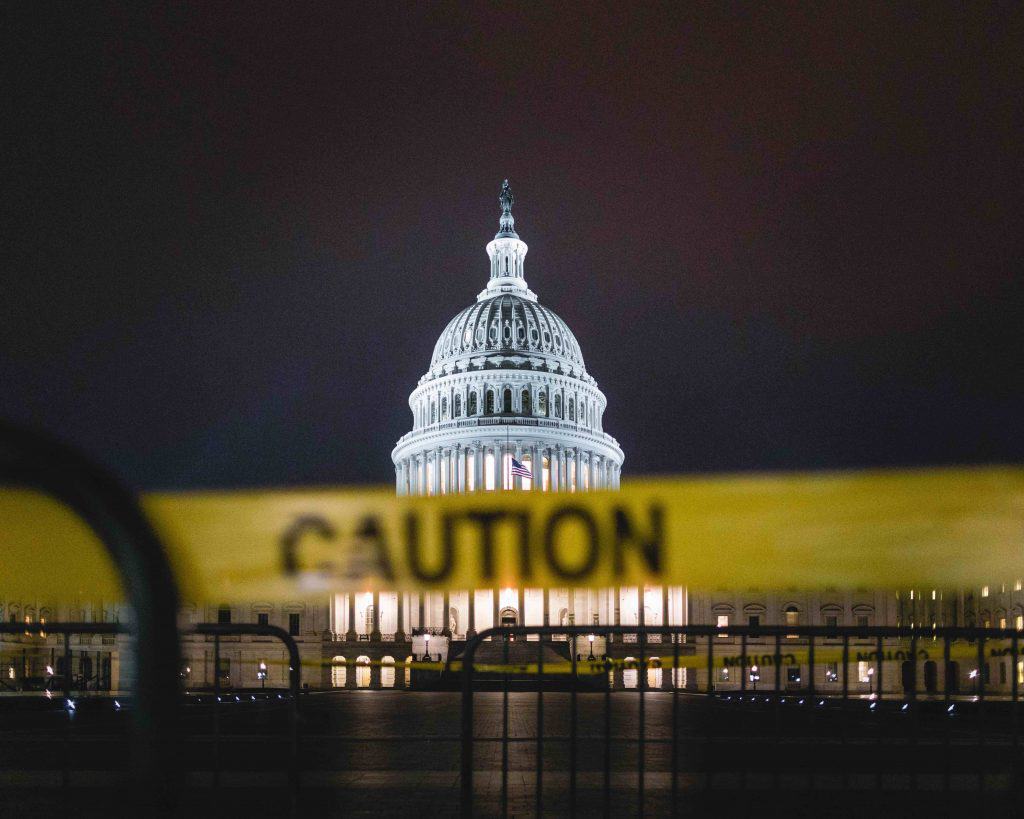 NCLA recently had the pleasure of hosting Peter Wallison at a lunch event to discuss his new book, Judicial Fortitude: The Last Chance to Rein in the Administrative State. (You can listen to audio of the event here.) As the title suggests, Wallison argues that to rein in our out-of-control administrative state, we need judges who have the fortitude to start enforcing constitutional limits on their power.

Wallison’s title comes from Federalist 78, where Alexander Hamilton discussed the importance of an independent judiciary, “It is easy to see” writes Hamilton, “that it would require an uncommon portion of fortitude in the judges to do their duty as faithful guardians of the Constitution, where legislative invasions of it had been instigated by the major voice of the community.” Public pressure, in other words, can impact judges just as much as anyone else. To maintain the courts as “bulwarks of a limited Constitution,” Hamilton argued, the Constitution must make judges as independent of outside pressures as possible.

I had occasion to think about judicial fortitude—and the lack thereof—while sitting in the Supreme Court in March watching oral arguments in Kisor v. Wilkie. Kisor involves one of the Court’s many judicially created administrative deference doctrines. The most significant and well known of these is Chevron deference, which requires judges to defer to agency interpretations of ambiguous statutes so long as those interpretations are “reasonable.” At issue in Kisor is Auer deference (or Seminole Rock deference, depending on which case one credits as having given rise to the doctrine). Under this doctrine, judges must defer to ambiguous agency regulations so long as they are “reasonable.” I use the term “reasonable” here loosely—hence the scare quotes—as courts rarely overturn an agency interpretation of a law or regulation because it is unreasonable.

There are many problems with judicial deference to agencies, but a major one is that it erodes the separation of powers. Under our Constitution, congress is supposed to make the law, the president is supposed to enforce it, and the courts are supposed to interpret it and settle disputes. This principle is fundamental to the rule of law and a free society—so much so, that James Madison thought the combination of these three powers in one branch of government would be “the very definition of tyranny.”

Over the years, congress has handed broad lawmaking power over to administrative agencies, which is a serious constitutional problem in and of itself. But judicial deference makes the problem worse by allowing administrative agencies to have the final say over the meaning of ambiguous statutes. To make matters worse still, under Auer/Seminole Rock, agencies can write ambiguous regulations that purport to interpret and apply ambiguous statutes, and courts have to defer to those as well. The result is that agencies assume massive amounts of power and the courts are powerless to (or, in the Supreme Court’s cases, refuse to) provide the independent check on government that they are supposed to provide. NCLA filed an amicus brief in Kisor in which we argue, among other things, that deference is a serious breach of the courts’ duty to exercise independent judgment.

Thankfully, in recent years, many scholars, including NCLA’s own Philip Hamburger, have shed light on these pernicious doctrines, and many judges are beginning to take note. Kisor is widely viewed as an opportunity to purge one of these doctrines from the law. But what I saw during oral argument left me wondering if that would happen.

Justice Gorsuch was the only member of the Court who was openly troubled by Auer/Seminole Rock deference. Justice Thomas, who almost never speaks during oral argument, is a solid critic of deference as well. And Justice Alito seemed opposed to the doctrine. But Chief Justice Roberts and Justice Kavanaugh were non-committal. And on the other side of the bench, Justices Sotomayor, Ginsberg, and especially Breyer are positive fans of deference to agencies. Justice Kagan seems to agree with her liberal colleagues.

One moment, in particular, captured much of what is seductive about deference and much of what is wrong with the doctrine. It happened while Justice Breyer was questioning the petitioner’s counsel about one of the main arguments in favor of deference, which is that the “experts” within our administrative agencies are best qualified to interpret the statutes they administer.

JUSTICE BREYER: But, as a practical matter, you’ve read the SG’s brief, I mean, there are hundreds of thousands, possibly millions of interpretive regulations. I mean, they give an example, one of them, where the Court deferred to the understanding of the FDA that a particular compound should be treated as a single new active moiety, which consists of a previously approved moiety, joined by a non-ester covalent bond to a lysine group. Do you know how much I know about that?

It was a clever bit of judicial theater, and, of course, the courtroom erupted in laughter as Justice Breyer no doubt expected. But consider the implications of his argument.

First, note the implicit dig on judges. They’re too dumb to be able to figure out complicated statutes. Math! Chemistry! Ick!

In fact, in the case to which Justice Breyer was referring (Actavis Elizabeth LLC v. United States FDA, 625 F.3d 760, 763 (D.C. Cir. 2010)), Judge Randolph of the D.C. Circuit didn’t have any trouble understanding what a “moiety” is. Maybe he did what I did and Googled it. Or asked a high school chemistry teacher. The point is, there are all sorts of ways a judge can figure out a complicated issue. After all, understanding the often-complicated issues at the heart of legal disputes is a judge’s job. (Yes, as Justice Breyer noted, the court in Actavis deferred to the FDA. But it was obvious that the Court understood the issues in the case, so it’s a good example of why deference is, at best, pointless.)

Second, if Justice Breyer is correct, and judges have no choice but to defer to agency experts on complicated issues, then aren’t we increasingly going to be ruled by bureaucrats? Congress legislates on many subjects and no judge can be an expert in everything. There are plenty of subjects at least as complicated as chemistry—finance, banking, medicine, environmental science, engineering, software, tax, and patents, to name just a few. It’s no answer to say that judges will step in when an agency interpretation is “unreasonable,” because if we take Justice Breyer’s argument seriously, how’s a judge to know when something he doesn’t understand is unreasonable?

Justice Breyer’s argument ultimately leads to judges taking themselves out of administrative adjudication entirely. And at the rate Congress is creating new agencies and those agencies are promulgating new regulations, the ultimate result is that we will have a government, not of limited powers that is checked by the other branches and answerable to the people, but an unlimited government controlled by administrative agencies—which is exactly what James Madison warned us against.

No, we are not there yet. But I’d have more confidence we won’t get to that point if judges would oppose the position Justice Breyer expressed during the Kisor argument with a bit more vigor.

If we are to prevent the slow and steady demise of constitutional government, what we need is a less judicial fecklessness and a more judicial fortitude.