The Constitution Protects You Even if You Don’t Know It 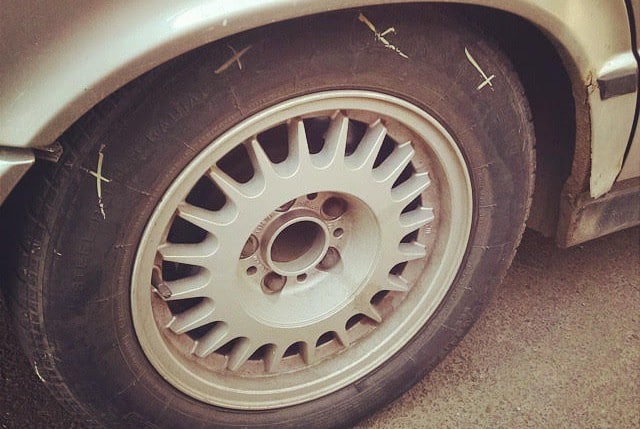 The problem with the Fourth Amendment is that it doesn’t really say what we want it to say. It “secure[s]” the “right of the people” “against unreasonable searches and seizures[.]” But it doesn’t say anything about our privacy. While courts have spent most of the last 50 years trying to work some sort of privacy protection into this text, they have largely ignored the Amendment’s original protections. A recent, and somewhat quirky, opinion of the Sixth Circuit Court of Appeals, however, should remind us that the text means something, even if we have long assumed it doesn’t.

The whole notion of the Fourth Amendment’s protection of privacy was created by the Supreme Court in 1967 in Katz v. United States, and very much reflected a pragmatic desire to limit government action without a strong textual basis to do so. Charles Katz was illegally, and habitually, placing bets over a particular payphone, and J. Edgar Hoover’s FBI couldn’t stand the thought of such terrible crimes going unpunished. So FBI agents installed a recording device in the payphone, so they could record whatever anyone, including Mr. Katz, said over the line.

Up to that point, courts understood the Fourth Amendment to only protect against physical trespasses by the government. “[S]earches and seizures” meant actually, physically, searching or seizing someone or something. And recoding his voice in a public phone booth didn’t involve actually touching Mr. Katz. As a result, at his trial Mr. Katz was not successful in trying to keep the secret recordings out of evidence.

But the ick factor was too much for the Court. Whatever the text might say, the Court simply couldn’t stomach the thought of letting the FBI get away with this kind of nonsense. To get to this outcome, the Court devised the reasonable expectation of privacy test. This says that even in the absence of a trespass, “a Fourth Amendment search occurs when the government violates a subjective expectation of privacy that society recognizes as reasonable.” And under this test, everyone knows that bugging a payphone should be a no-no.

Predictably, this helpful privacy doctrine suffers from two serious flaws. First, it is a pretty meaningless standard. While it has a nice, hefty, two-part inquiry, it ultimately comes down to whether a particular court, and specific judge, finds the government conduct too icky. While Justice Potter Stewart found a lot of government surveillance unpalatable, Justice Samuel Alito has rarely met a government intrusion that he didn’t like. Total subjectivity is not exactly a virtue in constitutional law.

Second, a reasonable expectation of privacy can be taken away by the government simply by habitually violating your rights. Not only must the target of the search expect privacy in a particular sense, but society has to agree that he should. If the government just invades your privacy all the time, then neither you nor society can reasonably expect them not to. This incentivizes the government to engage in large-scale and brazen surveillance.

Fortunately, the text of the Fourth Amendment still protects against trespasses, even if we have no reasonable expectation of privacy against them.

This point was recently illustrated by the Sixth Circuit in Taylor v. City of Saginaw, et al. Alison Taylor, “a frequent recipient of parking tickets,” sued the City of Saginaw, Michigan, because parking enforcement officers regularly marked her car’s tires with a chalk mark, to measure whether her car moved while parked in limited-time parking spaces. Amazing, she won, because even though basically every motorist in the United States has had their tires marked like this, it was an unlawful physical trespass onto her property. Even if Ms. Taylor had no expectation that the government act invaded her privacy, “when government invasions are accompanied by physical intrusions,” that expectation doesn’t prevent a constitutional violation.

The lesson here is that history still matters. Constitutional protections exist whether or not the government violates them every day. We’ve all probably had our tires marked, and therefore had our rights violated. If we understand history, and what the Constitutional was always meant to protect, we might find other, more significant, ways to limit these systemic violations.