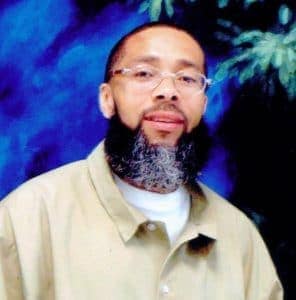 The rule of lenity requires that if a criminal statute is ambiguous, courts must interpret the ambiguity in a manner favorable to the defendant. There are two primary reasons for the rule of lenity. First, criminal laws must provide people with fair notice so people can live by the law. Second, it is the legislature’s job to define criminal activity. Recently, in United States v. Davis, Justice Gorsuch quoted Chief Justice Marshall and explained that the rule of lenity “is perhaps not much less old than the task of statutory construction itself.”

The First Step Act provides a current example of how ambiguity should be construed according to the rule of lenity. The First Step Act is a bipartisan, criminal justice reform bill that was signed into law by President Trump on December 21, 2018.

Previously, the Bureau of Prisons allowed federal prisoners to earn 47 days of good conduct time each year. The Good Time Fix provision of the First Step Act clarified that Congress intended for federal prisoners to be able to earn 54 days of good conduct time per year. While seven days may seem like a small difference, it makes a big difference when someone is serving a long sentence.

Such is the case of Robert Shipp, who was convicted in 1993 of drug-related violations. Shipp was originally sentenced to a mandatory life sentence. In 2015, his sentence was reduced to 360 months because of retroactive changes in the mandatory minimum sentencing laws. When the First Step Act was signed into law Mr. Shipp’s projected release date was May 6, 2019. However, the Bureau of Prisons did not implement the Good Time Fix until July 19th because of a statutory ambiguity regarding its effective date, and Shipp had to wait until then. The rule of lenity should apply in cases like this and require that the ambiguous “Effective Date” provision of the statute be construed in a way that maximizes its remedial goal. Abandoning the rule of lenity impacts lives like Mr. Shipp’s, who was deprived of his well-earned good time credit.

However, courts did not agree with this argument and declined to release people who would be eligible for an earlier release. Instead, courts held that the plain language of the First Step Act says that all amendments in the subsection go into effect after the risk and needs assessment has been completed by the Attorney General.

According to the Wall Street Journal, approximately 3,100 federal prisoners will be justly released because of the Good Time Fix on or after July 19th. With their release, legal challenges to the implementation of the fix have become moot. This leaves the broader question of whether the rule of lenity should prevent a prosecutorial entity like the Bureau of Prisons from interpreting an ambiguous statute in its own favor. In order to preserve the separation of powers and effectuate fairness, the rule of lenity should prevent prosecutorial entities from infringing on congressional will. The BOP’s delayed implementation of the Good Time Fix serves as a striking example of the injustice that results from deference to a prosecutorial entity in the interpretation of a criminal statute.