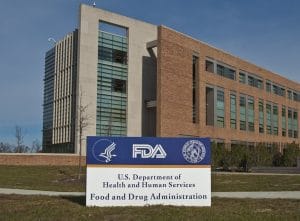 Answers Pet Food, a brand created by Pennsylvania-based company Lystn to provide high quality, organic pet food, is being targeted by the U.S. Food and Drug Administration for failing to comply with an unofficial, zero-tolerance policy toward naturally occurring strands of salmonella in minimally processed pet foods. The FDA refers to the policy as “guidance.” Answers Pet Food prefers to call it an “illegal shadow regulation” that denies due process—and threatens Fido’s healthy diet.

Without going through the procedures Congress requires for creating regulations, the FDA issued guidance that effectively banned salmonella in pet food. After some preliminary and contradictory outside tests of the company’s products, the FDA treated its non-binding policy as legally binding by pushing the company to recall their products nationwide.

Had the policy truly been non-binding—as the FDA claims—this story would have ended when the company refused to comply. After all, agency guidance, by definition, should mean that a company is free to reject it. Instead, for daring to defy its “guidance,” the FDA sent inspectors to the company’s facilities and pressured Colorado’s Department of Agriculture to target the company for additional enforcement actions. Perhaps worst of all, the FDA issued a scurrilous warning letter labeling Answers Pet Food as “represent[ing] a serious threat to human and animal health,” instructing customers to throw the food away.

These severe legal and practical consequence followed the company’s mere refusal to follow an FDA guidance policy; Answers Pet Food asserts that the “guidance” label is a false front, attempting to hide that the policy operates as an “illegal shadow regulation.”

Before the Food and Drug Administration can take enforcement actions—like those pursued against Answers Pet Food brand—it must prove the company’s products contain the type and quantity of salmonella that would ordinarily cause injury. (There are over 2,500 types of salmonella, only a small number of which are deemed injurious by the Center for Disease Control and Prevention.) Notably, the FDA has neither received reports of illness, nor even tested the company’s products itself.

In addition to conducting an inspection of the company’s products and thorough scientific analysis, the FDA must also enact its salmonella policy through the rulemaking process Congress requires under the Administrative Procedure Act. These procedures require the FDA to submit detailed scientific findings and respond to public comments about the propriety of its regulations. Further, these procedural safeguards provide food manufacturers with notice of FDA regulations and with time to comply.

Sidestepping these liberty-protecting procedures, the FDA simply declared its views through a “guidance” document. Now the FDA is using its guidance to bully companies like Answers Pet Food by slandering their products through public warnings, as well as through enforcement by state-level proxies.

Answers Pet Food maintains that its high-quality organic pet food, made with its signature “farm to bowl” philosophy, is completely safe for animal consumption. The company also asserts that the FDA’s actions against it are unsupported by science or legal authority. Refusing to simply acquiesce to bullying tactics, the company is suing the FDA to prevent enforcement of its zero-tolerance regulation masked as guidance.

Regrettably, the FDA’s action is not surprising. Just under one year ago, on July 31, 2018, the New Civil Liberties Alliance submitted a Petition asking the FDA to enact formal, enforceable rules through APA procedures to prevent the agency from creating or using guidance to unlawfully regulate the public. NCLA’s Petition explains that enforcing guidance—like the FDA’s salmonella policy—against private entities violates the Constitution and the Administrative Procedure Act, posing significant risks to the liberty of individuals and companies confronted with the coercive power of agency guidance. Yet, instead of adopting the proposed rule, the FDA continues to skirt rulemaking procedures and, as Columbia Law SchoolProfessor Hamburger has explained, tries to “make law simply by declaring [its] views about what the public should do.”

The procedures required in the Constitution and the Administrative Procedure Act—as well as the core liberties they protect—are not optional. And they may just save Fido’s sustainably sourced, organic dinners.