The SEC’s Made-up Power to Punish 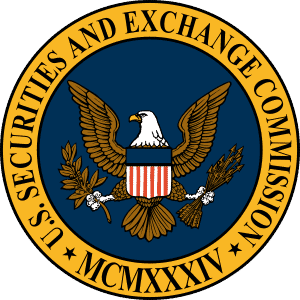 At some point in every lawyer’s career, they become familiar with, what I call, “hallway law.” This is the set of rules that everyone seems to think apply, but don’t actually have any basis in the law. Hallway law exists merely from inertia, but it can be very difficult to challenge. Sadly, courts are not immune to hallway law. Even without any legal basis for a particular rule, courts are loathe to change practices that they have always done.

One particularly troubling example of hallway law is the Securities and Exchange Commission’s practice of seeking “disgorgement” from regulated parties. The SEC originally only had the power to seek injunctions barring bad behavior when it enforced the securities laws. Thinking that this wasn’t strong enough to deter abuses in the industry, starting in the late 60s, the SEC also tried to convince courts that it should have the power to seek “disgorgement” of ill-gotten gains. Essentially, the SEC argued that it should be able to force bad actors to give back the money they shouldn’t have earned in the first place, to the people that were cheated.

This rather limited idea of disgorgement was accepted by the courts and started becoming a routine part of SEC enforcement proceedings. The courts reasoned that they had the equitable power to make bad actors give back money they shouldn’t have gotten in the first place. But the courts were also clear that disgorgement would only be permitted so long as “it does not serve to punish or fine the wrongdoer, but simply serves to prevent the unjust enrichment.”

Meanwhile, the securities laws changed, and Congress gave the SEC comprehensive authority to seek well-defined fines and money penalties for violations of the law. But, at the same time, the originally-limited idea of disgorgement expanded well beyond its original point. For example, the SEC routinely seeks punitive disgorgement order that are much more severe than the fines available under the law. And in 2018, the SEC took home $2.5 billion in disgorgement judgments as compared to about $1.4 billion in penalty assessments. Moreover, even though this money was supposed to only go to people who were cheated out of their funds, as the Supreme Court recently noted, “in many cases, SEC disgorgement is not compensatory,” and instead “disgorged profits are paid to the district court,” which then has the discretion of paying the funds either to aggrieved parties, or, often, “to the United States Treasury.”

This recently led the Court to ask whether disgorgement is a valid remedy at all. In Kokesh v. SEC, the Court took up the question of whether disgorgement was a “penalty” subject to a five-year statute of limitations. In the course of unanimously concluding that it was such a penalty, at least five members of the Court questioned the underlying validity of disgorgement in the first place. At oral argument, Justice Gorsuch bluntly said of disgorgement, “[T]here’s no statute governing it. We’re just making it up.” Meanwhile Chief Justices Roberts, Justice Kennedy, Justice Alito and Justice Sotomayor all emphasized that there didn’t seem to be any statutory basis for disgorgement. Ultimately, the Court declined to rule “on whether courts possess authority to order disgorgement in SEC enforcement proceedings or on whether courts have properly applied disgorgement principles in this context,” because the “sole question presented in this case is whether disgorgement, as applied in SEC enforcement actions, is subject to § 246’s limitations period.”

The implications of the Court’s questioning should be clear. Without any statutory authority for disgorgement, contemporary courts likely would not agree with the old view that the SEC should have some secret “equitable” power that was never defined by Congress. This is particularly true where the SEC now has specific authority to seek civil penalties. And even if they might buy into the notion that disgorgement is valid, the type of disgorgement that should be allowed at equity is vastly different from the punitive form sought by the SEC. But despite these implications, disgorgement continues to be sought and imposed, in its current, wholly invalid form. Lower courts continue to pay lip service to the problems identified by the Supreme Court, but insist that disgorgement is valid, because they’ve always done it. This is hallway law run amok. And it matters.

Disgorgement can be a sledgehammer wielded by the SEC to coerce settlements from people who may not have done anything wrong. Penalties are required to bear some relationship to actual misconduct, but disgorgement, as an “equitable” remedy, has fewer restrictions, and in many cases can be used to impose massive liability that bears very little relationship to any misconduct. When the SEC relies on this made-up power, they are acting beyond the limits set up by Congress and are acting instead as vigilantes. We should expect better of our law enforcement agencies, and courts must not allow this practice to continue.