The Next Level of Rulemaking Madness 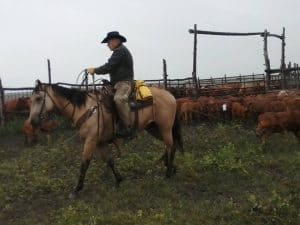 Despite the fact that both the Constitution and Administrative Procedure Act prohibit the practice, federal agencies often engage in the common-place tactic of issuing informal interpretations, fact sheets, and other forms of “guidance,” the practical outcome of which is to surreptitiously force the regulated community to comply with  a variety of “policy positions” that are not legally mandatory.  The agencies, in other words, use these guidance documents to make law.  This practice usurps the power of Congress and evades the legal requirements of formal rulemaking under the Constitution .

The United States Department of Agriculture (“USDA” or “Department”) and the Animal and Plant Health Inspection Service (“APHIS”) took this “guidance-is-law” ploy to a new level earlier this year, attempting to replace a properly-adopted regulation related to animal identification with an entirely new and costly approach, all of which was done under the auspices of a two-page “Factsheet.”

The USDA and APHIS know that they cannot enforce animal identification requirements without going through formal rulemaking.  They undertook that process throughout 2011 and 2012, and in 2013 issued the “Traceability for Livestock Moving Interstate” regulation (78 Fed.Reg. 2040).  That rule confirmed that cattle and bison producers could use a variety of identification techniques for their livestock, including brands, tattoos, ear tags, group identification numbers, and backtags.  That rule prohibited states and tribes from requiring livestock producers to use what is known in the industry as “radio frequency identification” or “RFID.”  Earlier this year, however, the USDA and APHIS reversed course, and issued a “Factsheet” entitled “Advancing Animal Disease Traceability:  A Plan to Achieve Electronic Identification in Cattle and Bison.”  That so-called Factsheet now mandates that those producers who seek to sell across state lines are required to tag their livestock with RFID ear tags.

Under the 2013 rule, our livestock producers have the right to market and sell their cattle and bison so long as they use one of the approved forms of identification – an identification program, by the way, that has worked extremely well for over 100 years.  Under the new RFID-only program, our livestock producers will be prohibited from selling their cattle and bison interstate unless they adopt and implement an entirely new form of identification. In short, these agencies have gone from a rule that prohibits an RFID-only approach, to one that mandates RFID use. The RFID pronouncement nullifies the 2013 final rule, while imposing additional costs of       $1-2 billion on the industry.

The Agencies’ approach is unlawful and cannot go unchallenged.  Fortunately, many in the livestock industry recognize what they have done and are willing to fight back.  NCLA has been retained by R-CALF USA (the country’s largest producer-only membership-based organization representing cattle producers on domestic and international trade and marketing issues), as well as cattle producers from Wyoming and South Dakota, to file a lawsuit challenging the rule.  This lawsuit has been filed in the United States District Court for the District of Wyoming and is a direct challenge to the USDA’s and APHIS’ attempt to use their recent “Factsheet” to force livestock producers to implement RFID in order to be allowed to sell their cattle and bison—their own private property—across state lines.  NCLA is challenging the Agencies’ use of guidance to repeal the protections and certainty provided for in the 2013 final rule.

This case is important well beyond the livestock industry.  Under our Constitution, Congress is the legislative branch responsible for making the law.  The executive branch, which encompasses USDA and APHIS, is tasked with carrying it out.  Congress has not passed legislation requiring animal RFID, these agencies have.  Of even greater concern is the fact that they did so through the use of a guidance document that, by definition, is not enforceable against, and should have no substantive impact on, the regulated community.  Contrary to those principles, forcing livestock producers to adhere to an RFID program will have an enormous impact on their operations, with noncompliance resulting in the denial of access to interstate markets.

No agency has the inherent power to make law and Congress has categorically prohibited agencies from issuing binding guidance. The APA was adopted to provide for greater uniformity of procedure and certainty, and to standardize administrative practice, including in the context of rulemaking. While Congress has granted to administrative agencies the authority to engage in such rulemaking, they may do so only in strict compliance with the mandates of the APA, including following the notice-and-comment procedure that ensures public participation.

The USDA and APHIS are seeking to force compliance through extralegal lawmaking.  That practice violates our Constitution and our clients’ Constitutional rights.  This situation is exactly why NCLA was formed—to stop federal agencies from improperly using guidance as a form of illegal extortion.

To make matters worse, federal agencies have become quite adept at avoiding judicial scrutiny of their actions by sidestepping formal rulemaking. When called to account for using force through “guidance,” they often argue that compliance is not “mandatory,” while also meting out punishment to anyone who fails to comply. Such punishment can be in the form of withholding federal funds or, as in this case, denying access to the only livestock market available for some producers.  They also seek to dodge judicial scrutiny by arguing that the rule is not ripe for review, or that it does not represent final agency action.

In this case it will be important for the court to ignore the title that the Agencies have used for this RFID rule and look at the substance of what they are doing. The USDA and APHIS designed this rule to have significant legal consequences and to block livestock producers from accessing a market if they fail to comply. Titling this document as a “Factsheet” does not alter its enforceability or impact.

The 2013 final rule was arrived at after substantial producer engagement and input. The USDA and APHIS should not be allowed to repeal and replace it using this innocuous sounding “Factsheet.”  We seek to expose what the agencies have done here, to educate the courts on those agency tactics that are designed to avoid the rulemaking process, to ensure that the agencies comply with their own rules, and to protect the rights of our clients to market and sell their livestock as per the 2013 rule.  We are asking the Court to enjoin the agencies from implementing a mandatory RFID program until they go through the proper legal channels to do so.  We are asking the Court to make clear that extralegal lawmaking will not be tolerated.