The Wholesale Nullification of FOIA 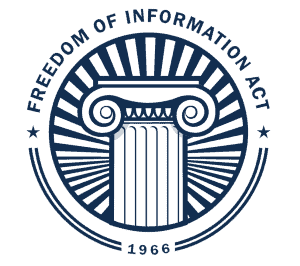 The Freedom of Information Act, or FOIA, is one of the most important legal tools Americans have for ensuring the federal government is transparent. Given the mammoth size of the federal bureaucracy, FOIA helps inform Americans of “what their government is up to,” in the words of Henry Steele Commager (1902–1998), an American historian and one of the most active and prolific liberal intellectuals of his time. FOIA has been an important way for the people to exert an iota of control over the administrative state. That check is crucial because federal administrative agencies are unaccountable to the people and also largely insulated from their elected representatives.

Say, you want to find out what a federal agency is up to. You file a FOIA request. The agency responds saying it has identified nine volumes of documents that are responsive to your request, but that it won’t release those documents to you because a few years ago the agency exempted itself from FOIA by passing a suspiciously self-serving regulation.

So, you look at the regulation. Mirroring the language in FOIA, the agency’s regulation says documents obtained from regulated parties that contain trade secrets and commercial or financial information are exempt from disclosure. However, the agency is interpreting “obtained from” to cover documents “created by” the agency and thereby expanding nondisclosure beyond the limits of Exemption 4 and its own regulations. If documents created by the agency are exempt from disclosure, then it is a wholesale nullification of FOIA, which was enacted precisely to eliminate such federal-agency secrecy.

You take this power-grab to court hoping the court will see through the agency’s faulty logic. You think perhaps only a federal official can say with a straight face that a provision that applies only to documents obtained from a person outside the agency also applies to documents created by the agency’s officials. But to your horror, the district court—because the agency interpreted its own regulation—defers to the agency’s interpretation under the Auer deference doctrine even if it makes no sense and even if the judge disagrees with the agency’s contorted reading.

This is what is at stake in the Ninth Circuit in a case in which NCLA filed an amicus brief. In the brief we urge the court to fulfill its duty of independent judgment and provide a non-biased, Auer­­-free venue where both the records requester and the agency are given the opportunity to make their case on a level playing field. While rejecting Auer on its own terms is vitality important to protect the people’s civil liberties, the need to do so has never been more urgent than in the FOIA context because it is perhaps the only way that the people can audit federal agencies.