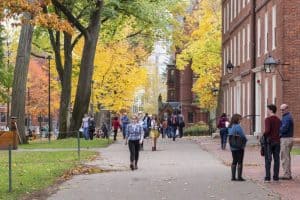 The Trump Administration has taken an important step in overhauling the administrative state by tackling the rampant abuse of agency “guidance.”

Instead of issuing formal rules, agencies have come to rely on informal interpretations, advice, statements of policy and other forms of regulatory “guidance” that declares agency views on what the public should or should not do. Guidance is supposed to explain existing legal obligations, and both the Constitution and federal statutes forbid agencies from using guidance to make new law by issuing requirements or prohibitions on regulated persons. But that has not stopped federal agencies from doing it anyway.

Worse, agency guidance is not always shared widely with the public. Sometimes agencies simply send letters to regulated parties “informing” them of brand-new legal obligations, while cutting out the public at large.

For example, in 2011 the Department of Education forced colleges and universities to eliminate due process protections for college students accused of misconduct in a “Dear Colleague Letter” it’s Office of Civil Rights sent to educational institutions. This and related documents decided, with no basis in existing law, that colleges were no longer allowed to provide accused students with basic constitutional protections, like the chance to confront the evidence against them. As Education Secretary Betsy DeVos recognized while later rescinding these guidance documents, scores of students were denied “due process” and “fundamental fairness” as a result of this informal lawmaking.

Unfortunately, when agencies have issued unlawful guidance, it has often been impossible to meaningfully constrain them. A regulator might issue a warning letter to a person engaged in lawful conduct, but judicial oversight will likely be unavailable because of the “informal” nature of the agency action. Of course, the warning may well be an unequivocal threat of enforcement action. And the regulated person may reasonably understand that failure to fall in line will carry severe consequences. But as long as the agency veils its threats carefully, the only way to challenge such guidance is to call the agency’s bluff and hope for a successful defense in an enforcement action. Unsurprisingly, most regulated entities opt instead to simply do what they’re told.

Consider again the Dear Colleague Letter. According to Secretary DeVos, colleges complied with the edicts sent “from the desks of un-elected and un-accountable political appointees,” because they were “terrified” of having the agency withhold educational funding. Between depriving their own students of fundamental protections or risking action by the agency, colleges across the country fell in line. And the letter was in effect until the Secretary herself determined that it was improper—not because of judicial intervention.

To confront these serious problems, the administration has issued two important Executive Orders constraining the use of improper agency guidance. In one, entitled “Transparency and Fairness,” agencies can no longer rely on guidance documents as a basis for enforcement. Instead, the agency must clearly identify a law that it thinks someone has violated before it can take legal action against them.

This means that agencies can longer threaten people for violating a bureaucrat’s informal sense of their legal obligations. This shouldn’t be revolutionary. But because of rampant administrative overreach this new limitation is a dramatic and much-needed reform.

To help enforce these limits, the administration has also issued an order titled “Bringing Guidance Out of the Darkness.” Now all executive branch agencies must identify and publish all guidance documents, whether new or already in existence, in a single location within 120 days. If the agency does not publish the guidance, it automatically becomes invalid. If the agency does publish it, interested persons can challenge the guidance and ask the agency to rescind it for improperly adding to legal obligations.

Not only will agencies no longer be able to bury legal interpretations in informal letters or agency bulletins, they will be forced to comb through their own statements and publicize those they are willing to defend. Likely agencies will decline to publish improper guidance in lieu of publicizing untenable positions. And even if the agency chooses to retain guidance that improperly attempts to impose new legal obligations, the order will make it much easier for parties to challenge that guidance with the agency and in court.

Together these executive orders will serve as a vital tool for limiting improper administrative action and holding agencies accountable for their conduct.