Automated license plate reading cameras (ALPRs) snuck up on us. It is time the law caught up with them. 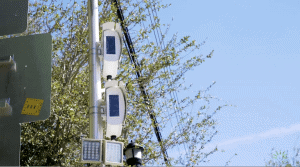 ALPRs are high-speed cameras that take photographs of vehicle license plates when they travel on public roadways. Originally ALPRs were installed primarily on police vehicles as a way to expedite license plate checks for expired registration, active warrants, or similar routine enforcement tasks.

As technology improved, however, ALPRs underwent a rapid expansion in number and scope. In the last decade jurisdictions around the country have installed fixed ALPR cameras on major roadways that record every license plate that passes by. Instead of checking a particular license plate to see if it is associated with an alert, the system collects all images and stores them in an aggregate view of traffic. The images are then stored and indexed in a searchable database. This allows law enforcement to look for a particular license number within a system and track that number through time and space.

Today, fixed ALPR cameras are widespread across the country. A 2016 nationwide survey of law enforcement ALPR use noted “[A]LPR acquisition has most likely tripled” in the last ten years.” These cameras can record up to 1800 license plate images per minute and, for busy roadways, collect tens of millions of images a year. At the same time, the cameras are integrated, and the collected images are shared, often by private vendors, with law enforcement agencies nationwide.

What started as nothing more than checking the license plate of a known vehicle in front of an officer’s eyes, has evolved into preemptive blanket surveillance of all vehicular traffic. Unfortunately, the law hasn’t caught up to the new forms of ALPR technology. The Fourth Amendment protects citizens “against unreasonable searches and seizures,” but it doesn’t say anything about ALPRs. The best we can do then is analogize to what we think the Founder might think about new technology.

Traditionally police officers have been entitled to look at someone’s license plate or vehicle identification numbers and check to see if there are, for example, any warrants associated with the number. This is because courts have decided we lack any reasonable expectation of privacy in our publicly available license plate number. After all, it is plainly visible to any passersby and is supposed to allow the police to check a car’s registration. This reasoning is a decent fit with fixed ALPR cameras on police cars. If an officer wants to run a single license plate from the car in front of him to check for warrants, it seems no worse than an officer writing down the VIN and calling it in.

The aggregation of data is a different story. The Supreme Court has recently recognized that “the sum of one’s public movements,” “reflects a wealth of detail about her familial, political, professional, religious, and sexual associations.” As New York’s highest court noted, comprehensive monitoring of a vehicle’s public movements in traffic reveals information of such an “indisputably private” nature it “takes little imagination to conjure: trips to the psychiatrist, the plastic surgeon, the abortion clinic, the AIDS treatment center, the strip club, the criminal defense attorney, the by-the-hour motel, the union meeting, the mosque, synagogue or church, the gay bar and on and on.” While these cases did not address ALPRs, they signal a recognition that the Fourth Amendment does have a role to play in this context.

Last year the New Civil Liberties Alliance filed a first of its kind lawsuit to stop the unlawful use of fixed ALPR cameras. The City of Coral Gables Florida, with a population of slightly more than 50,000 residents in a land area of approximately 13 square miles, has installed a system of 30 ALPR cameras at key intersections across the city, including I-95. The camera network comprehensively captures millions of motorists’ license plate information, including the time, location, and personal identifying information of the motorist, 24 hours a day and stores it in a searchable database for a period of three years. The City then shares all of this data, and access to the database, with at least 80 law enforcement agencies, including the Federal Bureau of Investigation, even when the data relates only to innocent activity. Collectively, this system allows any law enforcement officer to create a historical record of every person’s movements in the City for the past three years. NCLA sued Coral Gables on behalf of Raul Mas Canosa, a law-abiding resident of Coral Gables who objected to this surveillance state.

Predictably, in asking the court to dismiss the lawsuit the defendants ignored the technological advancements in ALPR technology and argued that Mr. Mas Canosa had no right to privacy in his public movements. To the proponents of the cameras, there were simply no limits at all on how long or how closely they could monitor Mr. Mas Canosa’s movements. This is the same as saying that police could simply follow him around, everywhere he went in public, 24 hours a day, forever, with no reason at all.

Fortunately, the court recently rejected the defendants’ nihilistic view of privacy rights and ruled that the lawsuit could continue. Without making an ultimate decision about what limits exist in the law, the court recognized that Mr. Mas Canosa’s complaints are legally valid and that he must be able to gather information about Coral Gables’ use of the ALPR system. This case is far from over, but it has already shown the vital role that courts play in protecting civil liberties from unchecked erosion by government actors. As Mr. Mas Canosa said, “I am grateful to the judicial system and to the New Civil Liberties Alliance for allowing my voice and my complaint to be taken seriously.”