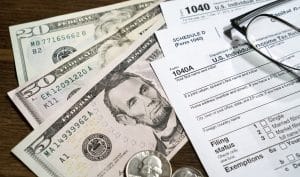 Perhaps you get a pass if you don’t know that there is a federal agency called the Federal Service Impasses Panel that resolves disputes between federal agencies and federal-employee unions. But the Internal Revenue Service is not some obscure federal agency. IRS is always lurking somewhere in our wallets and pocketbooks. If you are an average American, you spend up to two hours of your eight-hour workday making money for IRS. Few would disagree with the statement that IRS has an outsized influence on all of our lives.

It is surprising, however, that very few appreciate one of the best kept secrets about IRS—Section 7805 of the Internal Revenue Code. I certainly didn’t know about this provision until recently. I call it IRS’s “curio” power because it is so unusual—and likely unconstitutional.

Section 7805 authorizes IRS to issue rules and regulations and make them apply retroactively from the date IRS “substantially describe[ed] the expected contents of any … proposed” regulation to the public. Let’s digest that for a minute.

Say IRS publishes a bulletin on its website saying: IRS thinks there is a loophole in the statute with respect to taxing pensions and annuities. Congress is probably not going to do anything about it. So, we might issue a rule sometime in the future to close the escape hatch that taxpayers are exploiting to reduce their tax burden. That is a “substantial description” of a “proposed” regulation for purposes of Section 7805. Now, if IRS gets around to issuing a final regulation five years after they published the bulletin, they can make the new rule apply retroactively during that five-year period. That means taxpayers who relied on the loophole to reduce their tax burden are now required to cough up five years’ worth of back taxes (and probably even penalties for late payment).

Keep in mind, the taxpayer is not doing anything illegal or immoral in taking advantage of an exception that Congress enacted to reduce the tax burden. IRS, predictably, frames that as a bad thing because otherwise IRS is not able to raise as much revenue as it would have had the exception not existed.

Retroactivity in IRS’s hands is alarming. We could easily spend a whole day discussing the various reasons why IRS’s authority to give retroactive effect to its regulations is unconstitutional. Other scholars have flagged retroactivity as an extremely dangerous tool that federal administrators use to diminish the rights and civil liberties of the people. There is, however, an additional reason why Section 7805, independent of the retroactivity problem, should be peculiarly unconstitutional, specifically because its power is wielded by IRS.

Article I, Section 7, Clause 1 of the U.S. Constitution—also called the Origination Clause—declares that “All bills for raising revenue shall originate in the House of Representatives; but the Senate may propose or concur with amendments as on other Bills.” A straightforward application of this Clause should indicate the constitutional problem with a provision such as Section 7805.

If Congress enacts a statute that reduces the amount of taxes one has to pay, that decreases the “revenue” flowing into the federal treasury. When IRS, by regulation, discards that provision established by Congress, the regulation raises revenue that flows into the U.S. Treasury. But revenue-raising measures, by the plain words of the Constitution, must “originate in the House of Representatives.” If, instead, IRS’s rulemaking raises revenues, that very well may violate the Origination Clause.

The Origination Clause is an important non-delegation principle expressly stated in the Constitution. Only Congress, specifically the House, can originate bills for raising revenue. That is because, under the original plan of the Constitution, the people’s representatives, not unelected officials, have the duty and authority to raise revenues for the operation of the federal government. The Constitution specifically withheld this authority from the Senate even. Before the ratification of the Seventeenth Amendment in 1913, the Senate represented the state governments, not the people. That this authority is withheld from a body that did not represent the people is telling. Section 7805’s cession of the House’s prerogative to an unelected and unaccountable federal agency has breached an important promise the Constitution made to the people. To borrow James Madison’s words, a statute like Section 7805 is “the most complete and effectual weapon” to disarm “the immediate representatives of the people.”

Congress should consider taking this formidable tool out of IRS’s toolbox. And until it does, we should add creating awareness about Section 7805 to our list of things that government could do to downsize the impact unelected federal officials have on our lives.