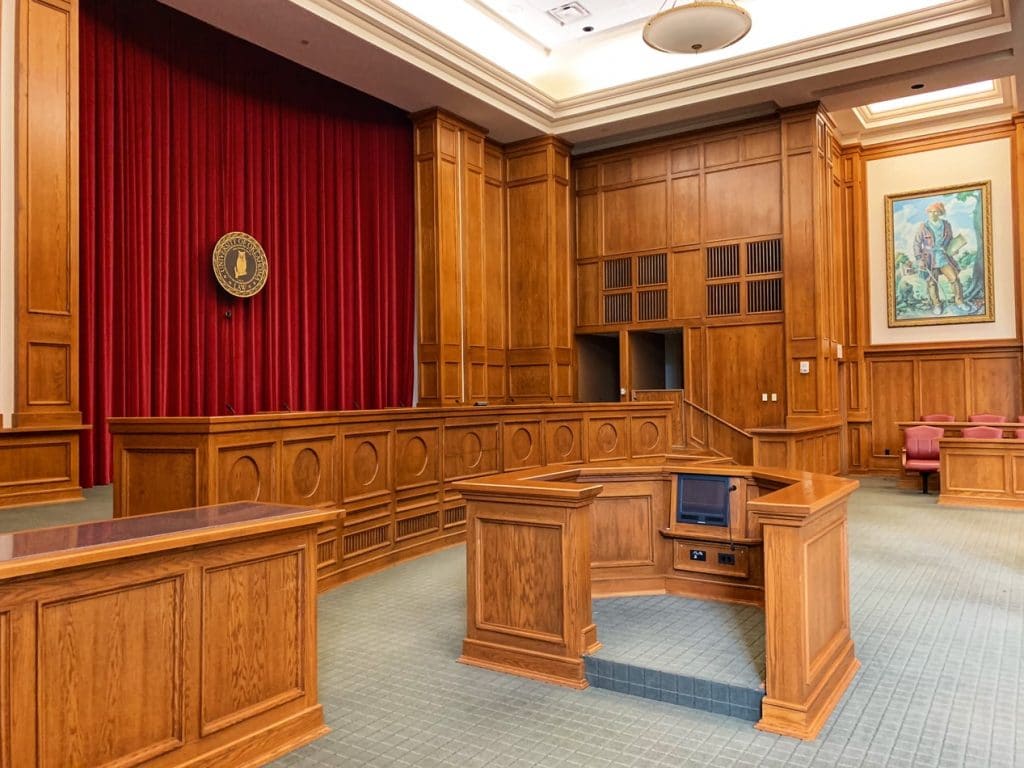 The founders believed that trial by jury was among the most precious rights secured by our federal constitution. State constitutions similarly protect the right to be judged by a jury of one’s peers in some form in every state. New Civil Liberties Alliance, where I work, is dedicated to restoring and protecting those rights.

Trials used to be important community events where people could see justice meted out, know how their government worked, and observe and critique prosecutions, participate in finding facts and dispensing (often) rough justice, identify where miscarriages of justice occurred and generally know how the business of law works. Now, it’s hard to find a newspaper with reporters on the courtroom beat or a trial to which to dispatch them.

A recent report shows that since 2000, the number of federal civil and criminal jury trials has dropped by more than 53%, even though the number of new cases filed has increased by 7.7% in the same period. The disappearing jury trial has been the subject of commentary for years, and opt-in programs to encourage swift jury trials have not stemmed the decline.

The Invasion of the MDL Monster

Yet another study has shown that, shockingly, we have reached a point where the majority of cases filed in federal court are Multidistrict Litigation (MDL) cases. For those in the know, MDLs are a deeply problematic method of consolidating mass tort cases before a single federal judge whose primary mission is to settle the case, not apply law to the facts and dispense justice according to the rule of law. So, again, our courts are flooded with cases that will never be tried.

Americans are also ten times more likely to be tried before an administrative law judge (ALJ), who is employed by the government agency prosecuting the case and who too often functions as prosecutor, judge, jury and executioner. The Federal Trade Commission (FTC) wins 100% of its cases before its ALJs; the Securities and Exchange Commission (SEC) is close behind with a win rate in the high 90% range. The case law shows that federal courts will punt even constitutional cases to an ALJ, even though those ALJs have no lawful authority whatsoever to rule on constitutional questions. And given these overwhelming odds against the people charged, the agencies have a 98% settlement rate, which means that the nearly all of our disputes with the government never see the light of day or undergo the disinfecting benefits of public airing of the fairness and reach of the exercise of government power by administrative agencies.

In sum, law increasingly has become a game of risk avoidance tilted in favor of the government and lawyer interests every time. Actual trials, civil or criminal, before an unbiased judge, where the outcome is unknown ahead of time, are almost unheard of. Plea bargains, settlements, Master settlements, MDL settlements and administrative proceedings with preordained outcomes are the name of the game. No wonder public confidence in our system of justice is so low.

Apart from the legal questions raised by this drastic decline in jury trials or bench trials, important policy questions are also being aired by judges and scholars. One judge, 6th Circuit Judge Amul Thapar, attributes the widespread professional dissatisfaction, mental illness and substance abuse in the legal profession to the scarcity of this time-honored method of resolving disputes. “They went to law school to become trial lawyers, and they become discovery dispute [attorneys],” he notes. “I think we need to get back to trials.” Other judges have noted a major increase in pro se litigants clogging the courts with their hapless unrepresented attempts to defend themselves or assert their rights, undoubtedly driven by the high cost of legal representation.

Judges should not be drop-kicking their normal caseload to ALJs at the government’s behest. MDL cases should not be overtaking the federal system—but they are because they make lawyers rich beyond measure and the cases all settle because settlement avoids appellate review and correction of these legally dubious wealth transfers. Lawyers are no longer lawyers but cogs in a discovery machine or entrepreneurs in a system of barratry. Clueless pro ses stumble through the system, depressed lawyers flee the profession and judges abdicate to agencies.

And the twelve good men and true of the jury are absent altogether.

This is not how a system of justice and rule of law, once the envy of the world, should operate. But when a system has lost sight of its original purpose and becomes deprived of its energy and vitality in dispensing the difficult and imperfect business of justice, zombified is not too strong a word to apply to the sorry state of our judicial system.