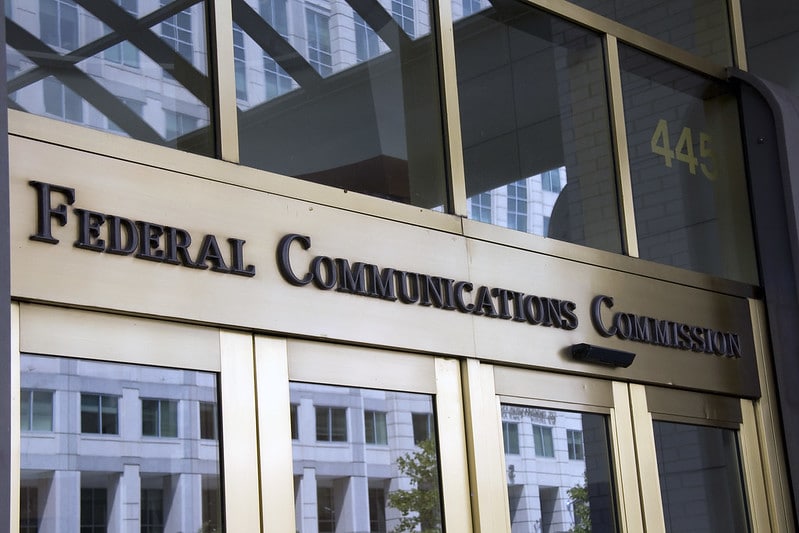 The Federal Communications Commission is proposing a new regulation to “promote more efficient resolution of hearings.” The Procedural Streamlining of Administrative Hearings Rule, as the FCC calls it, claims that none of its hearings require oral testimony. For decade after decade and Commission after Commission, the FCC has held trial-like adjudications with oral testimony pursuant to Congress’ command that the FCC hold administrative hearings. But now the FCC claims that the statutory definition of “hearing” could mean that a written record is all that the statute—and the Constitution—requires. Balderdash.

Come to think of it, the FCC’s proposed rule reminds me of the game, Balderdash. The game starts with a real, but obscure word. Each player secretly writes down his or her guess as to what the word means. Each player’s definition is read in turn along with the real one. The goal is to choose the actual correct definition, while tricking opponents into selecting yours.

This technical description doesn’t do the game justice—it’s a lot of fun and against creative competition, it’s downright hysterical. For example, I played a game where definitions offered to describe “slangwhanger” included:

slangwhanger: someone who overuses slang to the extent that he or she is no longer understandable (e.g., Can you help me decipher Bob’s slangwhanger text message, “?4U- WAWA? FWIW, IDK. LOL!”).

For the record, a “slangwhanger” is a loud and abusive speaker or an obnoxious writer.

The proposed rule resembles Balderdash because the agency is taking a word with a clear meaning, “hearing,” and redefining it to suit bureaucratic efficiency. The goal of adjudication, however, is not to achieve efficient results—it is to achieve just results through a systematically thorough and fair process before an impartial tribunal. Moreover, even if the Proposed Rule’s goal were defensible, which it is not, the Commission lacks the authority to adopt a rule that would rewrite two federal statutes.

In 1934, Congress enacted the Communications Act, which established the FCC as an independent federal agency. Among other things, Congress tasked the FCC with conducting hearings in certain circumstances. The Act sometimes described the hearings just as that—“hearings”—but sometimes it described regulated parties’ adjudicatory rights as “full hearings,” “a right to be heard,” and “a full opportunity for hearing.” And it did so without expressly defining the terms in the Act. The FCC claims that formal trial-like hearings are only required when the words “on the record” appear in a statute.

If adopted, the Streamlining Rule will convert live hearings with their unique attendant due process protections—not the least of which is an opportunity to cross-examine witnesses—into an exercise in limited civil discovery and static memoranda filing. The Commission’s declaration that none of its hearings require oral testimony is demonstrably wrong. Indeed, its claim is a disingenuous interpretation of the Communications Act and the Administrative Procedures Act (APA), and an obtuse reading of the due process rights guaranteed under the United States Constitution.

The point, of course, is that the FCC shouldn’t be playing Balderdash with the Communications Act or the APA because the right to due process is not a game. The Supreme Court has recognized that when Congress requires an agency to hold a “full hearing,” it confers on participants “the privilege of introducing testimony” and requires the agency to base its decision on the facts adduced at the hearing. The Supreme Court has also held that a “full hearing” protects “those fundamental requirements of fairness which are of the essence of due process in a proceeding of a judicial nature.” Thus, the Supreme Court has already rejected the Commission’s contention that the APA should be read so narrowly as to exempt agencies from conducting formal hearings wherever an organic statute omits the phrase “on the record.” Moreover, the constitutional requirement of procedural due process derives from the same source as Congress’ power to legislate—it is interwoven into every statute enacted.

The APA requires a full hearing in every case where Congress has made agency adjudication mandatory. Due process is what matters when an agency pretends to be a court and holds hearings, not magic words like “on the record.” Thus, where the Communications Act requires hearings, the Commission must oblige and conduct trial-like hearings with all the attendant due process protections. The Commission cannot regulate-away statutory mandates established by Congress in the APA and the Communications Act—not to mention fundamental fairness protected by the Constitution—with APA rulemaking. Only Congress can redefine statutory terms.

The Commission claims that live testimony hearings impose significant burdens and delays on the agency and regulated parties. That may very well be true in some cases. The Commission also claims that the Streamlining Rule would expedite the FCC’s hearing process, and that in some circumstances, live testimony is unnecessary. That, too, may be true. But if the Commission truly wants to enhance efficiency in its adjudicatory system “while ensuring transparency and procedural fairness,” it should advance a rule that permits regulated parties to voluntarily waive their right to full hearings on their own initiative, and only then adjudicate by written record. Written record adjudications can’t be a mandatory one-size-fits-all replacement for hearings.

The problem with the Streamlining Rule is that regulated parties have no choice as to whether they are afforded a live hearing to plead their case. If the Commission is genuinely concerned about the mutual burdens faced by the agency and regulated parties where live hearings are not necessary, a voluntary regime would better protect the parties’ interests. NCLA commented on the proposed Streamlining Rule and offered a simple, straightforward rule to address all concerns:

All regulated parties subject to a statutorily mandated hearing may opt for adjudication on the written record, or they may exercise their right to a full hearing without penalty.

The benefit of this simple rule is that a party facing the Commission can choose to use live testimony, cross-examination, and other features of trial-like hearings to persuade the Commission, or it can choose a written record review. The Commission can thereby enhance efficiency without infringing on due process rights. The FCC must be a good steward of public resources, but it may not prioritize efficiency over statutorily and constitutionally protected principles of fundamental fairness. The Commission should withdraw the Streamlining Rule and propose a voluntary rule such as the one proposed by NCLA.

Justice Antonin Scalia once wrote: “Words have meaning. And their meaning doesn’t change.” Remarkably, even Justice Elena Kagan cites dictionaries in 50% of her opinions. Regardless of the justices’ political or philosophical point of view, they appreciate that the ordinary usage of a word is essential for statutory analysis and that only Congress can redefine statutory terms. This makes sense. If people can’t agree on basic word definitions, what’s the point in having written laws? If we can’t attribute to words their plain and ordinary meanings, our civil liberties will fall victim to the ad hoc nonsense of vague laws.

Balderdash is a fun game precisely because its words are obscure and no one agrees on those words’ meaning. “Hearing” is quite the opposite. It is a commonly understood word that Congress chose to use multiple times in the Communications Act and APA to describe a procedure for resolving disputes. The Commission can’t alter its definition. So, until Congress changes its mind, the FCC must offer regulated parties live, trial-like proceedings wherever Congress directed it to conduct hearings.

At least, that’s the opinion of this constitutional slangwhanger!