Disgorging an Unwarranted Seizure of Power in the Ninth Circuit 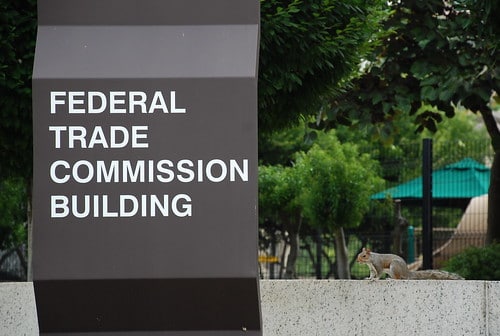 “L’audace, l’audace, toujours l’audace” was the famous watchword of Napoleon, later adopted by Patton, to describe their belief in attack over defense. The French phrase meaning “Audacity, Audacity always Audacity” is becoming the slogan of more than one firm embroiled in conflict with the Federal Trade Commission (“FTC”). We previously wrote about the Axon case where a company under attack by the FTC for an acquisition sued the FTC in Arizona for overstepping its Constitutional bounds. NCLA submitted an amicus brief with that Court on the availability of the federal district courts to vindicate constitutional rights. Now Axon has appealed the dismissal of its case to the Ninth Circuit. While Axon attempts to get a hearing on its constitutional claims, which the FTC will not hear and which it does not have the competency to adjudicate, the administrative case against Axon will go on.

Meanwhile, also in the Ninth Circuit, Online Trading Academy (“OTA”) has filed an interlocutory appeal of the preliminary injunction entered in the Central District of California against it, despite a clean bill of health by California regulators, cooperation with the FTC, a long business record and a first filed suit in Chicago on the extent of the FTC’s powers. The OTA story mirrors that of Axon. OTA was being investigated by the FTC. It struck first filing a Complaint against the FTC and attacking the nature and breadth of its regulatory powers. That case was filed in Chicago in early February. The FTC therefore knew who OTA was, who was representing it, and that it was dealing in an above-board way in court with the FTC. This was not a company hiding or avoiding regulatory scrutiny. So, the FTC behaved reasonably right? Nope. It filed an ex parte action in California to shut the company down.

An ex parte action is one where they don’t tell you you are being sued, your attorneys don’t get notice to appear, and all your assets are frozen by the court hearing only one side of the story. The Judge enters the order without any word from the accused. Reading through the request for ex parte relief it does not appear the attorneys for the FTC told the Court an action was already pending in Illinois. OTA had been in business for a quarter of a century, so it was just coincidence that this California suit was filed two weeks after OTA sued the FTC? The FTC routinely files ex parte, gets assets frozen, and the Defendant then cannot afford attorneys. Whether the allegations the FTC makes are true or not the Defendant is crippled in its defense.

So why did OTA sue in Chicago? Likely because of the landmark decision by the 7th Circuit in FTC v. Credit Bureau Center, LLC et. al. There the Circuit overturned its earlier ruling, FTC v. Amy Travel Service, Inc., 875 F.2d 564 (7th Cir. 1989), and held that the FTC did not have its asserted power of “disgorgement.” Credit Bureau Center, relying on intervening Supreme Court precedent, struck a blow against the lawless practice of the FTC claiming “disgorgement” power despite the fact that no statute authorizes that remedy. In fact, the type of “disgorgement” claimed by the FTC does not exist in equity. The equitable remedy of disgorgement traditionally grants a court in equity power to isolate monies or property that a tortfeasor has taken by force or fraud and hold it for the rightful owner. The FTC however, claims that any revenue and any assets of anyone it sues can be taken if it proves any portion of its case. If those assets are gone, it can seize other monies of the Defendant. That is why negotiations with the FTC pretty much go like this:

Accused Company “What do you want us to do and how much do you want?”

FTC “Close down, and how much you got?”

The remedy that the FTC asserts is a classic chose-in-action. The FTC merely calls it an equitable remedy so it can avoid jury trials. What it actually obtains, without justification, is a judgement at common law. Our Constitution requires jury trials for any such action at law over $20.00. U.S. Const., Amend 7.  NCLA attacked a similar unsupported claim of “disgorgement” power by the FTC in its amicus brief in Lieu v. SEC.

Which brings us to the Ninth Circuit. The Ninth Circuit has, so far, followed the old ruling of the 7th Circuit, Amy Travel Service. But two Judges, O’Scannlain and Bea, of that Circuit have strongly insisted that its precedents are wrong. The case, FTC V. AMG Capital Management, LLC, No. 16-17197 (9th Cir. 2018), has a petition for certiorari still pending before the Supreme Court, which is also still in the midst of deciding the Lieu case. As of April 2, 2020, the Court had rescheduled a decision on the petition in AMG.

Both cases, Axon and OTA, are high-stakes gambits for the FTC and other agencies that have proceeded lawlessly for a quarter of a century. It is to the plaintiffs’ credit they have decided to fight, as most companies roll over and do what the bureaucrats want. The FTC’s high-handed actions have not only been rebuked in the 7th Circuit by Credit Bureau Center but also by the Third Circuit in Federal Trade Commission v. Shrire Viropharma, Inc. as ably described by my colleague Rich Samp and further by the 11th Circuit in LabMd v. FTC. All three of these cases were decided in the last two years. They were only possible because the companies involved were willing to fight as far as they had to for victory.

Now two cases headed to the Ninth Circuit are likely to once again challenge the FTC’s unfettered power to tie up a company for years in its expensive and expansive regulatory procedures or, striking without warning, seize all of a company or individual’s assets before any lawyer is allowed to speak on their behalf. Perhaps one or both of them will continue the needed judicial scrutiny of unfounded claims of power by the FTC.