Daytona Beach Cops, You Need a Warrant to Use ‘Pandemic Drones’ 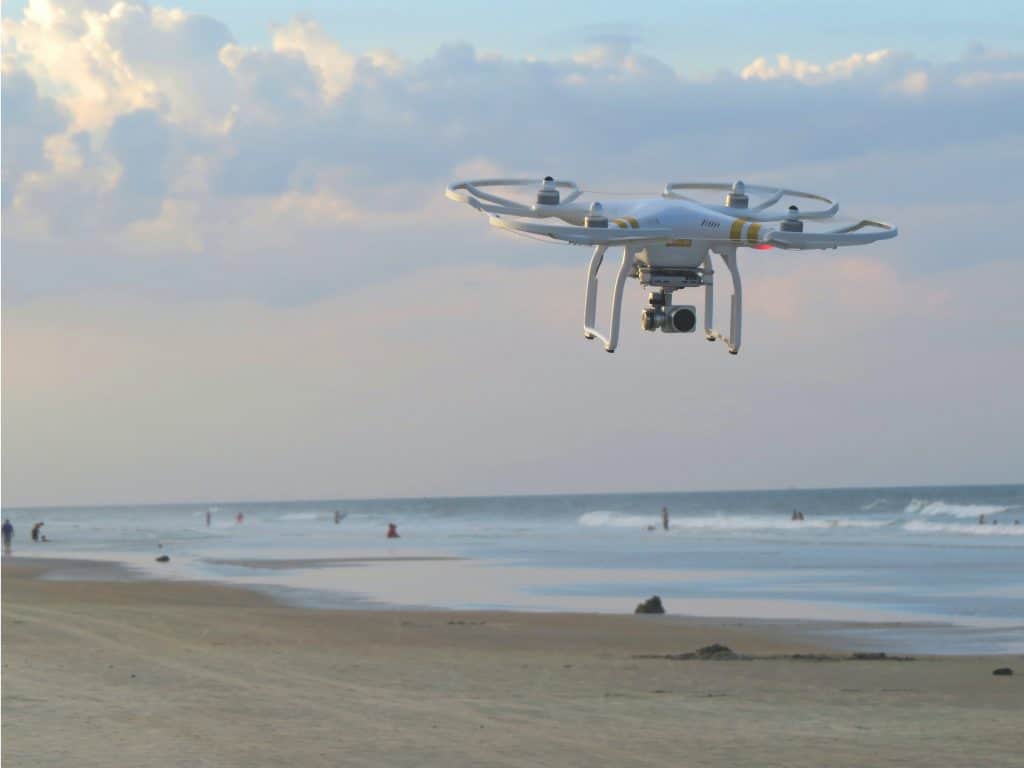 Just because powerful surveillance technology exists doesn’t necessarily mean we should use it. This holds true even when faced with unprecedented challenges from a pandemic. Unfortunately, the Daytona Beach Florida Police Department didn’t get the memo.

According to recent statements by representatives from the Daytona Beach police, the Department has recently deployed an unmanned drone that “is equipped with a digital camera and a heat-detecting device, FLIR (Forward Looking Infrared)” “that can check for fevers” among citizens who are not suspected of any wrongdoing. According to police spokesman Messod Bendayan, “The drone equipped with FLIR will be able to read people’s temperatures from a distance of 300 to 400 feet.”

The drones will be deployed specifically to monitor the public for symptoms of the novel coronavirus and attempt to check innocent members of the public for fevers. “If I zoom in on a crowd of people and… everybody was 98.6 degrees or whatever the new normal is, 97, and somebody has a 102 fever, he would be red in a crowd of orange people[.]” said Sergeant Tim Ehrenkaufer. He also confirmed the Department has already used this technology multiple times.

The implications of these statements are terrifying. By the Department’s own reckoning, they expect to fly drones throughout the city to try to “zoom in on a crowd of people” and pick out someone with a fever—whether related to coronavirus or any other sickness. Presumably, the police will then use that information to go after the person they think might have a fever—perhaps even detaining or arresting them in the interest of “public safety.”

The Department’s high-tech attempt to do something about the pandemic is a gross invasion of constitutional rights. The Fourth Amendment protects everyone’s right to be “secure in their persons” from unreasonable government intrusion. This protection forbids the government from intruding into your body, for example, by administering a breathalyzer, unless it has a valid basis to think you have committed a specific crime. It also forbids the police from gathering your private health information without the same level of suspicion. The U.S. Supreme Court has said that the police can’t use a “video camera showing heat images” to search somewhere “that would previously have been unknowable without physical intrusion” without a warrant.

Obviously, the authors of the Fourth Amendment didn’t anticipate the police would fly unmanned drones around Daytona Beach so that they could scan the temperatures of innocent citizens for the possibility of a fever. But they did establish principles that make it clear that they would be appalled at such conduct. The citizens of Daytona Beach don’t yet live in an authoritarian regime, and even in a pandemic, the Fourth Amendment protects their most private health information from being gathering by the police for absolutely no law-enforcement purpose.

Notably, Daytona Beach is not the first police department to look into this drone technology. Westport Connecticut police recently announced they intended to implement a similar effort to take the temperatures of its citizens from drone-mounted cameras. But the department immediately scrapped the idea in the face of resounding condemnation from those concerned about constitutional rights.

The Daytona Beach Police Department must follow Westport’s lead and end their use of temperature-detecting drones immediately. If the Department continues to use drones in this way, it could well invite a lawsuit from the citizens of Daytona Beach.