It’s Not Better to Beg: The SEC’s Unforgivable Use of Unlawful Guidance 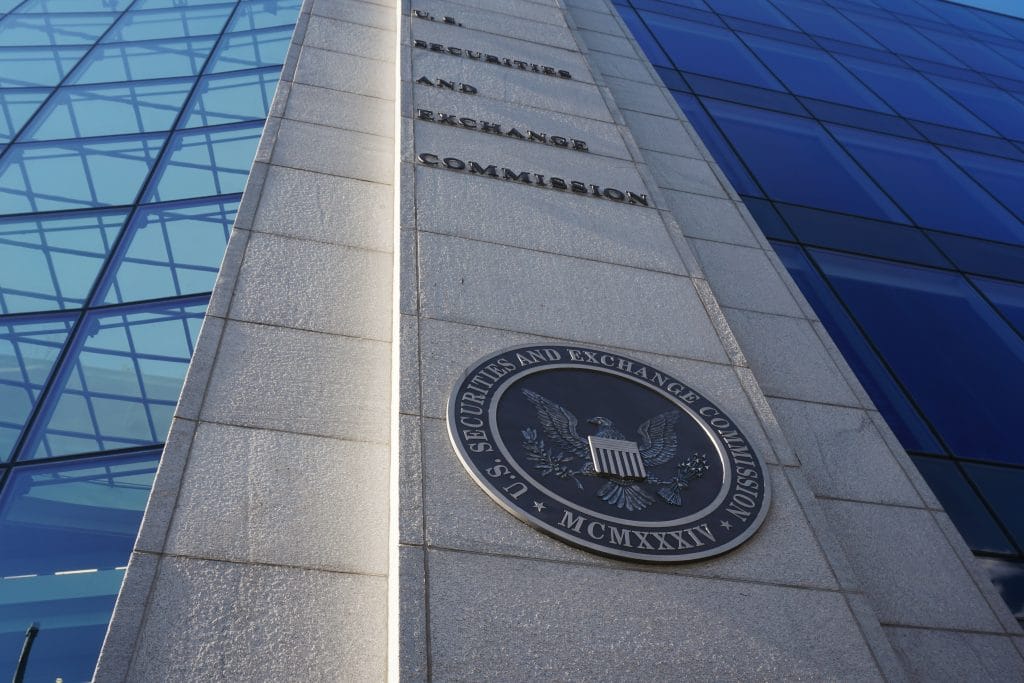 In one context or another, we’ve all chuckled at the witticism: “It’s better to beg for forgiveness than to ask for permission.” And why not? It’s funny and ironic because it’s vaguely subversive and there’s a kernel of truth to it. But I’ve noticed there are two times when the wisecrack is definitely not funny.

First, anytime I say that to my wife. Ordinarily, she has a great sense of humor. But for some reason, her sense of humor goes out the window when I jokingly say it’s better to beg for forgiveness—she doesn’t even crack a smile. But I’ll keep trying.

Wielding all this federal power, the SEC has embarked on the Share Class Selection Disclosure Initiative (SCSD Initiative). Instead of going through the procedures required by statute to implement the SCSD Initiative, the SEC decided that agency “guidance” is good enough. The Commission should beg for forgiveness because it certainly didn’t ask for permission.

And no one is laughing.

The principal way Congress reins in an agency’s legislative overreach is the Administrative Procedure Act (APA). When promulgating new rules, the SEC must publish notices of proposed rulemaking to provide for public comment. These procedures are designed to give the public and regulated parties an opportunity to participate in the rulemaking process and to have an avenue through which they can challenge bad rules in court.

Agency “guidance” documents are not rules, so they are not promulgated through APA notice-and-comment rulemaking. As recently explained in Executive Order 13892, “guidance” is “an agency statement of general applicability, intended to have future effect on the behavior of regulated parties, that sets forth a policy on a statutory, regulatory, or technical issue, or an interpretation of a statute or regulation[.]” In other words, guidance documents are supposed to be nonbinding clarifications of existing law. Guidance cannot—or at least, should not—bind parties outside the agency. Unfortunately, since guidance-making is a lot easier than rulemaking, agencies often unlawfully use guidance to engage in backdoor rulemaking. A report by the House Committee on Government Reform “found that some guidance documents were intended to bypass the rulemaking process and expanded an agency’s power beyond the point at which Congress said it should stop.”

Nearly two years ago, NCLA submitted a Petition for Rulemaking to the SEC, asking the Commission to adopt NCLA’s proposed rule that would end the SEC’s unlawful practice of regulation through guidance. The Commission’s response? Crickets—we haven’t heard a thing. In the meantime, the SEC decided to double down on its use of unlawful guidance by issuing the SCSD Initiative.

The SEC’s 12b-1 Disclosure Rule

If you have a 401k or other retirement plan, you probably own mutual funds. SEC Rule 12b-1 permits mutual funds to use fund assets to promote themselves by paying investment advisors to sell mutual fund shares. The investment advisor, though, must provide his or her clients with a written disclosure regarding this potential conflict of interest. This rule has been in effect since 1980. It was promulgated through notice-and-comment rulemaking, and the only way to undo the rule is with subsequent notice-and-comment rulemaking.

In 2018, having failed to reshape Rule 12b-1 through APA notice-and-comment procedures, the SEC launched the SCSD Initiative. Until the 2018 SCSD Initiative, advisors were required to disclose that they placed their clients in a 12b-1 fee paying share class and that the receipt of 12b-1 fees created a potential conflict of interest. After the 2018 Initiative, the SEC required advisors to make additional disclosures, including a statement that “a lower-cost share class was available.”

The SCSD Initiative has successfully coerced the securities industry. It has pressured investment advisors to refund over $125 million in 12b-1 fees and the Division of Enforcement is seeking civil monetary penalties from advisors that do not self-report their historical noncompliance with the new standards. It should be plain that SCSD Initiative guidance doesn’t supplement existing law. It unlawfully imposes newly minted specific requirements on the investment advising industry.

The SEC is using SCSD Initiative guidance, rather than its APA rulemaking authority, to change longstanding, widespread, and previously uncontroversial business practices. The SCSD Initiative is a substantive addition to the law forced upon regulated parties in the form of regulation-by-enforcement. Given the SEC’s difficulties in amending Rule 12b-1 through lawful notice-and-comment rulemaking, its opting for unlawful guidance is not surprising. As NCLA President Prof. Philip Hamburger has explained in his book Is Administrative Law Unlawful?, “[w]hen agencies want to impose restrictions they cannot openly adopt as legislative rules … they typically place the restrictions in guidance, advice, or other informal directives.”

To combat this abuse of bureaucratic power, NCLA jointly filed a Petition for Rulemaking with the Competitive Enterprise Institute (CEI), the Financial Services Institute (FSI), and the American Securities Association (ASA). The coalition has adopted the hashtag #RegsWithoutRules to highlight the SEC’s guerilla governance tactics. When the coronavirus stay-at-home orders are finally lifted, American businesses will need to know that the law is what it says, and not what the SEC, years later, decides unilaterally what it should have been. A return to lawful modes of rulemaking will go a long way toward achieving this goal.

NCLA joined the Petition because NCLA’s previous attempt to persuade the SEC to abandon the Commission’s unlawful use of guidance went unheeded. The particulars of the SCSD Initiative and the wisdom of its policy goals are not as important as the larger principle for which NCLA stands and joins the Petition: To the extent that federal agencies can lawfully create and enforce substantive legislative rules at all, agencies only have one lawful path to do so—APA rulemaking. Guidance masquerading as rules is unlawful and it turns the constitutional order of government on its head.

The SEC has posted the Petition to its website—File No. 4-761, “Rulemaking petition to end the Commission’s backdoor regulation of 12b-1 fees.” The SEC has not yet supplied an online form to collect comments from the public regarding our Petition, but comments may be submitted by e-mail to rule-comments@sec.gov using the subject line “File No. 4-761.” Join us! Tell the SEC that its backdoor regulation is unlawful and that the Commission should take affirmative steps to ensure that it never again uses guidance as a substitute for APA rulemaking.

The Commission won’t beg for forgiveness, but at least we can force the SEC to ask for permission before making substantive alterations to the legal duties faced by regulated parties.