We Must Invest in Infrastructure to Rebuild Our Communities, Our States, and Our Country 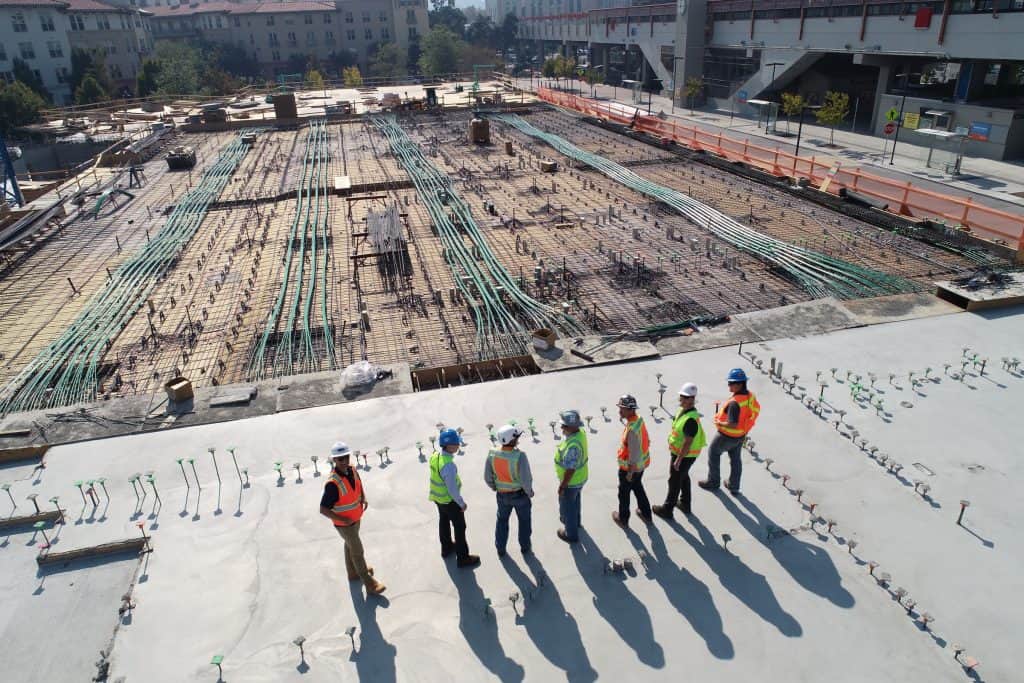 As we poke our heads above ground to survey the damage visited on our shores by the coronavirus, it is imperative that we move forward with an intelligent, focused, and effective plan of action for rebuilding the economies and promise of our communities, our states, and our country. While the politicians and bureaucrats moved at lightning speed to shutter our small businesses and schools in order to “flatten the curve” (and then some), they also took a sledgehammer to the foundation of our prosperity, leaving personal devastation in their wake.

The focus now must be on rebuilding and doing it quickly to try to at least minimize the economic ruin that has affected so many Americans. The problem is, however, that while government has shown to be incredibly efficient at destroying our family businesses, our local restaurants, and our service industries, it has never been effective at building them. Government has instead been focused like a laser for the past 50+ years on expanding the administrative state and stockpiling more and more power in state capitols and Washington, DC.

Being a water and natural resources attorney, I have had a front-row seat to watch what that amalgamation of power in regulatory agencies has done, and I can say with certainty that it has not improved innovation but has stifled it. Perhaps one of the best examples of that which I speak relates to the weaponization of the National Environmental Policy Act (NEPA) to stop infrastructure projects in their tracks.

The American Society of Civil Engineers (ASCE) has given our roads, bridges, airports, schools, and other public works a grade of D+. ASCE estimates that we will need $4.6 trillion over the next decade for maintenance and improvement. This situation is directly related to the NEPA process, with an entire industry having been developed to block such projects, not because it is in our best interest to do so, but because the attorneys, lobbyists, and consultants demand it.

NEPA was enacted in 1970 and requires federal agencies to consider the environmental impact of projects before approving or rejecting them. This affects almost all industry sectors, including agriculture, forestry, manufacturing, transportation, building, water infrastructure, power plants, wind farms, solar installations, and housing. Infrastructure projects, such as highways, pipelines, railroad lines, and bridges, must also be evaluated for their social and economic impacts.

In the past 50 years, NEPA compliance has devolved into a labyrinthian nightmare, whereby the process is the punishment. NEPA is, in other words, every regulators’ dream come true, as it ensures job security for the federal employees responsible for its implementation, as well as life-long employment for those employees who leave government service to immediately become “consultants” on the same type of projects which they previously oversaw. The NEPA regulations perversely incentivize delay and increase costs. So long as the NEPA process is ongoing, everyone is happy, except, of course, the project proponents; the citizens who must live with pot-hole filled roads; those whose water is rationed; and all of us who are benefited by new schools, hospitals, power plants, and healthy forests. Perhaps I should rephrase: so long as the NEPA process is ongoing, federal employees (current and former) are happy, while everyone else lives with the consequences of a crumbling infrastructure.

The regulatory permitting process under NEPA has blocked innovation and investment in our future. The average length of a NEPA review is 4 ½ years, the average cost is $4.2 million, and the resultant Environmental Impact Statement (EIS) is over 600 pages long. There is then the inevitable barrage of lawsuits against any agency that dares to issue an EIS and Record of Decision allowing a project to go forward, thereby increasing the cost even more and delaying the project further. These delays and costs associated with a NEPA review represent what has essentially become an unsurmountable barrier to the capital investment needed to upgrade, maintain, and build new infrastructure.

The Trump Administration recently proposed several changes to the NEPA process, placing a much-needed deadline on EIS development (2 years) and a limit on their length (300 pages). We need to encourage the Trump Administration to do even more with regard to NEPA reform, not less. I fully anticipate that the usual suspects will challenge the new regulations and find a like-minded judge to issue a nationwide injunction to stop any effort to improve the NEPA process. That will be a tragedy, especially in light of the fact that if there was ever a time that we need the administrative state to step out of the way it is now.

Considering how our world has changed since February, we no longer have the luxury of allowing a select group of regulators, lawyers, lobbyists, consultants, and green groups to use NEPA to dictate the future prosperity of this country. We need to invest in our local communities and to do so we need to create jobs. We need vision; we need to focus on what NEPA was intended to do (help fight pollution) rather than what it has been implemented to do (stop the construction and improvement of our infrastructure).

We have the wherewithal to do great things. The Empire State Building was constructed in 410 days. Disneyland was created in 366 days. The 1700-hundred-mile Alaska Highway connecting British Columbia with Fairbanks, Alaska, was built over the course of 234 days (at a cost of $793 per meter in 2019 dollars). The P-80 Shooting Star, the first jet fighter used by the United States Air Force, was designed and delivered in 143 days.

I can already hear the caterwauling and high-pitched screams as the naysayers tell us it can’t be done, and that we will “destroy the environment” if they do not get their due (e.g., money in their pockets) as they stand athwart of new ideas and new projects as we work to rebuild the American Dream.

We need to ignore the doomsayers. We must take advantage of one of the only potentially positive aspects of the coronavirus and continue deregulating our industries, our healthcare, and our transportation. Most importantly, we need to invest in our infrastructure. Now.