Will the FTC Face a Reckoning in the Supreme Court? 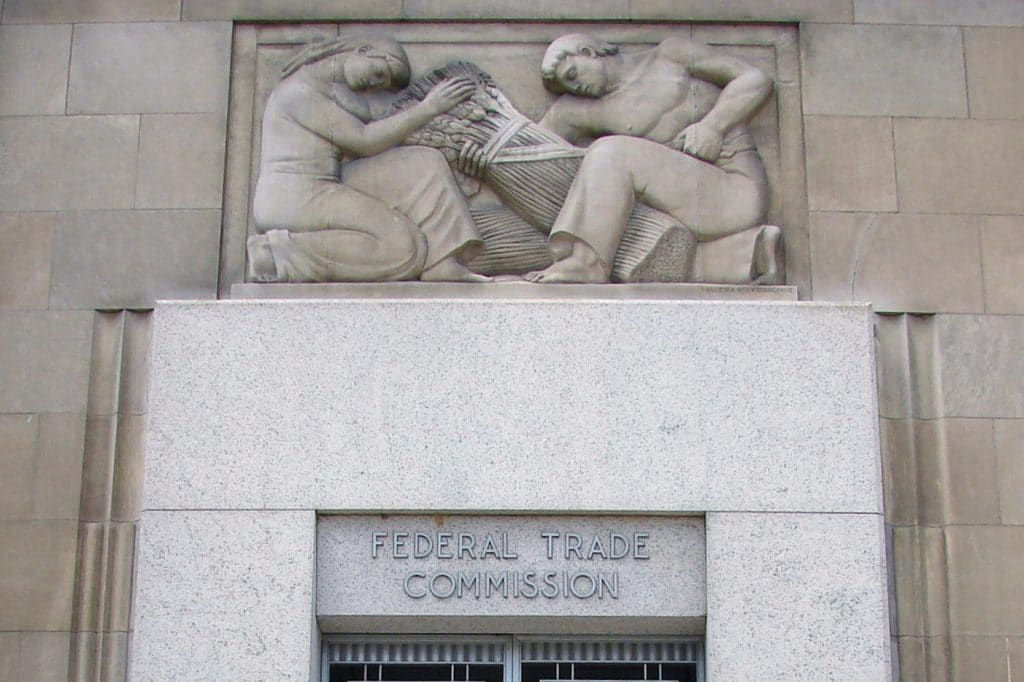 On July 9, 2020, the Supreme Court granted certiorari in two closely watched FTC cases. The two cases FTC v. Credit Bureau Center, LLC, and AMG Capital Management, LLC, et al. v. FTC are poised to determine whether a power the FTC has developed through the slow accretion of judicial acquiescence can withstand the clear language of the FTC Act.

NCLA held its monthly Lunch and Law series this week to discuss these cases and other Supreme Court rulings from this term with Americans for Prosperity Foundation’s Senior Policy Counsel, Cynthia Fleming Crawford. Critically, this term, the Supreme Court in Seila Law LLC v. CFPB rejected, on separation of powers grounds, the political independence for an executive branch with a single director and distinguished Humphrey’s Executor v. United States, which famously held the FTC’s structure, given its powers at that time, constitutional. In its amicus brief on behalf of Petitioners NCLA noted, as the Court found, that Humprhey’s Executor did not drive the outcome in Seila Law. While the CFPB continues to exist, because the Court severed the unconstitutional independent director from the law, it is now, at least accountable to the Executive. As Ms. Crawford points out, the Seila Law decision leaves room to judicially reduce the FTC’s current structure and power given the changes to the agency in both power and activity since then.

One item that we did not discuss but bears mention is that the Supreme Court granted certiorari in Mnuchin v. Collins, which follows up many of the questions and constitutional principles explained in Seila Law.

As the indispensable SCOTUS blog notes the Court has taken up the following questions:

The further development of separation of powers jurisprudence in the structure of federal agencies is vital to maintain and restore the civil liberties of all Americans.

Beyond the Supreme Court’s new concern with the structure of Federal Agencies which will have powerful consequences for the reach and accountability of all agencies including the FTC, is a newfound appreciation for statutory language and the scope of traditional remedies, both of which counsel for reigning in the FTC’s unwonted claims of direct power over American’s property.

In another case in which NCLA took an interest, Liu et. al v. SEC, the Court, with a strong 8-1 majority, greatly clipped the SEC’s claims of vast “disgorgement” power. This is important because the Exchange Act, which empowers the SEC, and the FTC Act which empowers the FTC, have distinctive language, they have been analogized enough over the years that the FTC often relies on SEC precedent for its own powers and claims.  NCLA believed it was important that, if disgorgement was going to be called an equitable remedy, it ought to actually have to follow the rules in equity for obtaining relief. While the Supreme Court did not go as far in cabining the SEC’s power as our brief urged it did put important restraints on the SEC’s claims to vast sums from its targets. The Court ruled that the measure of disgorgement would not simply be “net revenue” but something closer to “net profits” which take into account a business’ legitimate expenses. The Court also moved in the direction of requiring the SEC to have such equitable relief provide for consumers rather than the general fund of the FTC or the United States. As our discussion today noted this greatly changes the incentives for federal actors. Another huge advantage is that in disgorgement or restitution, and the Court was cavalier in describing the differences, there cannot be “joint and several” liability but each bad actor must only be responsible for the amount chargeable to his own wrongdoing. The wrongdoing in the Liu case appears to be relatively clear, but how the 9th Circuit responds to the Supreme Court’s admonitions, by a strong majority, will have great effect on how cases by the SEC are litigated.

It will also have a powerful effect on how FTC cases are litigated. Because the Supreme Court granted cert. in both FTC v. Credit Bureau Center LLC (out of the 7th Circuit) and AMG Capital Management LLC (out of the 9th Circuit), it’s clear that the interest in statutory grants of power by Congress and traditional remedies in equity are still of interest to this Court. The argument for allowing the FTC to go to Federal Court to obtain vast monetary judgments under the guise of “equitable relief” is even weaker than for the SEC. The FTC Act Section 13(b) only grants the agency the ability to obtain an “injunction” or Temporary Restraining Orders. It does not provide for “equitable remedies.” It is quite likely in the current Court so driven by textualism, that the difference in the words will mean a difference in outcome of these cases from Liu. Even if the Court were to, wrongfully in our view, grant the FTC the SEC’s equitable powers but reduce them to those described and cabined in Liu it would be a victory for liberty (and equity). But because the statutory language is more circumspect in the FTC Act, and because other parts of the FTC Act allow such monetary recovery if proper procedures are followed, it is likely, and greatly to be wished that the FTC’s wrongful claim of unauthorized power will be struck down by the Supreme Court.