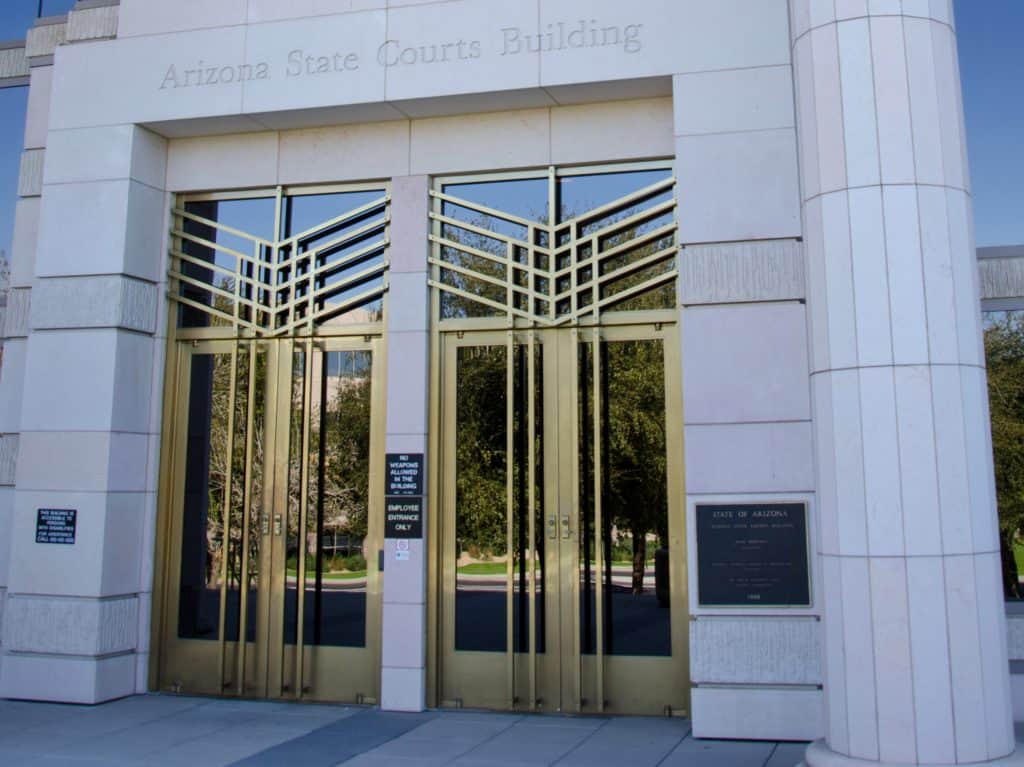 The Arizona Supreme Court took a welcome step last month by making it easier to obtain state-court stays of state-agency decisions. It adopted verbatim the NCLA-drafted amendment to court rules. The new rule is scheduled to go into effect on January 1, 2021.

Why is the rules amendment an important reform? Here’s why.

A separate set of rules (the Rules of Procedure for Judicial Review of Administrative Decisions, or JRAD) apply to cases that come to the state court from state agencies. The explanation often given is that the state agencies engage in an informal process of adjudicating disputes. So, the argument goes, when a JRAD case ends up with the state trial court, there is little, if any, need for additional factual development. That, in turn, means that many of the rules of procedure pertaining to pleadings, discovery, summary judgment, and trials should be discarded in favor of adopting some sort of pseudo-appellate procedure. This line of reasoning, however, is offal to the constitution.

There are more than a few due-process and separation-of-powers problems with how the JRAD rules operate within the context of Arizona’s administrative law. The problems creep in primarily due to the mixture of functions assigned to state agencies. Agency officials have the primary responsibility to investigate allegations against individuals or entities that the agency regulates. The agency itself then acts as the prosecutor. The regulated party is often denied the right to confront adverse witnesses, the right to disclosure of exculpatory evidence, and the right to jury trial.

The agency, wearing its jury hat, then makes findings of fact. And the agency, wearing its judge hat, enters conclusions of law into the record. During this “informal” adjudicatory process, the agency officials do not have to—and often do not—follow rules of evidence or rules of civil procedure. Having gone through this process, if the regulated party is adjudicated as having done something wrong, the same agency then executes the decision against the regulated party. When the same agency or official acts as the investigator, prosecutor, jury, judge, and executioner of the agency’s verdict, it becomes apparent that the benignly labeled “informal” adjudication process is a euphemism for an extraconstitutional adjudication process. Put differently, none of the things people take for granted when they think they will have their day in court typically take place in state administrative adjudications.

Under the old rule, however, the regulated person needed to show a strong likelihood of success on the merits and irreparable harm that outweighs harm to the administrative agency. That is, the old rule had adopted the standard applicable for obtaining stays from appellate courts of trial-court decisions—a matter altogether different from the question of obtaining stays from trial courts of administrative-agency decisions. The new rule requires the regulated party to show only a colorable claim and some harm.

JRAD appellants are usually people of limited financial means: social workers, schoolteachers, barbers, denturists, and so forth. They often cannot afford, and are not represented by, counsel during the administrative hearings or when they take the JRAD appeal. The old rule required them to brief the stringent strong-likelihood standard, which an intermediate appellate court called “not a sensible” standard. The old rule had made it practically impossible for those accused of wrongdoing by one-sided agency proceedings to obtain meaningful judicial review from state courts. The amended rule allows Arizona’s courts to hold state agencies accountable for their myriad violations of the people’s civil liberties.

NCLA saw the old rule play out in all its shameful glory in Phillip B. v. Mike Faust. Ignoring rules of evidence, and the agency’s own procedures, then DCS Director Greg McKay concluded that Mr. B. abused a teenager by placing his hand on the teenager’s shoulder to calm him down. When Mr. B. sought a stay of that one-sided decision, the state trial court Judge Douglas Gerlach felt constrained by the old rule and demanded that Mr. B. prove “the near-impossible”—strong likelihood of success, without the benefit of the administrative record, and without the benefit of full briefing on the legal questions. That episode helped lay bare the inherent lack of meaningful judicial review in appeals from state administrative proceedings. That judicial review under the old rule was so meaningless is rendered more egregious because the administrative adjudications themselves work a wholesale violation of the due-process and separation-of-powers guarantees contained in the constitution.

The new rule is, therefore, a signal that the Arizona Supreme Court does not tolerate a supercilious attitude shown by state trial court judges and state agency officials toward regulated parties who are brave enough to stand up for themselves. NCLA will continue to work to protect the civil liberties of nongovernmental litigants against these and other governmental misdeeds.