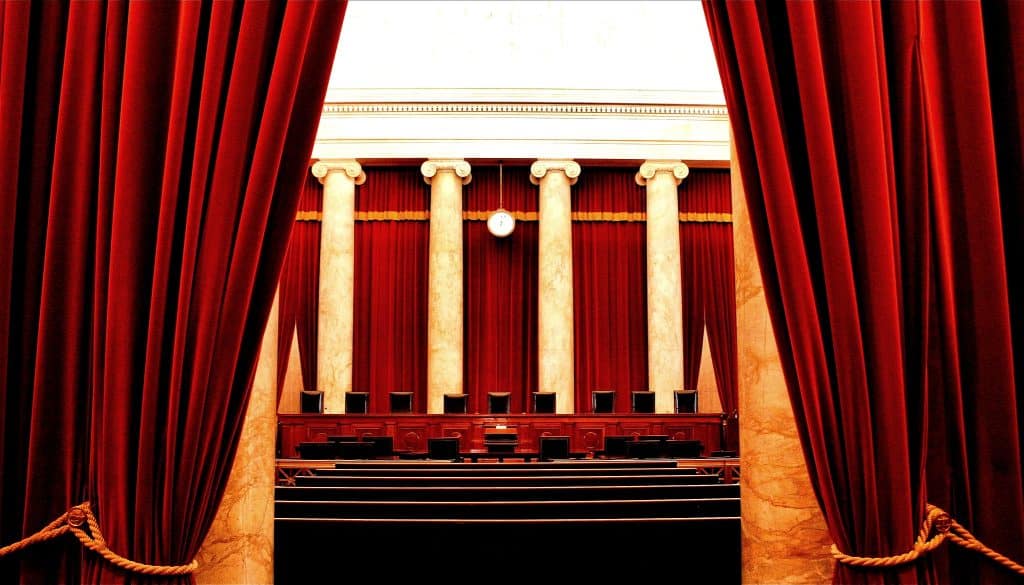 Washington, DC (September 24, 2020) – The New Civil Liberties Alliance released a white paper today analyzing the individuals purportedly on President Trump’s shortlist to fill the U.S. Supreme Court seat of the late Justice Ruth Bader Ginsburg. NCLA is a nonpartisan, nonprofit civil rights group devoted to protecting constitutional freedoms from violations by the Administrative State. Thus, the report examines each potential nominee’s interpretation of administrative power issues, including any record of questioning judicial deference (or bias) in favor of agencies. Because President Trump plans to appoint a woman, today’s report analyzes potential female nominees. However, NCLA analyzed some other candidates in 2018 in a report available here.

NCLA strongly believes we need federal judges who are willing to protect the civil liberties of individual Americans from unlawful administrative power. If courts will not check administrative abuses when they occur and force federal agencies to stick to constitutional pathways, then the government will run amok and civil liberties will be lost.

“None of the candidates on President Trump’s current shortlist has the kind of demonstrated track record in opposing unlawful administrative power and questioning judicial deference to administrative agencies that Justices Gorsuch and Kavanaugh brought with them to the U.S. Supreme Court bench. However, some of the potential nominees have shown a willingness to protect civil liberties from administrative power, and we hope the President will continue to take this crucial factor into account when making his selection.”

The following excerpts from NCLA’s white paper summarize the candidates in alphabetical order:

Hon. Amy Coney Barrett: “Judge Barrett has defended Americans’ due process rights on college campuses and joined panel decisions and dissented from other panel decisions reviewing administrative power. … [I]n the cases on which she has sat, she has not always accorded deference. … She has shown dedication to thorough textual analysis in her judicial duty generally and in her review of administrative actions. … Barrett has recognized that the Constitution assigns certain exclusive powers to Congress. … [H]er criticism of … stare decisis suggests that she would overturn a wrongly decided Supreme Court precedent.”

Hon. Allison Hartwell Eid: “Despite being a proponent of limited federal power, Judge Eid has not shown any general reservations concerning the scope of administrative authority. Indeed, Judge Eid has repeatedly defended agency action as both a state and federal judge. Her record on the Tenth Circuit shows general support for existing legal doctrines favoring the Administrative State. Or, at least, [it] reveals no specific reservations about them.”

Hon. Britt C. Grant: “[Judge] Grant did not have many cases as a Justice on the Georgia Supreme Court where she could weigh in on administrative law issues. Her record at the Eleventh Circuit is likewise limited in that regard. Some of her judicial opinions could make one hopeful that she would faithfully follow the Constitution’s teachings on the proper role of the Administrative State. Several … have shown her commitment to using traditional tools of construction to determine the meaning of the text of the constitution, statute, or regulation at issue. … However, there are a few concerns around her views of the proper place for federal-court review, in light of express or implied jurisdiction-stripping statutory language. And her views on deferring to the executive branch on some matters of interpretation are imperfect. … [H]er relatively sparse judicial record on these topics makes more certain analysis impossible.”

Hon. Joan Larsen: “Judge Larsen does not have an extensive judicial record when it comes to administrative issues. She has said many things that could make one hopeful that she would faithfully follow the Constitution’s teachings on the proper role of the Administrative State. However, her relatively sparse academic and judicial record on these topics makes it impossible to analyze her views with greater certainty.”

Hon. Allison Jones Rushing: “Judge Rushing has not authored significant opinions or publications directly on administrative law. She has joined at least one dissent advocating for deference to an agency. … Judge Rushing does not have a well-established judicial record concerning administrative power or any of the various deference doctrines, likely because of her short tenure thus far on the bench. Her relatively sparse judicial record on these topics makes it impossible to analyze her views with greater certainty.”

Kate Comerford Todd: “Kate Todd is the only person on President Trump’s shortlist with no experience on the bench and, thus, no judicial opinions for NCLA to evaluate. … Ms. Todd has publicly expressed some views in favor of cabining the Administrative State to constitutional bounds. … It is hard to predict how Ms. Todd would handle these issues if appointed to the highest court in the nation. Her lack of a judicial record on these topics makes it impossible to analyze her views with greater certainty.”