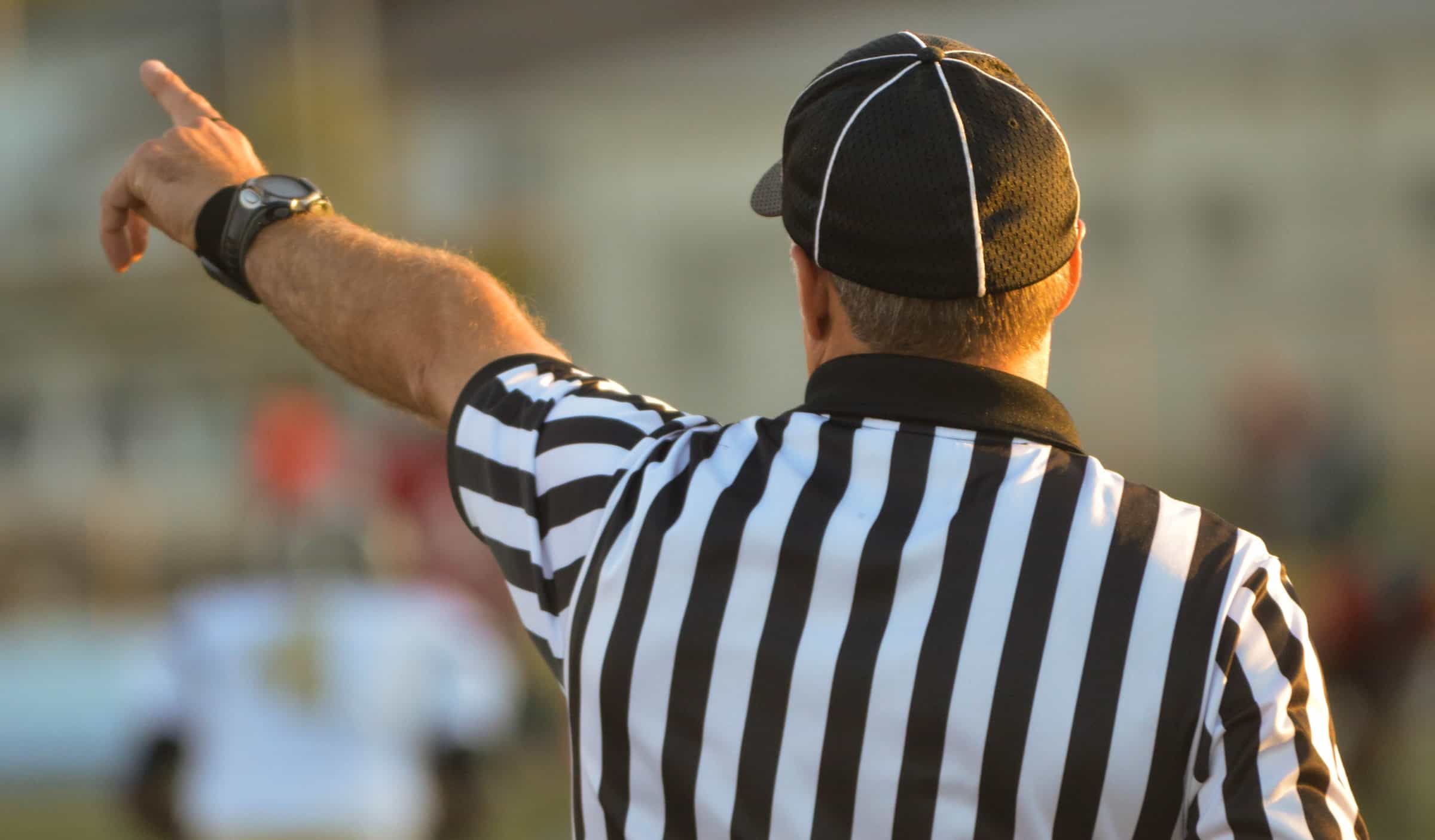 There’s a frustrating phenomenon in sports where referees will “swallow their whistles” in a close game. At a pivotal moment, a referee will fail to call a foul to avoid the appearance that the refs determined the outcome of the game. The logical fallacy the refs seem to misapprehend (or hope we do) is that their decision to not enforce the rules affects the outcome just as much as if they blew the whistle. Allowing the defense to hack a would-be scorer without consequence decreases the likelihood the offense will score. And unlike simply making a big call—which is the refs’ job, after all—the failure to do so undermines the very system of rules that referees are tasked with officiating.

A similar fallacy befalls another type of official: judges will abdicate their judicial duty to “say what the law is” in the name of judicial modesty or restraint. But like referees swallowing their whistles, these judges are still determining outcomes when they fail to adjudge the cases that come before them—they’re just not doing so based on the rule of law. Moreover, the judges’ failure to apply the law undermines our constitutional system and jeopardizes the individual liberties our system is designed to protect.

The Founders structured our tripartite government with the understanding that power abhors a vacuum. By dividing all governmental power among three coequal branches and ensuring that no one branch accumulates the authority vested in its counterparts, our constitutional structure protects individual liberty against overreach. The “checks and balances” that maintain the division of authority rely, in part, on human nature. The Founders anticipated that public officials’ personal ambition and desire for control would cause each branch of government to try expanding its power. But that power has to come from somewhere—namely, the other branches. The built-in check against attempted overreach is that officials will jealously guard their own authority from overreach by the other branches. When one branch cedes its power instead of guarding it, the system breaks down and another branch fills the power vacuum. Administrative overreach, for example, is possible only because the courts cede their judicial authority and, with it, the check that authority imposes on the political branches.

Judicial abdication can take many forms—perhaps the most obvious of which are the deference doctrines, through which the courts explicitly cede the power of judicial review by deferring to the Executive Branch’s legal interpretations. But other less-apparent forms of judicial abdication abound. Judges in a variety of circumstances, for a variety of reasons, have refused to exercise their judicial office to decide constitutional challenges to administrative overreach. Whether fueled by ideals of modesty or restraint, the courts’ refusal to construe the constitutional limits on administrative authority amasses more power in the Executive Branch at the judiciary’s expense. With the balance of governmental power knocked off kilter, individual liberty suffers.

At least two strains of this form of judicial abdication have come to the forefront following the Supreme Court’s 2018 decision in Lucia v. SEC that administrative law judges (“ALJs”) within the Securities & Exchange Commission (SEC) were improperly appointed officers of the United States. After Lucia, a flurry of similar cases arose challenging the constitutionality of ALJs in other agencies. Appointments Clause challenges are what courts refer to as “structural challenges” because the issue implicates not just one branch but the structural integrity “of the entire Republic” against the diffusion of power. According to the Supreme Court, courts have a “strong interest” in maintaining the separation of powers and should incentivize, rather than deter, litigants from raising such challenges.

Courts, however, have sidestepped their judicial obligation at almost every opportunity in these post-Lucia cases. Two separate lines of cases reaching the Supreme Court ask the Court to confront this failure. In the first line of cases, the parties agree that courts have jurisdiction to decide the constitutional challenge to the ALJs, but the government has asked the courts to nevertheless withhold judicial review based on a judge-made version of “administrative exhaustion.” Created in the name of “prudence,” judges apply exhaustion requirements to refuse to resolve a claim within their subject-matter jurisdiction unless the plaintiff first exhausted that claim by raising it before each level of an administrative agency’s adjudicatory scheme and receiving a final decision from the agency. This rule is agnostic to whether the agency had any expertise or competence to decide the issue in the first place. NCLA and Cato Institute filed an amicus brief with the Supreme Court in Carr v. Saul and Davis v. Saul, urging the Court to severely limit prudential exhaustion doctrines to instances in which an issue implicates an agency’s expertise, discretion, or fact-finding. As NCLA explained, the Constitution doesn’t permit courts to apply the more-expansive version of the rule that the lower courts have created.

In a similar set of cases, courts have imposed limitations on their own jurisdiction to consider Appointments Clause challenges. Applying a set of factors articulated in Thunder Basin Coal Co. v. Reich, courts have effectively renounced their jurisdiction over questions of federal law, requiring litigants to pass through lengthy administrative proceedings before ever (sometimes never) receiving their day in court. NCLA recently argued before the en banc Fifth Circuit Court of Appeals that a panel of the Fifth Circuit and the district court both got it wrong when they held that Congress “impliedly” stripped the district court of jurisdiction over Michelle Cochran’s challenge to an SEC ALJ’s multi-leveled tenure protections. Congress vested district court with jurisdiction over federal questions like the one Ms. Cochran raised, and no other statute has stripped that jurisdiction. But the courts have looked at the mere existence of the Exchange Act’s adjudicatory scheme and determined that Congress likely meant to strip district-court jurisdiction over collateral constitutional questions even though Congress never said so. This atextual abdication of judicial authority resulted in years of unnecessary litigation for respondents in SEC enforcement proceedings who have already faced protracted litigation over their basic right to have their case heard by a competent, constitutionally appointed adjudicator. There’s simply no basis for courts to infer that Congress silently stripped jurisdiction. When Congress has done in the statutory schemes for other agency enforcement proceedings, it has done so explicitly.

Far from the jealous guarding of power on which the Constitution depends, judges have been willing to infer or create additional limitations on their own power. This proclivity for swallowing their judicial whistles has had immediate consequences on the outcome of cases against the government. Respondents like Ray Lucia, Christopher Gibson, Joel Fleming, Axon Enterprises, and Ms. Cochran must repeatedly incur “here and now” constitutional injuries while the courts sit idly by.

Our constitutional design anticipates that tension will exist between coequal branches grappling for power. But the judiciary has gone limp as the Executive Branch pulls at the ropes delimiting administrative authority. Courts must exercise their jurisdiction to the full extent allowed by Congress. If the courts go too far, Congress can and should respond by articulating clear limitations on that jurisdiction. But when courts simply err on the side of abdication, administrative overreach is the inevitable result.