Should Federal Courts Defer to State-Agency Interpretations of Federal or State Law? 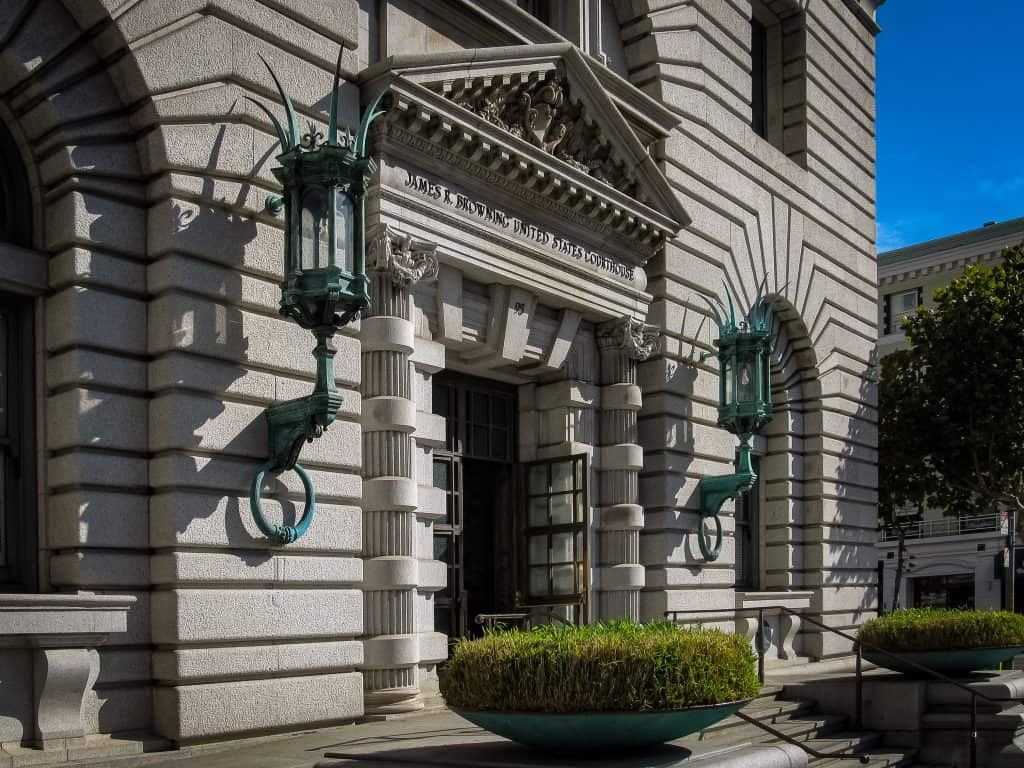 The case is Voigt v. Coyote Creek Mining Co. North Dakota ranch owners sued their neighbor coal mining company alleging that the company did not obtain proper permits under the Clean Air Act and failed to implement a dust control plan. The relevant federal statutes and regulations establish a cooperative relationship between the Environmental Protection Agency (EPA) and individual states. Federal law delegates to states the primary responsibility for carrying out its purposes and issuing the relevant permits.

North Dakota has such a permit-issuance process. That is, the state agency issues Clean Air Act permits under the federal statutes and regulations—not the EPA. That permit-issuing task involves interpreting federal statutes and regulations. The Voigt majority deferred to the state agency’s interpretation of federal law. Judge Stras calls out such deference as violating both the “horizontal and vertical separation-of-powers principles”: the Constitution leaves no room for state executive-branch officials to tell federal judges what federal law means.

Kisor deference is not applicable, Judge Stras concludes. He couldn’t find any Supreme Court case where the high court had deferred to an agency’s interpretation of a regulation that the agency itself did not write. Kisor’s rationale that the agency promulgating a rule is in a better position to reconstruct its original meaning, is simply inapposite because the state-agency interpreter has not written the federal regulations at issue. Deference surely erodes the federal judge’s Article III duty of independent judgment, Judge Stras writes.

The issue of state agencies interpreting federal law is not unique to the Clean Air Act. As Judge Stras notes, there are other examples of cooperative federalism: the Medicaid Act, the Telecommunications Act of 1996, the Clean Water Act, to name a few.

The question can come up in unusual circumstances. Case in point: Young v. Hawaii, dealing with state-agency and local-government interpretations of the United States Constitution, which in turn informs their interpretations of state statutes and regulations. Interpreting the former being a necessary predicate to interpreting the latter, the initial inquiry in Young is the same as the one in Voigt: whether federal courts should defer to state-agency interpretations of federal law. Only, the en banc Ninth Circuit labored to ignore the question. Judge O’Scannlain’s dissenting opinion (joined by Judges Callahan, Ikuta, and R. Nelson) characterizes the issue differently. According to him, the question is whether federal courts should defer to state-agency interpretations of state law. He would apply Kisor’s “gauntlet of conditions” before affording deference.

NCLA’s amicus brief in Young v. Hawaii had pointed out that defenders of deference try to avoid the independent-judgment and bias problems by invoking the implied-delegation theory. That theory does not work here because it cannot be said that the Constitution or Congress expressly or impliedly delegated interpretive authority over the meaning of federal law to state administrators. Courts have used the implied-delegation theory to justify federal-agency interpretations, not state-agency interpretations, of federal law.

Even assuming Judge O’Scannlain’s re-characterization of the question, it is still unclear whether the relevant state’s court would use the implied-delegation rationale to defer to state-agency interpretations of federal or state law. If federal courts defer to state-agency interpretations in such cases, especially if state courts do not so defer, federal courts’ deference then only incentivizes parties to forum shop to attain the desired standard of deference.

In the Ninth Circuit, there is at least one state—Arizona—where state courts “decide all questions of law, including the interpretation of a constitutional or statutory provision or a rule adopted by an agency, without deference to any previous determination that may have been made on the question by the agency.” Arizona litigants seeking deference should in theory want to flock to federal courts where Judge O’Scannlain’s Young dissent promising Kisor’s “gauntlet” provides precious little consolation to the non-governmental litigant.

Some might offer sort of an Erie doctrine for deference as the solution—i.e., there is no federal general law of deference; instead, federal courts should look to what standard of deference state courts apply to state-agency interpretations. There is at least one reason to be skeptical of that supposed solution: it fails to address the independent-judgment and bias problems.

Circling back, Judge Stras’s solution is an important starting point albeit perhaps an incomplete answer if only because it does not address the Erie argument about how state courts view state agency interpretations of state law. As this article notes, the Erie argument is ultimately not persuasive because a federal judge’s Article III duties of independent judgment and impartiality require that the judge give no deference to state-agency interpretations.

What if any deference should federal courts give to state-agency interpretations of federal and/or state law? The answer should be none.