The Problem with “Percolation” 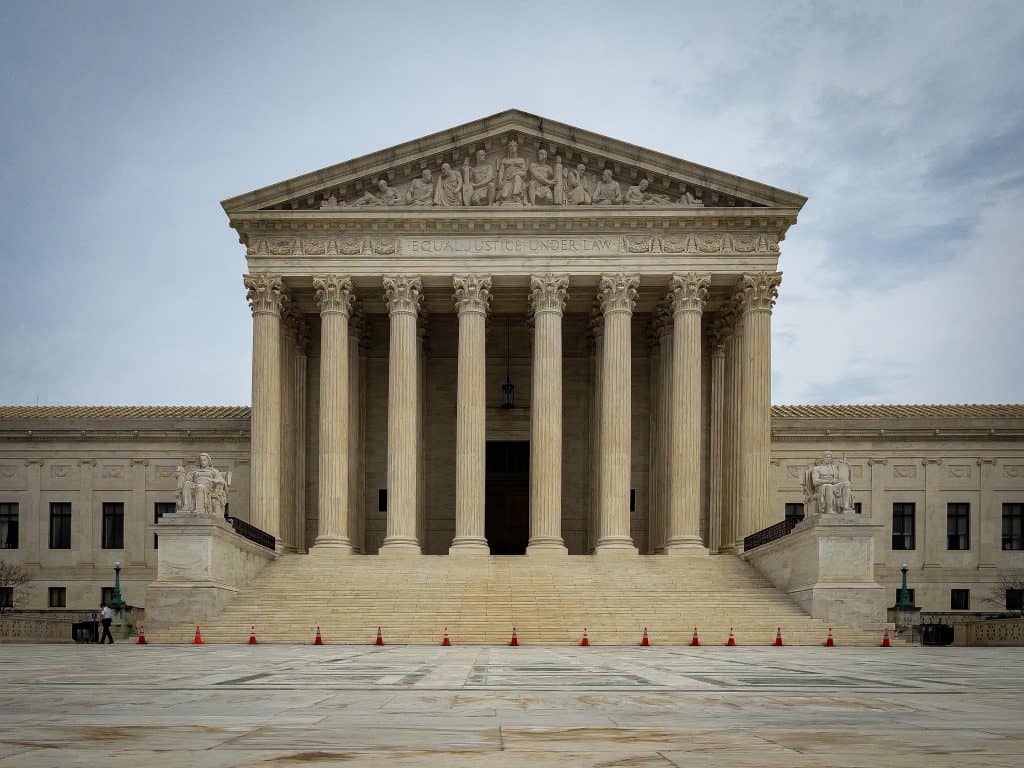 In Federalist Number 78 Alexander Hamilton wrote about the importance of not only an independent judiciary, but one that had the courage to protect liberty. Judges, he said, have a “duty” “to declare all acts contrary to the manifest tenor of the Constitution void.” Without judges willing to do their duty, “all the reservations of particular rights or privileges would amount to nothing.”

Today’s federal judiciary seems to have missed this lesson. Instead, the Supreme Court has recently embraced a disturbing trend of noninvolvement in cases that the justices have recognized present grave constitutional violations.

A recent statement by Justice Sonia Sotomayor respecting the denial of review by the Court highlights this problem. In Brown v. Polk County, Wisconsin, the Court was faced with an appalling set of facts. Sharon Lynn Brown had been arrested for misdemeanor shoplifting, but when she was booked into custody, jail officials “directed a male doctor to insert a speculum into her vagina, spread it open, and shine a flashlight inside to search for contraband,” and then do “the same to Brown’s anus.” Why did the doctor do this? Well, another inmate had suggested that she might be in possession of contraband, which arguably supplied “reasonable suspicion” to search her. But reasonable suspicion is the same level of suspicion a police officer needs to stop and talk to someone, it hardly justifies this kind of invasive and potentially traumatizing search.

Brown sued over the search, but the reviewing courts decided that her rights had not been violated. Justice Sotomayor convincingly argued that decision was outrageous, and that police need a much better reason than an uncorroborated report from another inmate to justify this level of intrusion.

So far so good.

Despite her conclusion that Brown’s civil liberties had been violated, however, Justice Sotomayor voted against review. She did so because she believed that “further consideration of the substantive and procedural ramifications of the problem by other courts will enable us to deal with the issue more wisely at a later date.” And she opined that “[f]uture courts” would come to better decisions than ones who had ruled against Brown.

In essence, Justice Sotomayor pointed out what she viewed as an egregious violation of constitutional rights and then declared her desire to do absolutely nothing about it—yet. This is the opposite of doing her judicial “duty.”

To be fair to Justice Sotomayor, at least she recognized the unfairness to Brown, which is something none of the other justices bothered to acknowledge. But we should still hope for much more.

Sadly, this is hardly the first time we’ve seen this call to let issues concerning constitutional violations percolate further in the lower courts. Take Ray Lucia’s epic fight against the Securities and Exchange Commission for example. Mr. Lucia was forced through the SEC’s unconstitutional in-house “court” system. And he fought his case all the way to the Supreme Court, where he won. But even his victory was frustrated by the Court’s desire to pass off the hard job of judging.

Mr. Lucia argued that the SEC’s use of administrative law judges who were hired by the SEC was unconstitutional for two different reasons. The Supreme Court agreed with the first one and said that he should never have been forced through the in-house process. While the case was being litigated, however, the SEC changed how it appointed its ALJs. This arguably fixed the first of the two constitutional violations. But even though it recognized that this wouldn’t fix the second constitutional problem, the Supreme Court refused “to address that issue” and instead sent the case back down for another administrative proceeding so that lower courts could consider his arguments. In other words—clearly identifying a disturbing constitutional violation that would happen as a result of its ruling, the Supreme Court told some other judges to deal with it later.

But litigation is expensive and difficult, and fighting the continued constitutional violations all over again is not something anyone should have to face. Sensing that it would ultimately lose a second time, the SEC offered a sweetheart settlement that Mr. Lucia simply couldn’t refuse. And while that was the right choice for Mr. Lucia, the result was that the lower courts had nothing to rule on, and thus the constitutional violations could continue until someone else was forced to face the same problem.

It’s difficult to overstate the negative consequences for liberty. Through court inaction, innocent people will have their civil liberties violated again and again. This empowers government agents to keep violating the Constitution. As Peter Wallison has argued convincingly in his book Judicial Fortitude, one of the leading consequences of judicial bias toward inaction has been to allow the administrative state to take over the judicial role and systematically deprive people of their civil liberties.

The judiciary must realize that constitutional violations aren’t someone else’s problem to solve or something to deal with down the road. Our liberty depends on it. When the Supreme Court lets constitutional violations “percolate” in the lower courts, what that really means is that the justices are content to have our civil liberties to be taken away one drop at a time.