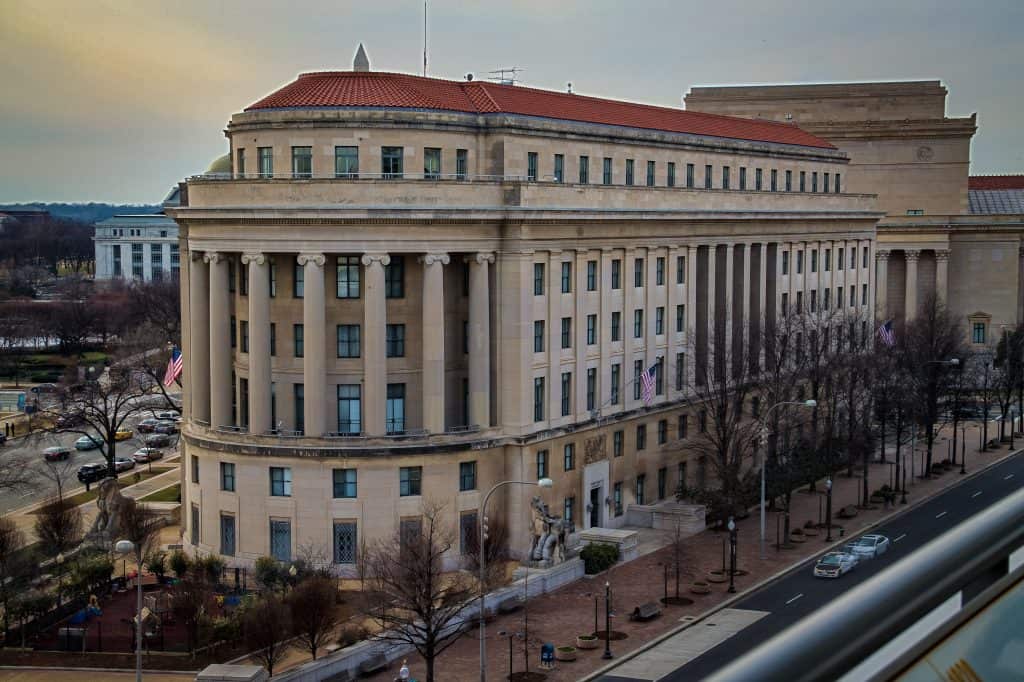 The Supreme Court in AMG Capital Management, LLC v. FTC vastly cut back the FTC’s ability to freeze and then seize its targets’ assets to the tune of billions of dollars. NCLA filed an amicus brief on behalf of AMG and the Court largely adopted our view of the case. Last week I discussed the case and its likely consequences with former FTC General Counsel Alden Abbott in a session with Committee for Justice’s Ashley Baker. I want to amplify something I said there.

The ability of the FTC to seize funds and cut a target off from the ability to hire representation at the very start of litigation was an enormous contravention of our legal system. Normally, in a civil action, the plaintiff files a complaint or initiating document, and then the defendant asserts its defenses and counterclaims, if any. If any litigant wants to freeze the assets of the other the courts normally impose a very high bar, and an even higher bar to turn the assets over to a receiver. This extraordinary procedure became de rigueur for the FTC in unfairness and deception cases.

I have seen “cookie-cutter” or “boilerplate” declarations that tell the court, in an ex parte temporary restraining order, that the target is a flight risk with all kinds of contacts overseas who will disappear with all of the assets if the money isn’t frozen and transferred immediately. Yet they have done this with targets who lack money or property anywhere but the United States. Because the first move in the litigation is ex parte the target can not respond. Some time later, after the target has had all of his property and funds seized, and the court has already been prejudiced against him by 1) a one-sided, government presentation and 2) an order issued based on that presentation, he gets a hearing.

This last fact is important to understand the unfairness of this procedure. Judges, whatever we do with robes and ceremony to disguise it, are human beings. Having once made a decision that had to have the effect of injuring a party, they do not want to believe they were wrong or even misled. It is psychologically and emotionally difficult to change course once launched upon a chosen course for anyone. Not only was this procedure not granted to the FTC by Congress, but its assertion and routine adoption by the FTC worked a terrible blow to our adversarial administration of civil actions in court. Virtually no litigant subject to this treatment could defend the case through trial, never mind appeal. Holding the government to its proofs rather than unchallenged ex parte declarations is vital to obtaining a just result. The FTC has targeted people in these declarations and seized their assets when all they did was end up related to someone the FTC was targeting.

This demonstrates one of the key aspects of reining in the Administrative State. In the case of Vylah Tec, having been granted the fanciful Section 13(b) power to seize assets for disgorgement, the FTC expanded its net to family members who had nothing to do with the company and that, after full discovery, they could not produce even a scintilla of evidence, did anything wrong or received any ill-gotten gains. As the court stated:

At bottom, the Government’s position amounts to equating a tangible benefit to Dennis because he is part of the same family as the named individual Defendants. But to accept this argument would threaten to change the character of the law. Such a position has no plain limiting principle—it amounts to guilt by familial association. The Government has not (and cannot) cite to any authority to support such a broad interpretation of this Court’s authority.

We see this throughout the country, not only will the FTC expand its powers to innocent family members but will also attack and seize property that has nothing to do with the alleged unfair practice or deceit. If a target “deceiver” starts another business, even outside the business or industry the FTC is targeting, it will attempt by the mere presence of the “target” in the business that it is the product of fraud or deception. So, what happens before AMG? You are targeted by the FTC. All of your assets are frozen, and it attempts to freeze and seize the assets of your spouse and other family members. You can not afford counsel. So, you start another business to earn a living and pay a lawyer to defend yourself from the accusations. The FTC then seizes and freezes that business—which may have no connection to the one they already seized so that, once again, you can not get a lawyer.

The receiver who is appointed with the FTC’s recommendation, miraculously, also agrees with the FTC that the business cannot be run profitably without the “deception” and so begins either liquidating it or so badly running it that it collapses. Both you and the injured party to whom the FTC swears it will disgorge the funds then have less funds than they would have without FTC intervention. The FTC almost never allows the target to control the business with court monitoring. That procedure, used in bankruptcy, and in other legal proceedings—particularly where there is a fear that funds will be dissipated—was never good enough for the FTC. One reason is that courts did not require it, but the other was the failure to make the FTC prove its case. The FTC had said this was a “bad guy” and that was it. Severing the target from the means to hold the FTC to its proofs or even prove the FTC wrong was part of the beauty of the operation as far as the Administrative State was concerned. It is good that it has ended and any replacement law should take the sharp practices of the FTC into account in fashioning new remedies.