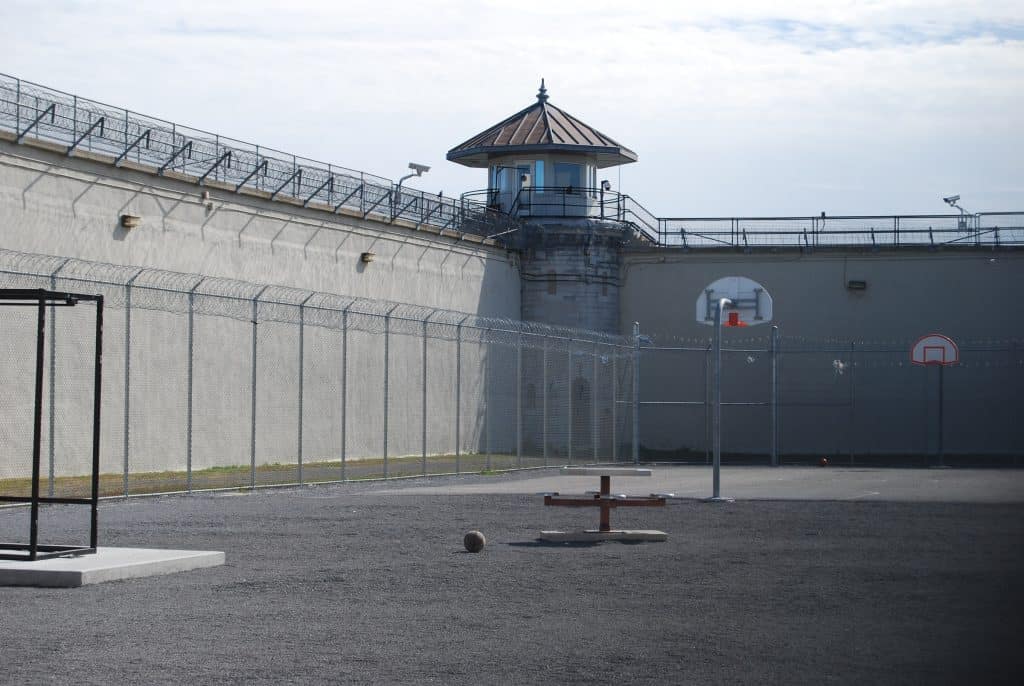 If Marcus Broadway lived in Tennessee, across the state line from his home in Arkansas, his federal prison sentence would be half as long. The same goes for Zimmian Tabb, who was arrested on the wrong side of the George Washington Bridge in New York. Both men were among the 2,000 federal defendants sentenced each year as “career offenders” under the U.S. Sentencing Guidelines. Their prison sentences, and the sentences of many others, were an accident of geography.

Mr. Broadway and Mr. Tabb are among at least 10 petitioners currently asking the Supreme Court to fix this injustice in sentencing.  At the Supreme Court’s conference on Thursday, June 17, the Court began to consider whether to take up the split between the lower courts over how to interpret the career-offender guideline.

The career-offender guideline starts at a presumptive 15-year prison term. Whether a defendant qualifies as a career offender varies by which federal court imposes the sentence. The courts disagree over when (and whether) they should cede their interpretive authority as judges to the U.S. Sentencing Commission. The resulting disparity in sentencing is a problem considering that the U.S. Sentencing Guidelines curtailed judicial discretion in favor of uniform federal sentencing. Now, we have neither discretion nor uniformity.

One major issue Mr. Broadway hopes to solve is who gets to interpret the Guidelines. Most people might assume that legal interpretation is the courts’ job, considering that’s how the Constitution structured the federal government. But in the 1990s, the Supreme Court in Stinson v. United States instructed federal courts to defer to the Sentencing Commission’s interpretation of its own ambiguous regulations, so long as that interpretation isn’t plainly wrong.  The Commission publishes its interpretations as “commentary” to the Guidelines.  But unlike the Guidelines, the commentary is not subject to public comment or congressional review.

Mr. Broadway was classified as career offender based on a conviction for attempted delivery of a controlled substance. The problem is that the career-offender guideline does not apply to attempted or otherwise incomplete crimes (known as “inchoate” offenses). Yet, the trial court deferred to the Sentencing Commission’s commentary, which added inchoate crimes to the definition of a controlled-substance offense. By applying the career-offender enhancement to Mr. Broadway’s sentence, the court more than doubled the guideline range, from 70-87 months to 151-188 months in prison.

Almost every court has agreed that the commentary extends the scope of the career-offender guideline. But most courts have still increased sentences based on that commentary.

The Supreme Court’s 2019 decision in Kisor v. Wilkie should have solved this problem. The Court in Kisor required courts to scrutinize regulatory text and defer to an agency’s interpretation only if the regulation is genuinely ambiguous. Many lower courts, however, have continued to apply the outdated, more lenient form of Stinson deference to any commentary that isn’t a plainly wrong interpretation of the Guidelines.

The Department of Justice has only exacerbated the problem. Although the government accepts that Kisor set the “authoritative standards for determining whether particular commentary is entitled to deference,” prosecutors continue to urge courts to increase sentences based on the wrong standard. Prosecutors’ desire to use an overbroad reading of the Guidelines as leverage during plea negations is no reason to deny justice for the thousands of people whose liberty is at stake.

The government has also suggested that the Supreme Court should carve out an exception to Kisor’s demanding approach for the Sentencing Guidelines. Remarkably, the official position of the federal government is that it would be “wasteful” for the lower courts to interpret the Guidelines in future cases, rather than simply adhering to wrongly decided Stinson cases. The government would rather preserve a status quo that has caused thousands of people to waste years behind bars, in violation of due process. For these people and their families, every day wrongly added to a sentence matters.

No one should serve a harsher sentence than the penalty set by Congress. If that sentence is ambiguous, courts must apply the more lenient interpretation to criminal defendants, as they have since the 15th Century, not increase a sentence based on some agency’s interpretation. What the law requires is a question for the courts. The time has come for the Court to revisit Stinson deference and restore uniformity to how courts apply the Sentencing Guidelines.

The unfair application of Stinson deference is set to cost Mr. Broadway up to 81 months of freedom. His petition has been distributed for conference at the Supreme Court and is currently awaiting consideration.