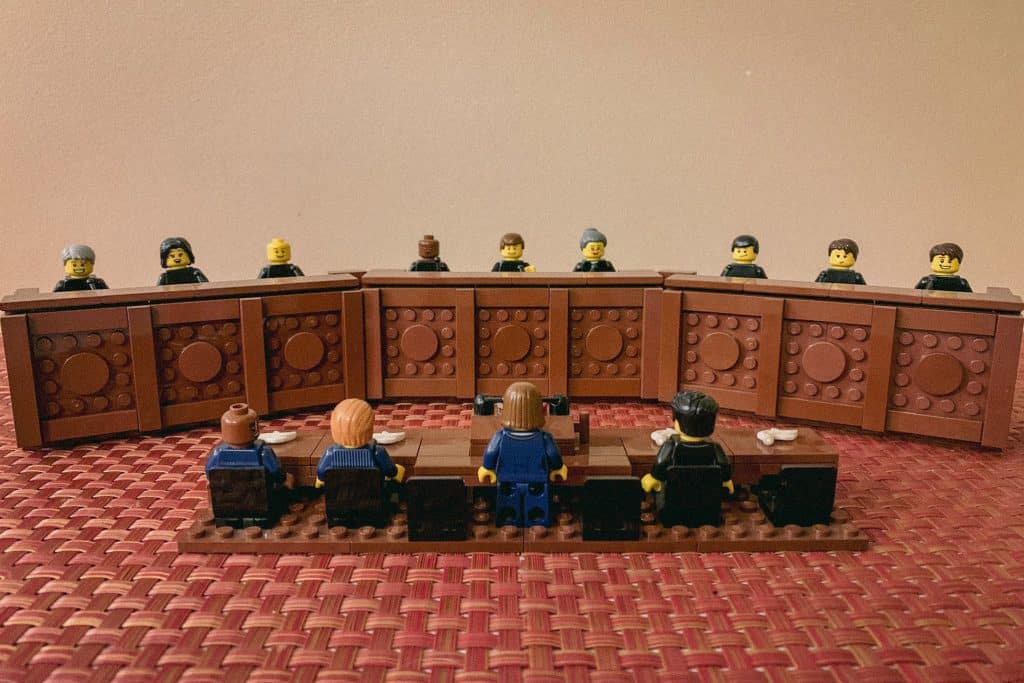 Article III of the Constitution vests federal courts with “[t]he judicial Power.” The judicial power is “the power to decide cases according to governing law.” According to this power, as Chief Justice Marshall puts it in Marbury v. Madison: “[i]t is emphatically the province and duty of the judicial department to say what the law is.” Marshall adds that “those who apply the [legal] rule to particular cases, must of necessity expound and interpret that rule.” Hamilton also understood that judges have this constitutional duty, stating in Federalist No. 78 that “[t]he interpretation of the laws is the proper and peculiar province of the courts.”

Judges must impartially interpret the law and apply the law to the circumstances of the case before them. Judges should not allow policy preferences to influence their decisions. As stated in Federalist No. 78:

It can be of no weight to say that the courts, on the pretense of a repugnancy, may substitute their own pleasure to the constitutional intentions of the legislature. … The courts must declare the sense of the law; and if they should be disposed to exercise WILL instead of JUDGMENT, the consequence would equally be the substitution of their pleasure to that of the legislative body.

Marbury concurs with this perspective, stating that “[q]uestions, in their nature political, or which are, by the constitution and laws, submitted to the executive, can never be made [by the] … court[s].” Matters of policy are for to the legislature, the executive, and ultimately the people to decide. The courts exist to resolve disputes.

Ultimately, “the primary obligation [of judges is] to get the right answer [about the law]. [A]ny reliance on other actors must be justified, directly or indirectly, by its ability to facilitate decisionmaking according to law.” In contrast, deference answers legal questions on bases other than the court’s best judgment of what the law is. If a judge adopts an agency’s legal reasoning because he or she finds it convincing, that is not deference. A judge’s duty is to accurately determine the law the best the judge can; if the judge thinks employing others’ legal reasoning best achieves this goal, then, as Professor Lawson states, such use “is not merely permissible but mandatory.”

But deference to agency interpretations of the law is not merely that—rather, it involves the court ignoring its own judgment about the law in favor of the agency’s. As stated in Chevron:

Under this doctrine, judges uphold an interpretation of the law even if they do not think that the interpretation is correct. Judges who defer to administrative agencies thus disregard their duty to decide cases according to governing law.

Numerous arguments have been presented in defense of deference despite it clearly conflicting with judicial duty. One argument is that deference is more efficient, as agencies make so many decisions that it is impractical for judges to review them all de novo. A second argument is that deference is more democratic, as judges are not beholden to the people and so should not overrule agency decisions that are guided by the policy choices of the elected president. But judges do not swear an oath to make sure the law is efficient or democratic; they swear an oath to support the Constitution. Article VI says that “all … judicial Officers … shall be bound by Oath or Affirmation, to support this Constitution.” All these arguments in support of deference are fundamentally policy arguments. The Constitution does not permit judges to make decisions based upon policy; decisions must be based upon their best understanding of the law. Placing policy above the true meaning of the law, as deference does, therefore violates judges’ duty under the Constitution.

One last argument in favor of deference is that agencies are better situated than judges to decide legal questions related to agencies’ enabling statutes and jurisdiction. This argument claims that, because an agency takes numerous actions regarding the statutes it administers every day while courts only occasionally analyze those laws and do not operate pursuant to them, the agency is more familiar with the nuances and ambiguities of those laws than the courts. Actually, that an agency operates pursuant to those laws weighs against deferring to the agency’s interpretations. Since the agency has its jurisdiction proscribed by the statutes it administers, the agency is not an impartial interpreter of them but rather is biased in favor of giving itself more authority under the laws. Such bias is antithetical to judges’ duty to impartially apply the governing law to the cases before them.

Since federal courts hear only “cases and controversies,” a judge must choose one side over the others when deciding the dispute at hand. Any such choice not based upon the judge’s conclusion about who has the best legal interpretation is a choice based on policy grounds. Making decisions based upon policy violates the judge’s role as an impartial adjudicator. Judges should not neglect their duty to decide cases according to governing law as each judge understands it; deference to administrative agencies disregards this duty.