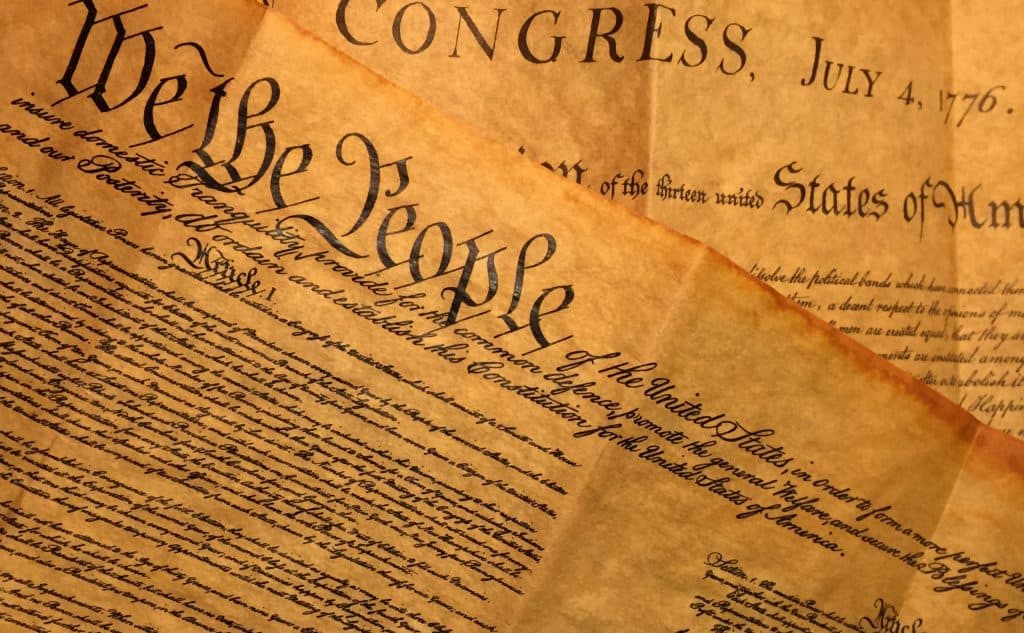 I was not born an American citizen. I chose to be one. I grew up elsewhere. Few Americans realize how intrigued the rest of the world is with America’s Independence Day and Constitution Day. Few understand the significance of the two documents the two days celebrate—if they’ve read them at all. Fewer still grasp why these two documents are worthy of celebration. But all perceive there is something qualitatively unique about these documents and, therefore, the days that honor these documents.

A country founded on principles of unalienable individual rights is inconceivable in Europe, given its centuries of monarchist and theist regimes. A country that carefully cabins and separates governmental power into three distinct branches to better protect individual rights is unfathomable in Asian or African countries. Where individuals are considered subjects whose rights are ordained by the government, as opposed to the government subject and answerable to the people, a primarily structural Constitution that does not have the prolixity of a tax code is an alien concept.

Even in a country like Great Britain, America’s Constitution is unthinkable. That country underwent revolutions to dismantle monarchical supremacy only to establish parliamentary supremacy. America established not Congressional or Presidential supremacy, but the supremacy of the Constitution. And that has made all the difference in the world.

Unlike countries that enthroned the majority as suzerain over the minority, the American Constitution placed governmental power under objective control. The majority, through Congress, can make laws that bind all but only respecting certain subjects. See, for example, Article I, Sections 8 and 9 of the Constitution, and the First Amendment to the Constitution. All rights and power are presumptively retained by the people, not doled out to the people by the national government. See the Ninth and Tenth Amendments to the Constitution.

The Constitution does not permit the President to do much. The President is tasked with ensuring that the laws are faithfully executed, receiving foreign ministers, and appointing judges and other executive officers with the Senate’s advice and consent (i.e., until April 1913, with the consent of a majority of the States).

The Supreme Court and other federal courts adjudicate disputes—public and private—that arise under the Constitution and the laws that Congress passes. Most of the conflicts are resolved by state, not federal, courts.

Is the Constitution then a biased document? It is. It is biased in favor of the individual and against the national government it establishes. The Constitution did not design a federal government equipped to solve every conceivable problem. Americans are left free to solve the vast majority of their and each other’s problems through means other than resorting to a national government that is made incompetent on purpose. The Constitution guarantees not equity but equal protection. Not some process, but due process. Not executive or judicial lawmaking but Congressional lawmaking. Not executive adjudication but judicial dispute resolution.

Calls for executive authoritarianism have been heard, relayed, and answered in recent decades and months. Calls for reshaping the Supreme Court have so far, and thankfully, not borne fruit. That these calls come shows the sad truth that many Americans have forgotten, if they cared to encounter and read, the words of the Constitution.