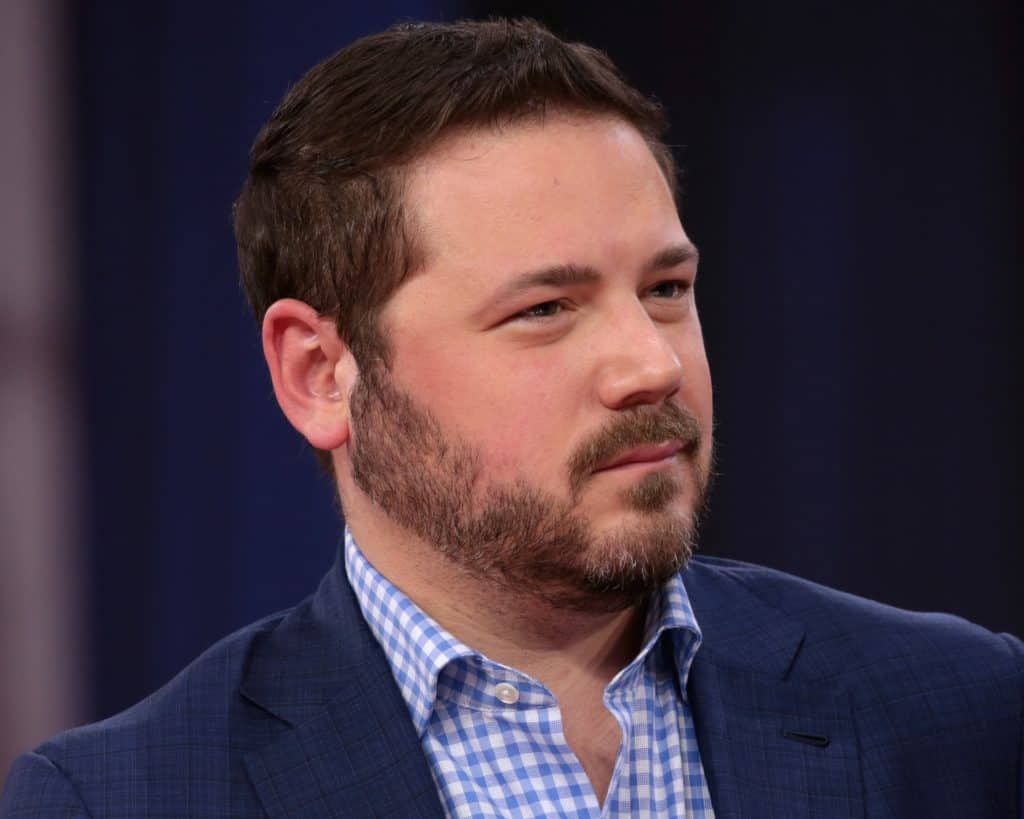 When Vox Media employees walked out during a bargaining dispute in 2019, Twitter users tweeted along. Among the commentators was Ben Domenech, the publisher of the web magazine The Federalist. He tweeted from his personal account, “FYI @fdrlst first one of you tries to unionize I swear I’ll send you back to the salt mine.” A senior contributor at The Federalist tweeted in reply that workers “demand to be paid in Ben-mixed cocktails.” But some Twitter users, with no connection to the company, responded with a variation of, “Haha, it’s funny because it’s illegal.” One of those Twitter users made a federal case out of Domenech’s tweet.

Joel Fleming, a partner at the law firm Block & Leviton LLP in Boston—and an active Twitter user—filed a charge with the Nation Labor Relations Board (NLRB) asserting that Domenech’s tweet was an unfair labor practice. Fleming’s charge was vital because NLRB does not have roving jurisdiction; it can investigate unfair labor practices only after receiving a charge. The National Labor Relations Act says, in passive voice, that the Board shall have power “[w]henever it is charged that any person has engaged in or is engaging in any such unfair labor practice.” The next sentence sets a statute of limitations for unfair-labor-practice charges except when “the person aggrieved thereby was prevented from filing such charge by reason of service in the armed forces[.]” Whether a charging party must be aggrieved by the alleged practice is now the threshold question in NLRB’s case against FDRLST Media, LLC, the company that publishes The Federalist.

In addition to NLRB’s subject-matter jurisdiction, the Board letting a stranger to file an unfair-labor charge caused two other problems. Fleming, it turned out, knew so little about FDRLST that he filed his charge in NLRB’s Division 2, which covers New York City, a venue with no connection to the company or Domenech’s tweet. Fleming’s complete unfamiliarity with FDRLST, and NRLB’s willingness to ignore its own venue rules, created a second issue in the case: whether a division of NLRB has personal jurisdiction over a company has essentially never become an issue because a charging party nearly always has a personal relationship to the accusations in the charge.

A third issue based on Fleming filing the charge arose once the Board began to prosecute FDRLST. Because the charging party typically has some connection to an alleged unfair labor practice, some important context about an ongoing labor dispute is baked in from the start—context which is critical to the First Amendment restrictions on NLRB’s enforcement authority. NLRB must, of course, prosecute speech consistently with the First Amendment. To comport with the First Amendment, NLRB’s assessment of employer speech, “must be made in the context of its labor relations setting.” A stranger’s allegation lacks the context that is typically apparent from a charge, including the existence of actual labor strife and how employees perceived the challenged speech. NLRB must then investigate and prove how, given the surrounding circumstances, an objective employee at the charged company would feel threatened. During NLRB’s prosecution of FDRLST, however, it became clear how little NLRB believes that the First Amendment applies to its enforcement actions.

Empowered by Fleming’s charge, NLRB’s entire investigation was to subpoena the testimony of four of FDRLST’s six employees and then demand that the company produce an enormous trove of internal documents relating to its editorial decisions. Represented by NCLA, the company objected, and the Board’s General Counsel stipulated to a sparse record that would constitute the complete evidence in the agency’s case in chief: Domenech’s tweet and some articles from The Federalist that the General Counsel thought showed that the organization had an “anti-union editorial position.”

FDRLST moved to dismiss the case for lack of personal and subject-matter jurisdiction, but the Board denied the motion in a single paragraph of analysis. So, NLRB’s General Counsel prosecuted the agency’s case before one of the agency’s own employees, Administrative Law Judge Kenneth W. Chu. Despite having subpoenaed two-thirds of FDRLST’s employees, the General Counsel called no witnesses. Two FDRLST employees, however, submitted sworn affidavits through independent counsel explaining that they knew Domenech’s tweet was a joke and did not feel threatened. Domenech also submitted an affidavit explaining that his tweet was a joke. The agency’s only evidence was the tweet itself and those articles from The Federalist. The was enough for ALJ Chu to find that FDRLST committed an unfair labor practice, and the Board affirmed.

On behalf of FDRLST, NCLA petitioned for review in the U.S. Court of Appeals for the Third Circuit, asserting its two jurisdictional arguments and that NLRB’s enforcement violated the First Amendment because the agency failed to consider any contextual evidence.

Appeal in the Third Circuit

The primary issue on appeal is whether NLRB had subject-matter jurisdiction (i.e., statutory authorization) to prosecute FDRLST. As mentioned above, Congress used passive voice in the relevant statutory provision, empowering NLRB to investigate and prosecute “[w]henever it is charged that any person has engaged in … any such unfair labor practice[.]” But charged by whom?

FDRLST maintained that passive voice does not render a law’s subject unknowable or ambiguous. Relying on traditional tools of interpretation, and Supreme Court precedent that has applied those tools to identify “aggrieved persons” as the subject of another passive-voice provision, the company maintained that NLRB lacked statutory authority to bring its case against FDRLST.

For its part, NLRB barely bothered with statutory interpretation. The Board relied instead—almost exclusively—on a throwaway line in a Supreme Court decision that predates the 1947 amendment adding the aggrievement language. In Indiana & Michigan Electric, the Supreme Court considered whether a union’s improper motives prevented it from being a charging party. The Court ruled that a charging party’s motivation is irrelevant to whether a charge empowers the Board to investigate an unfair labor practice. Notwithstanding the limited question at issue, the Court continued in dicta, opining that even a stranger to a labor contract could file a charge. Elevating this dictum into binding regulation, the Board’s rules allow any person to file a charge—presumably even the General Counsel of NLRB or any other Board employee.

The problem for NLRB, however, is that even if Section 10(b) does not impose an aggrieved-person requirement on charging parties, the statute still limits who can file a charge. In Lexmark, the Supreme Court held that, despite statutory language permitting “any person” to file a Lanham Act claim, the “zones-of-interests test” requires courts to presume “that a statutory cause of action extends only to plaintiffs whose interests ‘fall within the zone of interests protected by the law invoked.”

NLRB’s decision to accept Joel Fleming’s charge, and prosecute its case, in Division 2 injected a novel issue of personal jurisdiction into the case. NLRB has delegated its authority to regional directors across 32 regions with distinct geographic jurisdictions. Each division has jurisdiction within its regional borders. FDRLST challenged Division 2’s authority to hale the company into a tribunal without any connection to the case. The General Counsel’s sole response was that the Board has nationwide jurisdiction and is not bound by Article III.

Personal jurisdiction, however, is a matter of individual liberty that derives from the Due Process Clause—not from Article III. Over the centuries, the Supreme Court has adhered to a “general principle” that a sovereign’s decision to divide its authority amongst districts “necessarily confines” the local tribunal’s jurisdiction to its regional boundaries—regardless of whether the sovereign’s authority would extend further. As administrative agencies proliferated, Justice Louis Brandeis reaffirmed the “default rule from common law,” from which courts should not “lightly assume[] that Congress chose to depart.” The Court rejected the government’s attempt to ignore regional boundaries when issuing an administrative subpoena because courts should not “likely … assume[] that Congress intended to depart from a long-established policy” from common law. Like NLRB, the Railroad Labor Board had nationwide jurisdiction but could not identify any “reason … why Congress should have wished to compel every person summoned either to obey the Board’s administrative order without question, or to litigate his right to refuse to do so in such district, however remote from his home or temporary residence, as the Board might select.”

Over 50 years ago, the Supreme Court in Gissel Packing ruled that, to avoid infringing the First Amendment, NLRB must consider the context of a particular labor relationship when the Board prosecutes employer speech. At the time, NLRB’s policies at the time imposed a “duty to focus on the question: ‘What did the speaker intend and the listener understand?’” But NLRB has since whittled away at Gissel Packing rule, reasoning that an “objective” test of coercion means that an employer’s subjective intent is irrelevant. The agency took it one step further in its case against FDRLST and determined that contextual evidence of a listener’s understanding is also irrelevant. Using its dictionary of idioms, the Board insisted that Domenech’s joke about sending employees “back to the salt mine” cannot possibly be read as anything other than a threat.

Argument in the Third Circuit

At oral argument before the Third Circuit, Judge Paul Matey identified the link between NLRB allowing a stranger to file a charge and the lack of contextual evidence. Judge Matey saw how these two points overlap. Questioning NLRB’s attorney, he said, “You cite a host of cases that deal with employees for the proposition that you have jurisdiction to investigate conduct. Then you raise a bunch of cases that deal with specific threats to lose jobs, to have fewer desirable conditions, and say that they apply to substantiate that regarding a joke, and it all comes together in a very creative and novel interpretation of your power under the NLRA” – “[o]ne that extends to expressions that are clearly understood by reasonably speakers of English as humor, because they might have the potential to influence those employee relationships that as we said were not really employer relationships ‘cause they were brought by [a] third party.”

For his part, Judge Thomas Hardiman was more interested in the Board’s intruding on the First Amendment. He pressed the Board on whether it has ever before found an employer’s speech threatening based on so little contextual evidence: “where is the evidence in this record that the ALJ or the Board considered the context in which this tweet was issued? All the facts and circumstances surrounding the tweet including when it was made, how many people worked at the company, all that sort of thing. It seems like a pretty thin record as to whether … the tweet was contextualized. … I’m asking, where? Please point to the ALJ’s opinion, the Board’s opinion, to give us some confidence that this tweet was contextualized and not viewed in a vacuum.” Judge Hardiman also expressed concern that employer speech on social media presented new challenges and questioned whether this case would just be a one off. But this case is not a one off. In fact, this isn’t even the only charge Joel Fleming has filed—he charged another conservative publication as well.

The third member of the panel, Senior Circuit Judge Anthony Scirica, asked several questions about the two jurisdictional issues but cautioned that he thought the “stronger argument” was about the merits of whether NLRB put forward substantial evidence to overcome the First Amendment restraints on its authority.

It seemed from oral argument like the panel recognized that NLRB’s prosecution of FDRLST was an extension of its powers. Time will tell, though, how they’ll decide the case.