Of Walpoles in Buicks: Do Courts Owe a Reciprocal Duty of Candor? 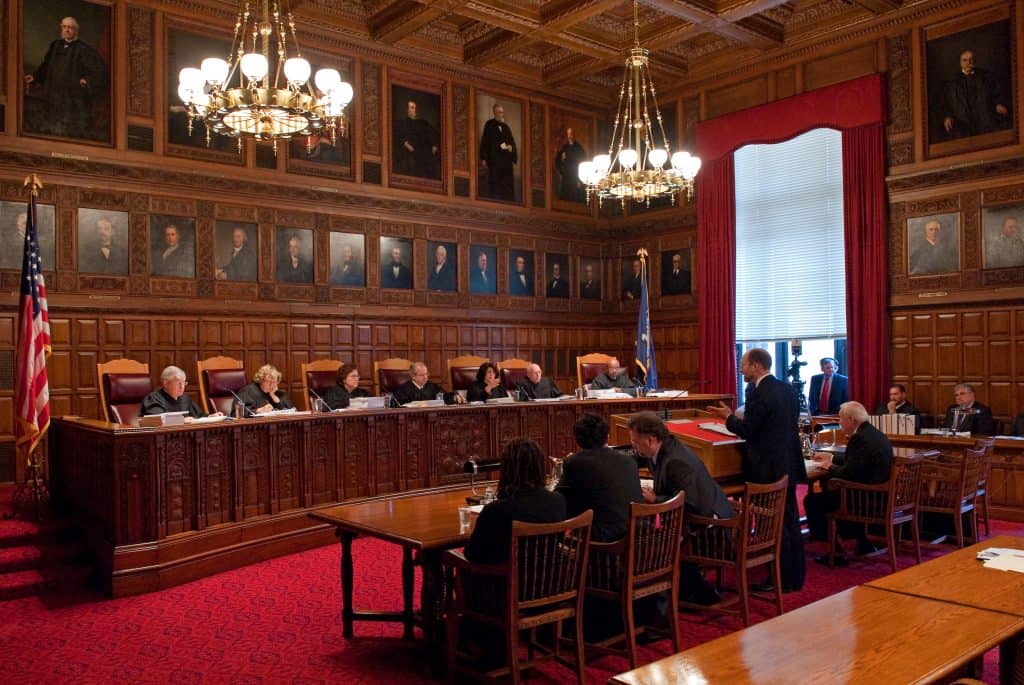 “Every case lays down a rule, the rule of the case…But a later court can reexamine the case…In the extreme form this results in what is known as expressly ‘confining the case to its particular facts.’ This rule holds only of redhead walpoles in pale magenta Buick cars. And when you find this said of a past case you know that in effect it has been overruled…The execution proceeds with due respect, with mandarin courtesy.”

The rules of professional conduct require that lawyers must be candid with the court. This means that they may not knowingly assert false statements of material facts or misrepresent the state of the law to the tribunal.’

But do courts have a reciprocal duty? What happens when you argue a case that is “on all fours” as they used to say, and the court decides to twist the facts or law beyond all recognition to distinguish the precedent.

This must happen with some regularity, as Professor Llewellyn was lecturing law students on this absurd practice a century ago, jokingly conjuring up “redheaded walpoles” in pale magenta Buicks to demonstrate just how silly and illogical this is. In his classic, The Nature of the Judicial Process, published in 1921, Justice Cardozo set a more serious tone by internalizing how devastating this can be to the very concept of justice:

If a group of cases involves the same point, the parties expect the same decision. It would be a gross injustice to decide alternate cases on opposite principles. If a case was decided against me yesterday when I was defendant, I shall look for the same judgment today if I am plaintiff. To decide differently would raise a feeling of resentment and wrong in my breast; it would be an infringement, material and moral, of my rights. Everyone feels the force of this sentiment when two cases are the same. Adherence to precedent must then be the rule rather than the exception if litigants are to have faith in the even-handed administration of justice in the courts.

Five decades or so after these professorial observations, courts again addressed the same problem. In Robinson v. Diamond Housing Corp., 463 F.2d 853, 862 (D.C. Cir. 1972) the DC Circuit said: “But the question before us is not whether there exists any difference between Edwards and our case; it is, rather, whether a relevant difference exists. Every case is “limited to its facts,” if by that phrase one means that the court based its judgment on the facts presented to it. But most cases are also decided with reference to some more general normative principle which extends beyond the specific circumstances of the case before the court. Indeed, it is the existence of such broader norms which distinguishes a decision which is principled and rational from one which is ad hoc and arbitrary.” A decade later, in Communications Inv. Corp. v. F.C.C., 641 F.2d 954, 976 (D.C. Cir. 1981) the appeals court wrestled with this same concept: “Distinguishing cases on the basis of principled differentiations is one thing; consciously setting out to “confine each case to its own facts,” another one which would virtually eliminate all precedent. After all, finding factual variations from case to case is a trivial task, and to say a case has been confined to its facts is just a polite way to say it has been ignored.”

The fact that these observations and cases cluster at certain times suggests that when the law has drifted away from its foundations, parties and courts too immersed in the culture of decay will resist course-correction and instead engage in what can only be called dishonest reading of precedent.  Another time-honored tool in this kit of legal mischief is to deride a case as “old” and therefore out of fashion, consigned to the dust-heap of abandoned principles.

But for law to have any integrity, it must assert a rule of general application to the people governed by it, indifferent to persons, factual particularities and fashion.  When decisions turn on irrelevant facts or newly conjured distinctions, it is a sure sign that appellate correction is in order.