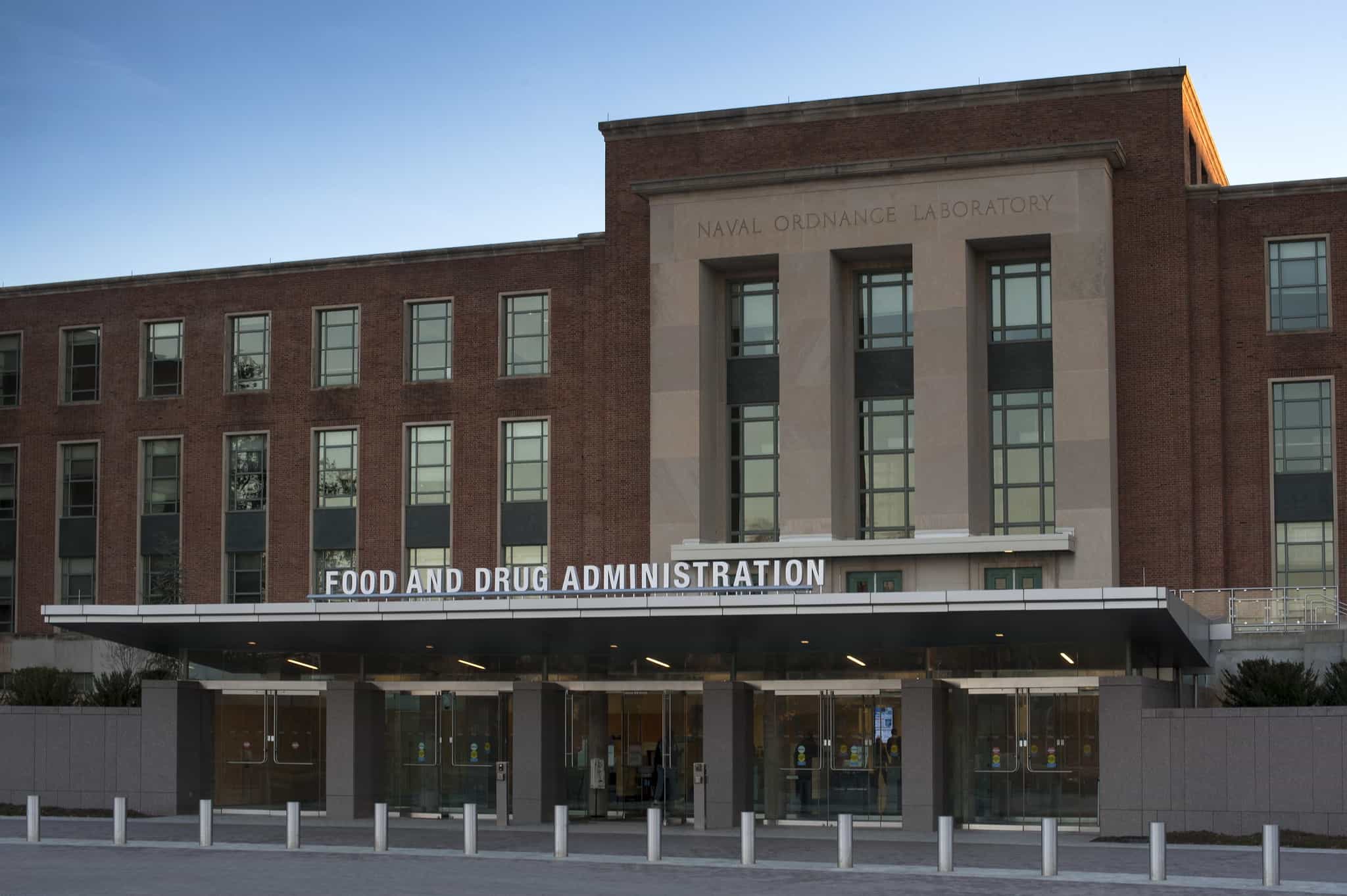 The federal Food and Drug Administration for several years has been attempting to prevent a state-licensed healthcare facility in Massachusetts from continuing to provide treatment to severely disabled patients. Last year, the federal appeals court in Washington, D.C. blocked those efforts, noting that the Judge Rotenberg Educational Center operates under the close supervision of the Massachusetts courts. The court ruled that FDA was overstepping its bounds by attempting to regulate the way the facility operates because federal law assigns to States—not FDA—authority to regulate the practice of medicine.

FDA is now engaged in a backdoor effort to overturn the court decision. Rather than petitioning for Supreme Court review or otherwise seeking a public resolution of its medical claims, FDA has quietly approached Congress to pass an unconstitutional bill of attainder—a law applicable only to the Massachusetts facility—that would shut down the facility’s treatments. This is shocking behavior by a federal agency. FDA seeks to deny the Massachusetts facility basic due-process rights by denying the facility any opportunity to present evidence that its treatment methods—which it has employed for decades with overwhelming support from patient families—are both safe and effective. Further, there is no need for legislation overturning the recent court ruling. As discussed below, the treatment at issue is the subject of a thorough, ongoing review by highly qualified Health Care Professionals and Massachusetts judges to determine its effectiveness.

FDA has tucked its bill of attainder into otherwise routine legislation widely supported by the drug and medical device industry. Congress should not be fooled—FDA’s stealth effort to overturn its courtroom defeat is anything but “routine” legislation.

A Last Resort for the Severely Disabled

The Judge Rotenberg Educational Center, Inc. (“the Center”) operates a state-licensed treatment facility in Massachusetts that provides treatment and educational services to nearly 300 patients from throughout the United States with severe disabilities and a history of engaging in dangerous, life-threatening behavior. The Center serves the most seriously ill patients; each of its patients has undergone multiple treatments at multiple facilities before coming to the Center because those facilities were unable to control the patients’ dangerous behavior—e.g., gouging their eyes, banging their heads, chewing off body parts.

The Center is the nation’s only facility that employs “electrical stimulation devices” as part of a comprehensive Applied Behavior Analysis treatment plan to treat patients’ self-injury and aggression. This therapy (known as “aversive therapy”) is used with fewer than 20% of the Center’s patients (all adults) and entails administering a skin shock to a patient’s arm or leg to modify undesirable behavior. The Center has employed skin-shock therapy with a small minority of its patients for more than 30 years, and medical studies indicate that the therapy has led to significant reductions in undesirable and dangerous behavior.

Indeed, those studies indicate that for some patients, aversive therapy is the only effective means of preventing patients from injuring themselves. The families of the Center’s patients have been among the strongest supporters of aversive therapy. A large group of parents and guardians intervened in the federal court proceedings to support continued availability of the therapy.

To administer the therapy, the Center uses a medical device (the “GED”), which it manufactured for itself and does not distribute to anyone else. FDA (which is authorized by federal law to regulate the marketing of drugs and medical devices) granted “clearance” for the GED in 1994. For many years, FDA voiced no objections to the Center’s use of aversive therapy.  In 2000, FDA determined that the Center’s reliance on its own GEDs constituted the practice of medicine and thus was exempt from premarket notification requirements that federal law imposes on medical device manufacturers. FDA conducted inspections of the Center in 2000, 2010, and 2012 and observed no incidents of GED use that violated federal statutes, regulations, or policies.

For more than three decades, Massachusetts has carefully monitored the Center’s treatment practices, and its courts have repeatedly found the Center’s use of aversive therapy to be safe and effective. Under the terms of a 1987 consent decree entered by a Massachusetts court, the Center does not administer aversive therapy to any of its patients unless: (1) a Health Care Professional prescribes aversive therapy after determining that other treatments have not been effective; and (2) a judge in the Massachusetts Probate and Family Court determines (after an adversarial proceeding at which each patient is represented by separate counsel) that the therapy is in the patient’s best interests and that the patient consents to it. Employing that procedural framework, Massachusetts judges in hundreds of cases spanning several decades have approved the safety and effectiveness of the Center’s practices.

Moreover, in June 2018, after a 44-day evidentiary hearing, a Massachusetts Probate and Family Court judge issued a comprehensive, 51-page opinion that rejected an effort to overturn the 1987 consent decree. Among the judge’s findings: “for many [Center] students, physical aversive treatment has been effective at treating the behavior that brought them to [the Center],” and opponents of aversive therapy failed to establish that the therapy falls outside “the accepted standard of care” for patients exhibiting self-injurious and aggressive behavior.

During the Massachusetts court proceedings, the Center had the opportunity to call witnesses, to cross-examine opposing witnesses, to respond to all evidence on which opposing parties relied, and to have factual findings made by an impartial decision-maker.

In recent years some FDA officials became openly hostile to the Center’s practices. Without first conducting any sort of hearing, FDA in March 2020 issued a final regulation banning use of GEDs for aversive therapy (but not other uses of other electrical aversive devices), declaring that the devices create “an unreasonable and substantial risk of illness or injury” when used for aversive therapy. The Center sought review in the U.S. Court of Appeals for the District of Columbia Circuit, which issued a decision invalidating the regulation in July 2021.

In urging invalidation, the Center argued principally that FDA issued the regulation in violation of basic due-process norms. Among other things, the Center faulted FDA for: (1) failing to conduct any sort of hearing (at which witnesses could be cross-examined) before issuing the regulation; (2) failing even to consider the substantial evidence supporting the safety and effectiveness of aversive therapy, including the findings of the Massachusetts courts; and (3) repeatedly refusing the Center’s requests that FDA officials visit the Center, meet with clinicians, evaluate patients, evaluate more data, and ask questions.

The three-judge appeals court panel did not need to address any of those claims. Instead, as noted above, it invalidated the regulation on the alternative ground that FDA was improperly attempting to regulate the practice of medicine—which federal law reserves to the States.  In other words, there still has been no hearing other than in the Massachusetts court on whether, as the Center claims and the Massachusetts court has found, aversive therapy is safe and effective.  Further, no court has examined whether FDA’s contrary position is arbitrary and capricious.

FDA chose not to appeal its appeals-court defeat to the Supreme Court. Instead, it seeks to overturn the appeals court decision legislatively. Section 810 of the proposed Food and Drug Amendments of 2022 would ban use of GEDs and similar devices to prevent self-injurious behavior—but would permit continued use of such devices for other purposes. Although the legislation does not target the Center by name, the Center is FDA’s sole target. As FDA itself has noted, the medical facility is the only one in the country that uses GEDs (or any sort of electrical stimulation devices) for aversive therapy. Yet FDA failed to inform the appeals court, the Center, or the families of those being treated at the Center of its secret legislative plans.

We should expect better behavior from federal administrative agencies. FDA officials may sincerely believe that continued use of aversive therapy poses health and safety risks. If so, they should bring their concerns to a forum in which all sides can be provided a fair hearing. But FDA for years has done everything in its power to deny the Center an opportunity to be heard. Instead of suing the Center, FDA in 2020 sought to ban aversive therapy by issuing a regulation that applied only to the Center. FDA chose that course precisely because it knew that a regulatory proceeding would deny the Center the full hearing it sought (and to which it would have been entitled if FDA had sued the Center).

An NFL football coach who is unhappy with the referee’s no-completion ruling can throw a challenge flag; and if his challenge is upheld by higher authorities, the pass will be declared complete. But the permissible remedies do not include a declaration that his team is victorious; the opposing team must still be provided an opportunity to use fair means to win the game. Likewise, FDA may properly ask Congress to amend the Food, Drug, and Cosmetic Act to expand the scope of FDA’s authority and thereby legislatively overturn the appeals court’s holding that only the States may regulate the practice of medicine. But it is extremely unfair for FDA to ask Congress to declare FDA the victor without ever granting the Center a meaningful opportunity to demonstrate that FDA acted arbitrarily and capriciously in questioning the safety and effectiveness of aversive therapy.

Aversive therapy’s safety and effectiveness continue to be litigated in Massachusetts courts. Those courts, unlike FDA, permit all sides to fully and fairly present their cases. If FDA continues to harbor safety and effectiveness concerns, it should ask those courts to listen to its concerns—rather than pushing secret legislation designed to thwart the Center from making its case, as the Center has been able to do successfully whenever given the chance.