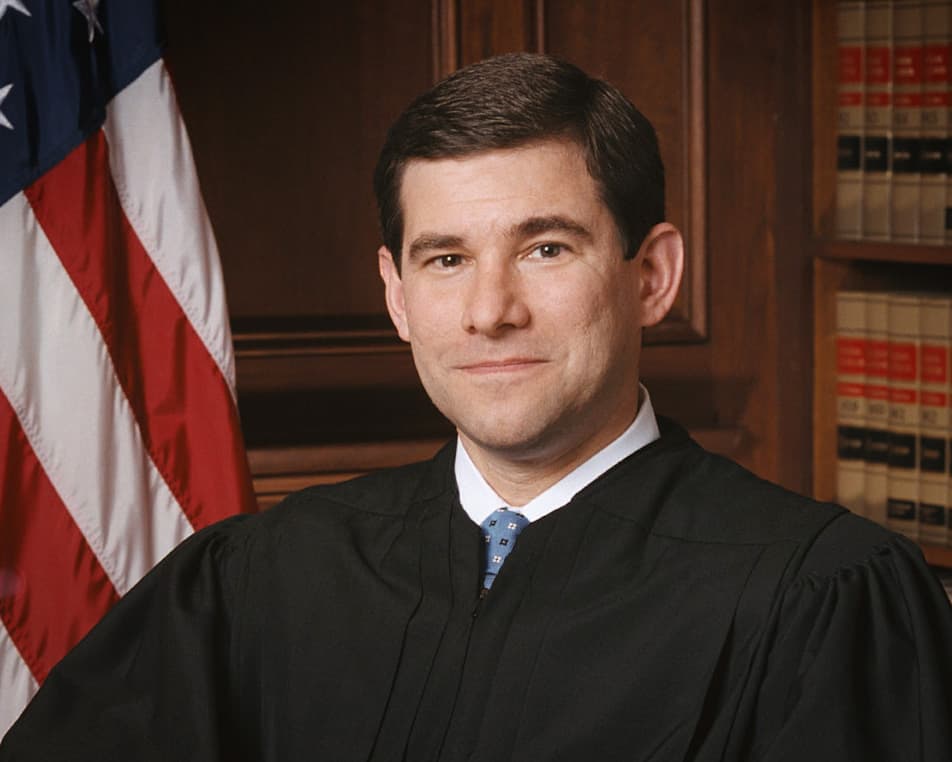 The unconstrained attack on the federal judiciary by Democratic members of Congress is in full swing. That effort was abetted last week by an ill-considered decision by the Committee on Judicial Conduct and Disability of the Judicial Conference of the United States. The Committee revived a judicial misconduct complaint against two federal judges and directed the formation of a “special committee” to conduct a “thorough[] and careful[]” factual investigation.

The Committee reversed the Second Circuit’s summary dismissal of the complaint despite the failure of the Complainants (seven Democratic Congressmen) to provide any evidence of misconduct by the judges—Chief Judge William Pryor of the Eleventh Circuit and Judge Corey Maze of the Northern District of Alabama. The Complaint alleges that the judges hired a law clerk accused of making racially discriminatory statements while employed at a conservative foundation prior to attending law school. And how does that constitute judicial misconduct? The Complaint alleges that the judges must have failed to adequately vet the employee because otherwise they would not have hired someone capable of making such statements. But it includes no evidence regarding the vetting process; the only relevant evidence is the judges’ uncontradicted statements that they extensively interviewed the candidate and carefully reviewed her background—and determined that she was qualified and fit for the job.

The Committee’s decision did not disagree with that assessment. Rather, it held that federal law mandated appointment of a “special committee” to investigate any “reasonably disputed issue” before a judicial misconduct complaint may be dismissed. But the only “reasonably disputed issues” identified by the Committee were: (1) whether the candidate made the racially discriminatory statements attributed to her by others; and (2) precisely what the candidate told the judges about the alleged statements.

The Committee’s decision is not a plausible reading of the relevant statutes and rules. The complaint was filed against the judges, not the candidate, and they are not responsible for her pre-law-school statements. Nor are there any disputed issues of fact regarding the hiring process; the judges stated that they thoroughly reviewed the candidate’s background (including her alleged statements) before hiring her, and the Complainants have offered no contrary evidence. Federal law requires immediate dismissal of any complaint “lacking sufficient evidence to raise an inference that misconduct has occurred.” 28 U.S.C. § 352(b)(1)(iii). The Second Circuit’s Judicial Council voted unanimously to affirm dismissal of the Complaint on the basis of that statute. The Committee’s July 8 decision inexplicably fails to cite the statute or to explain what possible inference of misconduct might arise from the facts alleged.

That unauthorized holding is all the more remarkable because the Committee failed to explain how any such investigation might plausibly uncover evidence of misconduct by the two judges. They have already provided uncontroverted statements that they concluded, after extensive vetting, that the candidate was fit to serve as a law clerk. No factual investigation into what the candidate may have said before entering law school could possibly contradict those statements. In dismissing the Complaint last fall, Second Circuit Chief Judge Debra Livingston explained that the Rules for Judicial Conduct are not intended as a vehicle for “second-guess[ing]” the hiring decisions of federal judges.

The motivation of the seven Democrats who filed the Complaint is clear: they seek to embarrass two prominent conservative judges as part of their continuing efforts to challenge the legitimacy of the federal judiciary. A “thorough” investigation into past statements by one of the judges’ law clerks no doubt will achieve their objectives; it will take many months to complete and will generate inflammatory headlines when the charges of the candidate’s critics are aired once again. And until the judges are eventually exonerated, a cloud will hang over them.  Among other things, they will be barred by statute (28 U.S.C. § 359) from serving in a variety of judicial capacities until the investigation is complete.

Why the Committee would rule in a manner that abets this unwarranted attack on the judiciary is unclear. One possible clue is the composition of the seven-member Committee. Six of the members are appointees of Presidents Carter or Clinton, including prominent liberal appeals-court judges Margaret McKeown, Jon Newman, and Carl Stewart. But those judges, each of whom has been the subject of criticism by Republican members of Congress, must realize that their decision opens themselves up to equally unfounded ethics complaints by those opposed to their judicial decisions. The independence of the judiciary cannot long endure if politicians are handed such an easy method of forcing disfavored judges to endure lengthy investigations into their day-to-day activities such as whom they hire.

Judge Livingston can help put a stop to such harassment by declining on remand to follow the portions of the Committee’s decision that it lacked statutory authority to issue. In appointing the “special committee” mandated by the decision, she should make clear that the committee should “conduct an investigation as extensive as it considers necessary” (28 U.S.C. § 353(c)) and need not adhere to the investigation protocol improperly specified by the Committee on Judicial Conduct’s decision.

[1] The Rules do not grant complainants an appeal by right; the right to appeal exists only if one or more members of the Judicial Council dissent from dismissal, Rule 21(b)(1)(B), and the Second Circuit’s dismissal was unanimous. Indeed, Rule 19(e) requires that a complainant be informed that “he or she has no right to seek review” of a unanimous decision. In other words, the Committee acted on its own initiative in hearing this appeal.