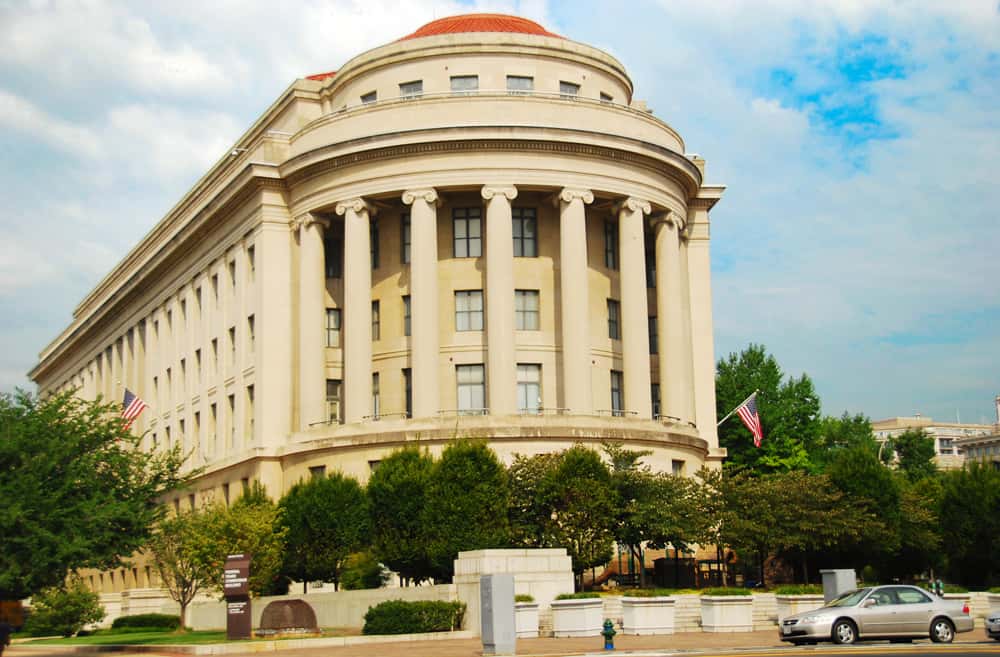 As the Wall Street Journal recently noted, the FTC’s recent lawsuit against Walmart raises a fundamental constitutional issue regarding the FTC’s authority to initiate lawsuits. The point at issue concerns Congress’s authority to limit the President’s power to remove executive officers, an issue that has been in contention since Reconstruction and, perhaps, will be resolved finally.

In the Walmart matter, FTC concluded that, having violated several statutes, Walmart should be sued for monetary penalties and an injunction against future violations. Consistent with the restrictions on its authority to initiate civil litigation, the FTC requested that the Attorney General commence the litigation. The Attorney General declined.

So, FTC then voted to initiate a lawsuit in its own name against Walmart, seeking “permanent injunctive relief, monetary relief, civil penalties, and other relief for Defendant’s acts or practices.” FTC brought the lawsuit pursuant to powers purportedly granted by statutes enacted in the 1970s.

The lawsuit presents a constitutional problem. FTC is comprised of five Commissioners appointed by the President but removable by him, not at-will, but only for cause— “for inefficiency, neglect of duty, or malfeasance in office.”

The issue is, “May a government official, not removable at-will by the President, initiate litigation?” The answer is a resounding “no.”

The answer derives from the core structure of our government. The Constitution sets out three branches and vests a different form of power in each—legislative, executive, and judicial. See U.S. Const. art. I, § 1, art. II, § 1, cl. 1, art. III, § 1.

But the President cannot fulfill his role of “faithfully” initiating lawsuits without assistance. He must “select those who [are] to act for him under his direction in the execution of the laws.” Myers v. United States, 272 U.S. 52, 117 (1926). Implicit in the President’s power to “select” is his power to remove. Id. “[T]o hold otherwise would make it impossible for the President … to take care that the laws be faithfully executed.” Myers, 272 U.S.at 164; see also Free Enter. Fund v. Pub. Co. Acct. Oversight Bd., 561 U.S. 477, 483 (2010) (“Since 1789, the Constitution has been understood to empower the President to keep [his] officers accountable—by removing them from office, if necessary.”).

This is where the Walmart litigation becomes interesting.

In 1935, the Supreme Court upheld, against a constitutional challenge, the provision of the Federal Trade Commission Act that made Commissioners removable only “for cause.” Humphrey’s Ex’r v. United States,
295 U.S. 602, 629 (1935). The Court did not doubt the President’s limitless power to terminate the employment of an executive officer: In fact, the Court characterized the Executive’s Article II power to terminate as “exclusive and illimitable.” Id. at 627.

Rather, the Court concluded that the Commission (in its 1935 iteration) exercised “no part of the executive power vested by the Constitution in the President.” Humphrey’s Ex’r, 295 U.S. at 628 (“[i]n administering the provisions of the statute in respect of ‘unfair methods of competition,’ that is to say, in filling in and administering the details embodied by that general standard, the Commission acts in part quasi legislatively and in part quasi judicially,” and that “[t]o the extent that it exercises any executive function, as distinguished from executive power in the constitutional sense, it does so … as an agency of the legislative or judicial departments of the government”).

Humphrey’s Executor on the status of FTC Commissioners is current law, meaning that it has never officially been overruled. See e.g., Seila Law, 140 S. Ct. at 2198 n.2 (“The Court’s conclusion that the FTC did not exercise executive power has not withstood the test of time.”).

If Humphrey’s Executor is good law, then Walmart’s motion to dismiss should be granted: FTC Commissioner may not initiate lawsuits because they are not executive officers. And, if FTC Commissioners have been elevated to executive officers (entitled to initiate lawsuits) by the 1970s statutes, then those statutes are unconstitutional: Congress purported to authorize FTC to engage in the executive function of initiating litigation but did not revise FTC Act section 41 that limits the President’s power to remove Commissioners.

Congress may do one or the other: Shield FTC Commissioners from at-will removal by the President, or authorize the FTC to initiate lawsuits. Because Congress cannot do both, the Walmart motion should be granted.

And, with that granting, the Walmart decision may conclude a dispute that has percolated in constitutional law since the 1868 impeachment of President Johnson. Congress had impeached President Johnson for violating the Tenure of Office Act, which purported to prohibit the President from removing an executive officer without the consent of the Senate. Repealed in 1869, the Tenure in Office Act was never subjected to Supreme Court review. A similarly worded act finally reached the Court in 1926, which, in the Myers case, quoted multiple times herein, stated unequivocally that the President’s Article II power to remove executive officers was “exclusive and illimitable.” Perhaps the decision in the Walmart case will finally put to rest any dispute about this constitutional principle.