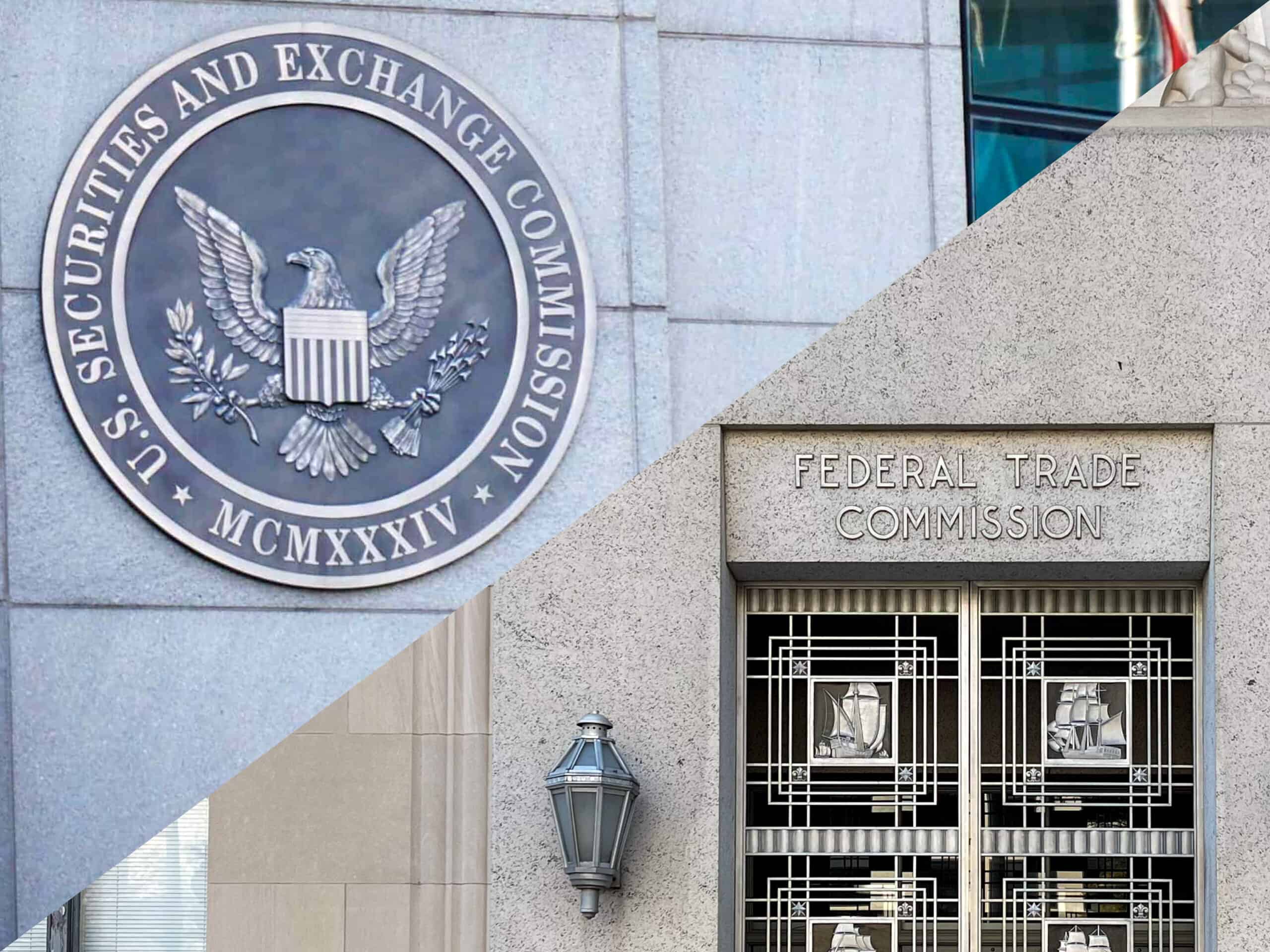 What happens when federal bureaucrats get caught red-handed with both fists in the private-sector cookie jar? Do they apologize and return the funds they illegally confiscated, perhaps even with interest?

Of course not. Being a federal bureaucrat means never having to say you’re sorry—or having to “disgorge” your ill-gotten loot.

Two Supreme Court cases in recent years illustrate the point. In both cases, all nine justices unanimously agreed that federal regulators unlawfully confiscated billions of dollars through so-called disgorgement and restitution in civil law enforcement proceedings over several decades, without Congress having granted them any legitimate power to do so. Yet in the aftermath of these cases, neither agency appears to have returned a dime to any of those whose funds were unlawfully confiscated.

First the Securities and Exchange Commission. Since at least the early 1970s, the SEC has been routinely demanding that securities-law violators disgorge their unlawful gains, even though Congress did not empower the agency to seek such relief in federal courts until early 2021, when one or more unknown Senators at the last minute snuck that power into the must-pass annual defense appropriation bill.

Early on, the SEC dubiously justified disgorgement as an equitable remedy ancillary to its statutory power to seek injunctions under section 21(d) of the Securities Exchange Act of 1934 (and parallel provisions of other securities laws). The agency later claimed disgorgement was also authorized by section 305(b) the Sarbanes-Oxley Act of 2002, which amended Exchange Act section 21(d) to empower the SEC to obtain “any equitable relief that may be appropriate or necessary for the benefit of investors.”

But even after Sarbanes-Oxley, the SEC had a fundamental conundrum with disgorgement: The agency could obtain disgorgement only if and when it qualified as “equitable relief” rather than a legal or punitive sanction. For a host of reasons, most of the SEC’s disgorgement awards couldn’t plausibly qualify as equitable, yet the SEC plowed ahead and increasingly sought such relief—and lower courts inexplicably seemed eager to let the agency get away with it. Moreover, the SEC obtained the vast majority of its disgorgement awards through settlements with enforcement targets desperate to avoid the cost and stress of litigating against the agency, so court challenges were relatively few and far between. From 2015 through 2020, the SEC was raking in an average of about $3 billion per year in aggregate disgorgement awards, mostly through settlements.

But in 2020 the Supreme Court finally stepped in and essentially told the SEC it had no lawful basis for many (if not most) of those disgorgement awards. More specifically, the Court held in Liu v. SEC that disgorgement is an equitable remedy only when it doesn’t exceed a wrongdoer’s personal net profits and is awarded for victims. Many SEC disgorgement awards failed this test, including the one challenged in Liu and countless others where the SEC either deposited the disgorged funds into the U.S. Treasury instead of reimbursing victims, obtained disgorgement jointly and severally among unrelated defendants, and/or failed to credit legitimate expenses to reduce the disgorgement amount. (Justice Thomas technically dissented from the otherwise unanimous decision, but only because he believed the law, as it existed up until then, precluded the SEC from obtaining disgorgement under any circumstances.)

You might think an honorable government, thus chastened, would diligently review its historical docket and promptly reimburse the funds it had unlawfully confiscated from private citizens and businesses over the years, but don’t hold your breath. The SEC not only has failed to do so but also beat back a putative class action seeking such refunds, which was dismissed because the plaintiff had paid its disgorgement pursuant to a settlement in which it waived any opportunity for subsequent judicial review. Thus, despite decades of unlawful confiscations, the SEC seems to have safely secured its loot under permanent lock and key.

Similar story with the FTC. Starting in the late 1970s, the FTC routinely demanded and collected restitution in enforcement cases it pursued in federal court pursuant to Federal Trade Commission Act section 13(b), even though Congress has never empowered the agency to seek such relief. Like the SEC, the FTC raked in billions of dollars over the years in disgorgement and restitution awards, dubiously claiming such monetary awards were tantamount to injunctions. And as with the SEC, the Supreme Court eventually had to step in and—to coin a phrase—stop the steal.

The Court did so in AMG Capital Management v. Federal Trade Commission (2021), squarely holding that the FTC had no lawful basis for confiscating these funds from the private citizens and businesses it had sued. As in the Liu case, not a single justice sided with the agency.

Again, you might think the agency would at least try to identify and reimburse those citizens and businesses whose funds it unlawfully confiscated over the years, but you’d be wrong. There’s no public evidence to suggest any such efforts were taken or are currently in the works.

The supreme irony here is that these agencies unlawfully confiscated billions of dollars under the guise that the alleged wrongdoers had obtained the funds unlawfully. But after the agencies’ own subsequent confiscation of the same funds was exposed as unlawful, mum’s the word about equity or paying anything back.

Mel Brooks may have coined the best catchphrase to explain this incongruity: “It’s good to be the king.”