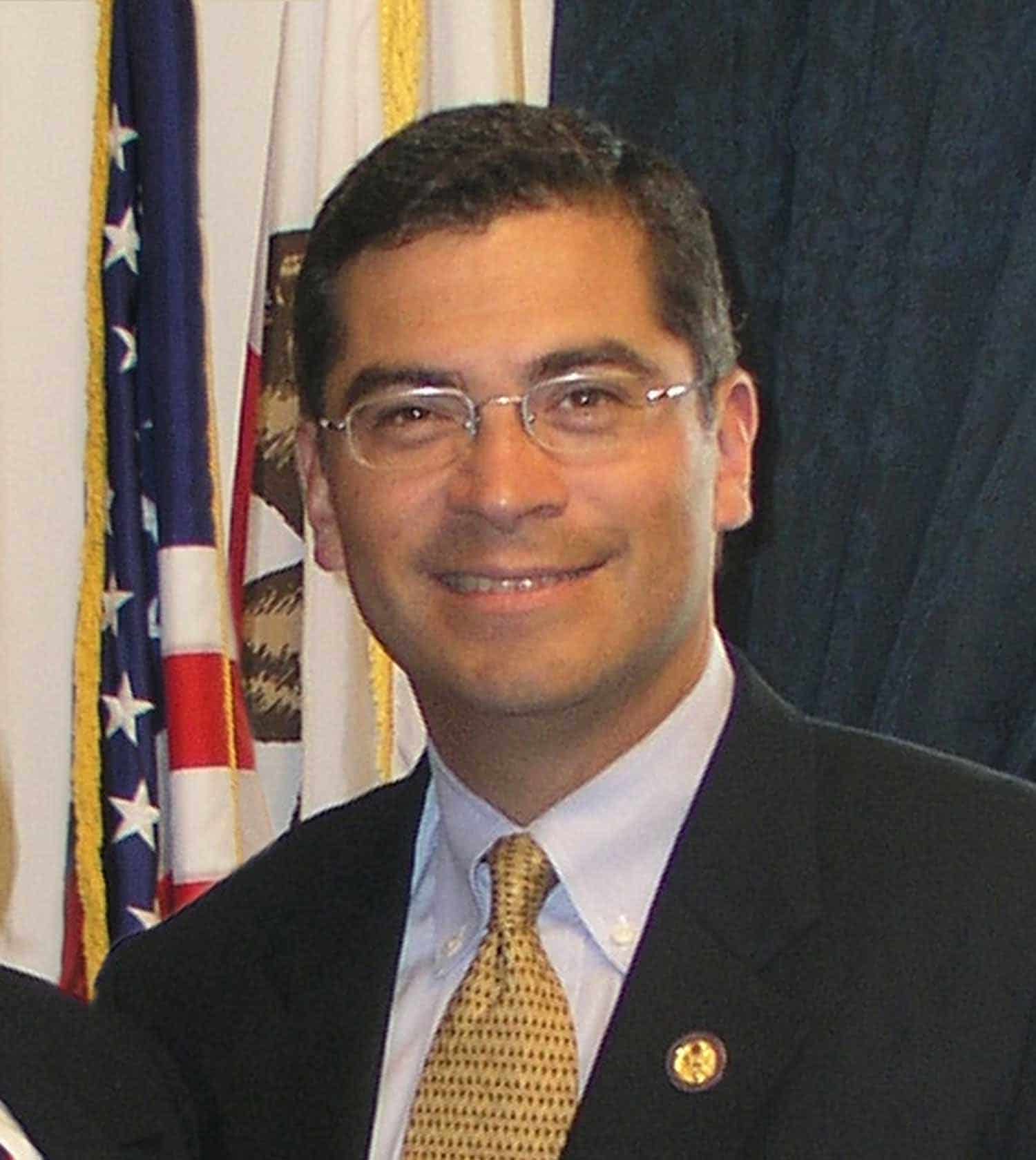 The California Attorney General used ad hoc deficiency letters sent to thousands of charities to compel disclosure of confidential lists of names and addresses of charitable donors.  Detecting charitable fraud may be a compelling government interest, but the trial court found that “[t]he record before the Court lacks even a single, concrete instance in which pre-investigation collection of a Schedule B did anything to advance the Attorney General’s investigative, regulatory or enforcement efforts.”  Thus, the Attorney General’s sweeping demand did not withstand exacting scrutiny.

Unfortunately, the Ninth Circuit didn’t see it this way on appeal.  While the panel claimed to apply exacting scrutiny, it ignored that the Attorney’s General’s fiat regulation was not narrowly tailored to suit its ostensible goals.  AFPF asked the entire Ninth Circuit to rehear its case.

NCLA filed an amicus curiae brief in support of AFPF’s petition for rehearing.  NCLA’s principal argument was that the Ninth Circuit’s decision gutted one of the cornerstones of civil rights law—NAACP v. Alabama.  NAACP protects the associational and speech rights of all organizations—and most importantly, unpopular ones—by allowing them to keep their membership and donor lists private from government officials.  NAACP’s holding is important to all organizations whose beliefs may provoke hostility and opposition, or whose members or donors could be deterred from affiliating absent assurances of privacy and confidentiality.  Under NAACP, if an organization had shown that one or more of its members had encountered “economic reprisal, loss of employment, threat of physical coercion, and other manifestations of public hostility,” that alone was enough to establish that disclosing the membership list to the state “may induce members to withdraw from the Association and dissuade others from joining it.”

Washington, D.C. – Today, the New Civil Liberties Alliance filed an amicus brief supporting two Writs of Certiorari to the U.S. Supreme Court in Americans for Prosperity Foundation v. Becerra and Thomas More Law Center v. Becerra. The Petitioners in these related cases are asking the Supreme Court to reverse the U.S. Court of Appeals for the Ninth Circuit and protect First Amendment rights to free speech, free association, and privacy in one’s associations. NCLA is supporting these writs, because it is concerned that the Ninth Circuit decision below eviscerates the Supreme Court’s landmark 1958 precedent, NAACP v. Alabama ex rel. Patterson.

John Patterson, the attorney-general of Alabama, had demanded membership lists from the local NAACP chapter. The Supreme Court ultimately ruled that the NAACP did not have to divulge its members to the attorney-general because having to do so could deter people from joining the organization. In a parallel bit of modern intimidation, California’s attorney general Xavier Becerra, without authority from any state law, has invented a new, binding obligation on charities that solicit donations in his state. A dictate from his office demands that 501(c)(3) charitable organizations turn over Form 990, Schedule B from their federal tax returns, which is the schedule that lists all of an organization’s largest supporters, to his office.

The attorney-general lacks the power to require groups to turn over their supporter lists when they solicit for their various charitable endeavors. In fact, enforcing his ad hoc rule violates both the California Constitution and the United States Constitution. The Supreme Court should be alarmed that the Attorney General is so openly flouting—and the Ninth Circuit is so blatantly ignoring—the constitutional protections for privacy and associational freedom recognized by the Supreme Court in NAACP v. Alabama ex rel. Patterson.

NCLA believes the Ninth Circuit’s opinion offers little protection to unpopular minorities and erodes constitutional protections for political minorities. It not only undermines the rights of speech and associational freedom; it also impinges on the religious freedom of supporters who want to give anonymously in accordance with the teachings of their religion. This Court should grant the Petitions because the Ninth Circuit misapplied this Court’s long-standing civil rights precedent.

“All Americans should be alarmed by the California Attorney General’s barefaced flouting of the constitutional protections for privacy and associational freedom.  The Supreme Court acknowledged these protections 60 years ago in NAACP v. Alabama—one of the most significant decisions of the civil rights era. The Court should make it abundantly clear that NAACP is still the definitive authority on First Amendment rights and confirm once and for all that there is a vital, constitutionally protected relationship between the freedom to associate and privacy in one’s associations.”—Michael DeGrandis, NCLA Senior Litigation Counsel

“If charitable supporters are concerned that a charity is defrauding them, they can certainly make the state attorney-general aware of it and tell him how much they contributed to the charity in question. But for the attorney-general to demand supporter lists from ALL charitable organizations—without any suspicion of fraud—is overkill. A drastic action like throwing out the landmark civil rights precedent of NAACP v. Alabama raises obvious questions about the attorney general’s real intentions.”
—Mark Chenoweth, NCLA Executive Director and General CounselABOUT NCLA

Washington, D.C. — The en banc Ninth Circuit Court of Appeals declined to rehear Americans for Prosperity Foundation v. Becerra late last week, dismissing one of the most important legacies of the Civil Rights Movement in the process.

In October 2018, the New Civil Liberties Alliance (NCLA) filed a brief as amicus curiae in AFPF v. Becerra, asking the entire Ninth Circuit to rehear the case to vindicate civil liberties protected by the First Amendment, including the freedom of association. The Ninth Circuit denied rehearing, though the dissenting judges agreed with much of NCLA’s argument.

NCLA argued that “the NAACP Court applied a straightforward and rigorous test that simply asks whether an organization’s members have previously encountered ‘public hostility’ when their membership has been revealed . . . . If so, then the state must show that disclosure has a ‘substantial bearing’ on the state’s asserted interest in obtaining the list of names.”

This heightened scrutiny for compelled membership disclosure is essential to protecting liberty because, as the NAACP Court said, the “[i]nviolability of privacy in group association may in many circumstances be indispensable to preservation of freedom of association, particularly where a group espouses dissident beliefs.”

The AFPF dissenters took up this theme, explaining that “[c]ontroversial groups often face threats, public hostility, and economic reprisals if the government compels the organization to disclose its member and contributor list.” Thus, “[t]he Supreme Court has long recognized this danger and held that such compelled disclosures can violate the First Amendment right to association.” The dissent called for application of the Supreme Court’s “clear [NAACP] test for cases like this one.”

Instead of applying NAACP’s heightened scrutiny, the Ninth Circuit panel denied rehearing because it incorrectly applied a lesser standard. In so doing, the dissent concluded that the panel’s “watered-down standard” has the practical effect of allowing the government to “put the First Amendment associational rights of members and contributors at risk for a list of names it does not need, so long as it promises to do better in the future to avoid public disclosure of the names.”

“This decision is a travesty of justice and marks a dark day for civil rights in modern America. Attorney General Becerra—just like the Attorney General of Alabama in the 1950s—has no legitimate need for the donor lists of every nonprofit organization. He is creating a problem, not solving one. By condoning Becerra’s fishing expedition, the Ninth Circuit has turned back the clock to the pre-civil rights era when dissident organizations labored at the mercy and sufferance of hostile state attorneys-general. This poorly reasoned decision has set the standard for protecting Americans’ freedom of association so low that any state attorney general can simply offer self-serving assertions about the needs of law enforcement to nullify citizens’ demonstrable concerns regarding the threats and reprisals they face for expressing their unpopular beliefs.” – Mark Chenoweth, NCLA Executive Director and General Counsel

NCLA is a nonprofit civil rights organization founded by prominent legal scholar Philip Hamburger to protect constitutional freedoms from violations by the administrative state. NCLA’s public-interest litigation and other pro bono advocacy strive to tame the unchecked power of state and federal agencies and to foster a new civil liberties movement that will help restore Americans’ fundamental rights. For more information visit us online: NCLAlegal.org.