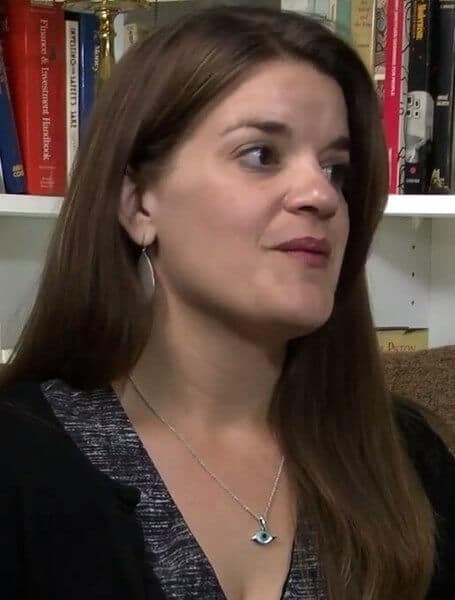 In 2017, the New Mexico Legislature passed Senate Bill 96 (SB96), but Governor Susana Martinez promptly vetoed it.  On the very same day of the Governor’s veto, New Mexico’s Secretary of State declared that she would make the policies and provisions of SB96 law through rulemaking.  Just five months later, the Secretary adopted her Campaign Finance Rule—a regulation substantively identical to SB96, that alters, modifies, and expands the reach of New Mexico issue-advocacy reporting laws.  An executive department administrator thereby accomplished the extraordinary feat of using an administrative decree to veto a veto, resurrecting the policies and strictures of a dead bill and creating a regulation that is very much alive.

NCLA petitioned New Mexico’s Supreme Court to issue an extraordinary writ to undo the Secretary’s audacious breach of New Mexico’s separation of powers.  Regrettably, the Supreme Court declined to hear oral arguments or rule on the merits of the parties’ briefs, preferring to let another court take up the matter.  Undaunted, NCLA and its New Mexico legislator-clients are currently weighing litigation options because we cannot allow a bureaucrat’s hijacking of legislative and executive functions to go unchallenged.

“WHEREAS, this matter came on for consideration upon the Court’s own motion to request a response to the verified petition for writ of mandamus and request for stay, and the Court being sufficiently advised, Chief Justice Judith K. Nakamura, Justice Barbara J. Vigil, and Justice Michael E. Vigil concurring;

NOW, THEREFORE, IT IS ORDERED that a response shall be timely if filed on or before January 25, 2019.”

“An extraordinary breach of New Mexico’s constitutional order lies at the heart of this case—a veto of a veto that effectively enacted law without a governor’s signature and without a veto override by the New Mexico State Legislature.

This end-run around New Mexico’s Constitution began in early 2017, when the Legislature passed Senate Bill 96 (“SB96” or the “Bill”). Governor Susana Martinez, however, exercised her constitutional prerogative and vetoed SB96. On the very same day that the Governor vetoed the Bill, Secretary of State Maggie Toulouse Oliver announced that she would make the policies and provisions of SB96 law through rulemaking. Just five months later, the Secretary adopted her Campaign Finance Rule (the “Secretary’s Rule” or the “Rule”)—a regulation substantively identical to SB96, altering, modifying, and expanding the reach of New Mexico campaign finance laws. An executive department administrator thereby accomplished the extraordinary feat of using an administrative decree to veto a veto, resurrecting the policies and strictures of a dead bill and creating a Rule that is very much alive.

The New Mexico Constitution does not confer such authority upon the Secretary of State, nor does it permit her to override a veto. The Secretary’s Rule arrogated the Legislature’s exclusive Article IV authority to establish public policy 3 and to make law, and it nullified the exclusive Article IV, Section 22 prerogatives of the Governor’s veto and the Legislature’s veto override.

The Petitioners ask this Court to issue a writ of mandamus to vacate the Secretary’s Rule as unconstitutional. To be clear, this case does not challenge the wisdom or folly of the policy choices underlying the Secretary’s Rule, nor does it challenge the procedure used to enact the Rule. The legal foundation upon which this Petition rests is constitutional bedrock—Article III of the New Mexico Constitution. Article III’s separation of powers clause expressly prohibits any one of the departments of New Mexico government from exercising the authority constitutionally reserved to another department.

Washington, DC, Dec. 20, 2018 — The New Civil Liberties Alliance today filed a Petition for a Writ of Mandamus with the Supreme Court of New Mexico. The Petition asks the Justices to vacate New Mexico’s 2017 “Campaign Finance Rule” (CFR) because it violates the separation of powers guaranteed to the state’s citizens in Article III, Section 1 of the New Mexico Constitution.

The problem began when the Legislature passed Senate Bill 96, which required—among other things—reporting of “independent expenditures” to regulators. Governor Susana Martinez vetoed SB96, concerned that the bill would likely discourage individuals from giving to charities.

Despite the veto, Secretary of State Maggie Toulouse Oliver announced that she would “go forward utilizing [her] rulemaking authority” to enact a regulation to effectuate most of the vetoed bill’s provisions. Secretary Oliver’s resulting CFR, which is substantively identical to SB96, essentially vetoed the governor’s veto by rewriting New Mexico campaign finance laws without legal authority.

Of course, the New Mexico Constitution does not confer such broad authority upon the Secretary of State, nor does it permit her to displace the governor’s veto authority, the legislature’s policymaking responsibility, and the Constitution’s basic requirements for lawmaking. NCLA is asking the Supreme Court of New Mexico to strike down this unlawful regulation and restore constitutional order to the Land of Enchantment.

“At the heart of this case lies an extraordinary breach of New Mexico’s constitution. It is constitutionally absurd to suggest that the Secretary of State may legally hijack legislative and gubernatorial authority to enact laws. Secretary Oliver’s unilateral rule-by-decree threatens the essential nature of New Mexico’s representative form of government. Every New Mexico resident should be troubled by this power grab.”
—Michael P. DeGrandis, NCLA Senior Litigation Counsel

“The constitutional role of the Secretary of State is to execute the law, not to make it. When mere administrators overstep their legal authority and act like legislators, NCLA will call them out publicly and haul them into court.”
—Mark Chenoweth, NCLA Executive Director and General Counsel

The following petitioners have joined together in this effort to vacate the Secretary’s Rule as unconstitutional: