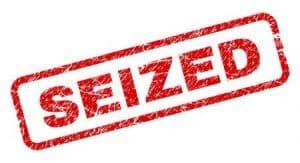 Asset forfeiture is the process local, state, and federal law enforcement agencies use to seize property they allege was used to facilitate a crime or is the result of a crime. It is a vestige of English law that was used to combat piracy. Or maybe more accurately what Britain described as piracy—not complying with the Navigation Acts. Despite the Navigation Acts being among the grievances leading to the Revolution, the first U.S. Congress used the British statutes as a model for America’s first forfeiture law. Forfeiture remained a popular law enforcement tool through the Prohibition-era. But the modern era of asset forfeiture began during the 1980s and the “War on Drugs.”

Asset forfeiture has proven lucrative for law enforcement agencies, thereby creating the perverse incentive of incentivizing forfeiture actions. A 2017 report by the Department of Justice’s Inspector General indicated that the Drug Enforcement Agency seized about $4.15 billion in cash alone between FY2007 and FY2016. In South Carolina, the TAKEN investigation estimates that more than $17 million in cash and property was seized over a three year period. This perverse profit motive, as well as other Constitutional deprivations, have caused newfound skepticism of the practice.

Highlighting many of the constitutional concerns raised regarding asset forfeiture, a South Carolina trial court recently found that state’s statutes are unconstitutional because they violate “the prohibition on excessive fines” and “due process.”

The South Carolina forfeiture statute, S.C. Code Sections 44-53-520 and 44-53-530, create a cost-sharing mechanism between law enforcement, prosecutors, and the state for any cash seized over $1000 (seventy-five, twenty, and five percent, respectively). Unless otherwise agreed to, law enforcement agencies retain the first $1000 of any cash seized. The statute requires that each agency maintain sperate accounts for forfeiture funds, that may only be used by that agency for specific purposes. The funds cannot be used to supplant budgeted funds but, if approved, may be used for recurring purchases. Section 44-53-540 of the Code places the burden of proof on the individual whose property has been seized.

Following the Timbs decision, the South Carolina trial court determined that the state’s forfeiture statutes violated the both the United States and South Carolina’s “constitutional protections against excessive fines by permitting the government to seize unlimited amounts of cash and other property without regard to the proportionality of the crime that may have been committed.” The trial court also noted that the provisions allow seizure of “unlimited amounts of cash and other property even when no crime has been committed, without a criminal conviction and without proof of a crime having been committed beyond determination of probable cause” (emphasis in original).

The trial court also found that South Carolina’s forfeiture statutes were unconstitutional because they violated due process in three ways. First, the law “place the burden on the property owner to prove his or her innocence” allowing the state to institute a forfeiture even “when a defendant has not even been charged with a crime, or when the government has not provided any meaningful evidence that the  property is connected with a crime.” Second, the law “incentivize forfeiture officials to prosecute forfeiture actions” because forfeiture programs, officials, and law enforcement agencies “are dependent on the revenue generated.” Finally, “the law does not provide for any judicial review or judicial authorization prior to or subsequent to the seizure” even though the statute “permit[s] a property owner to file a civil action to obtain return the return of their property.”

Hopefully, this case signals a permanent shift in South Carolina asset forfeiture law and provides a roadmap for legal challenges to similar statutes in other states because, as the trial court opined, “[d]ue process demands more than this.”