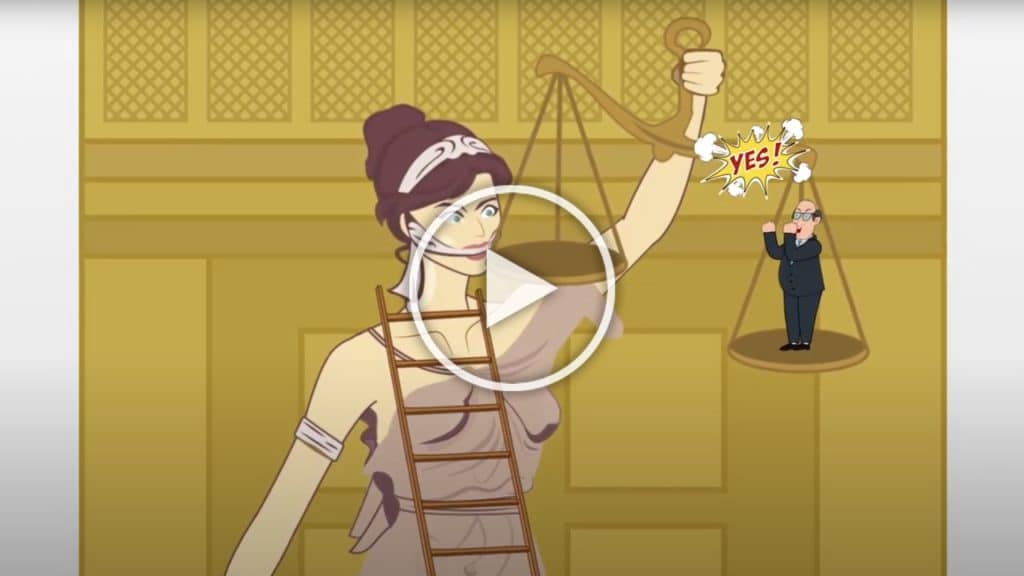 Washington, DC (June 4, 2020) – Imagine being silenced for life and unable to tell your side of the story. There is a “Gag Rule” in place at the U.S. Securities and Exchange Commission (SEC) meant to do just that. Every year, people are coerced into settling with the agency out of fear of a drawn-out, expensive administrative hearing process that can ruin reputations, disrupt families, destroy businesses, and end prosperous careers. When defendants settle, they are forbidden to engage in even truthful speech about the SEC’s case against them—for the rest of their lives—if it challenges any of the claims asserted in SEC’s original complaint against the defendant.

The New Civil Liberties Alliance, a nonpartisan, nonprofit civil rights group launched a video and petition to inform the public and hold the SEC accountable for this unconstitutional practice. The animated video depicts SEC bureaucrats plotting to silence Lady Justice by gagging her with her blindfold. At the end of the video, viewers are invited to sign a petition if they agree that the SEC should repeal its Gag Rule and stop violating the First Amendment.

NCLA argues that the Gag Rule violates the First Amendment both because it is a forbidden prior restraint on future speech and because people have no ability to waive the rights of the public to hear the truth about these cases. SEC’s wish to not have its enforcement practices criticized is not a legitimate basis for gagging free speech. NCLA represents real clients like a former CFO of Xerox, Barry D. Romeril, whose civil rights have been violated by this rule.

Justice should be blind.

And everyone should have a fair chance to defend themselves.

But when a government agency brings charges against you in its own internal court, innocent people don’t stand a chance and their reputations are forever destroyed.

At the Securities and Exchange Commission, 98% of cases settle because ordinary Americans cannot afford to fight the powerful agency.

And the moment defendants settle, they are silenced for life.

The SEC has been coercing defendants for five decades with a gag rule that forbids defendants from speaking the truth at risk of reprosecution.

But that is not how justice works.

The gag rule prohibits truthful speech and infringes the public’s right to hear criticism of these agencies.

As a people, we should never tolerate the injustice of the government silencing defendants.

Does anything offend the First Amendment more than government censorship of speech?