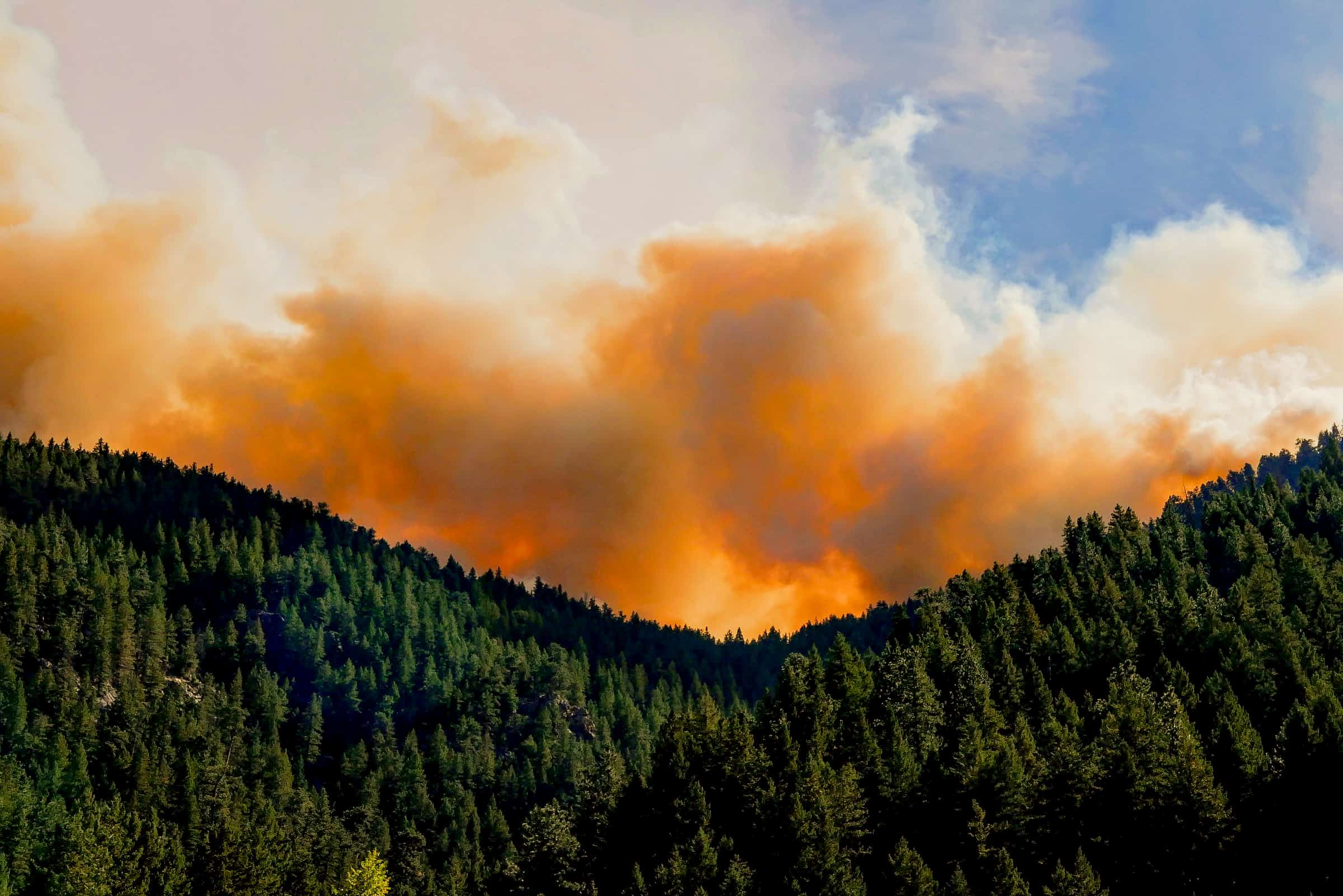 One fundamental problem with having agencies in Washington, DC issue thousands of regulations that apply to everyone and everywhere in the country is that there is simply no way for them to consider the thousands of ways in which their one-size-fits-all approach can go wrong. One area especially rife with peril is in the management of our federal lands.

On October 24, 2020, Estes Park, Colorado, home of the iconic Stanley Hotel and gateway to the Rocky Mountain National Park, was evacuated. There were three fires bearing down on the small mountain community. The Cameron Peak Fire began on August 13, 2020, and, at over 207,000 acres, is the largest in Colorado history. The CalWood Fire began October 17, 2020, and is close to 10,000 acres. The aptly named East Troublesome Fire began on October 14, 2020, and grew to over 170,000 acres in ten days, burning as many as 6,000 acres per hour as of October 23. The nearby Mullen Fire in Wyoming is over 175.000 acres. By way of comparison, Rhode Island is 988,864 acres, so these four fires have already consumed over ½ of the land area of an entire state. 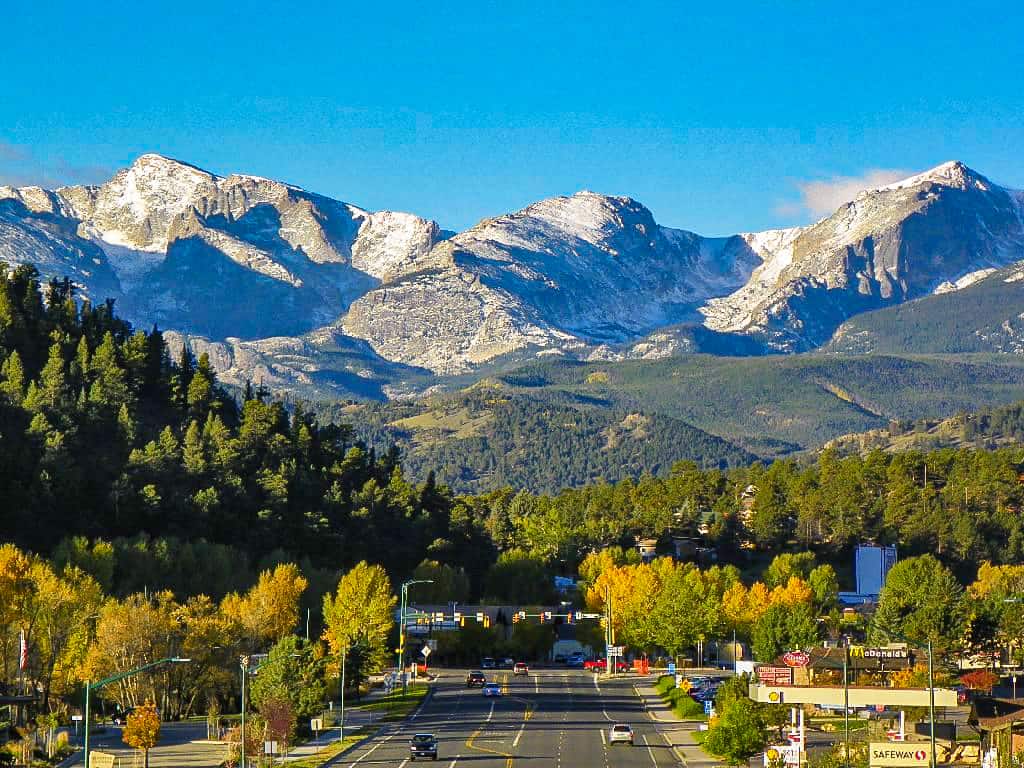 These fires have destroyed homes and other structures, millions of trees, millions of board feet of what could have been usable lumber (in a country desperately in need of affordable building materials), and entire watersheds (upon which Colorado and Wyoming communities depend for their water supplies). We have lost an untold number of wild animals, with minimum estimates being in the tens of thousands of dead deer, elk, mountain sheep, coyotes, small mammals, and birds. The long-term environmental consequences of these catastrophic forest fires are incalculable. 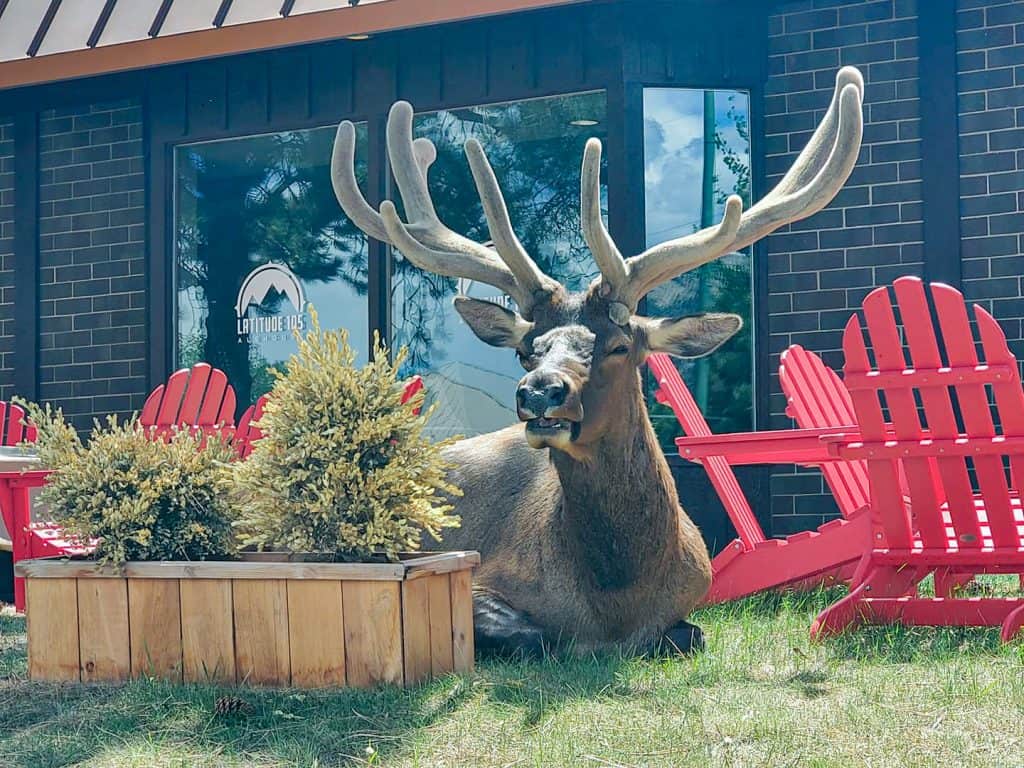 Elks are among the most abundant wild animals in Rocky Mountain National Park and Estes Park, Colorado

These fires are tragic beyond measure, but the real tragedy is that they were only made possible by the National Forest Service and its decision to block access to and management of 58.5 million acres of Forest Service lands (1/3 of the entire National Forest inventory), the vast majority of which are located in the interior west (with Colorado being home to 4.2 million of such roadless areas and Wyoming having another 3.2 million). It was in 2001 that the Forest Service adopted a regulation—known as the “Roadless Rule” (66 Fed.Reg. 3244)—barring all road construction and maintenance, thereby preventing not only the access necessary for proper management of these lands but ensuring that when a fire started, there would be limited access to prevent the uncontrollable conflagrations we are experiencing now.

The Forest Service was warned that the Roadless Rule would have devastating effects on forest health and the environment. According to an April 1999 GAO Report entitled “Catastrophic Wildfire Threats,” “[t]he most extensive and serious problem related to the health of national forests in the interior West is the overaccumulation of vegetation, which has caused an increasing number of large, intense, uncontrollable, and catastrophically destructive wildfires.” The GAO issued even more dire warnings in its 2000 Report on the impact the Roadless Rule would have on “Ecological Sustainability.” The GAO emphasized the fact that the Roadless Rule would apply a national prohibition on road construction “even if local conditions suggest that a road would help the agency to restore and maintain desired ecological conditions.” The Roadless Rule prohibited the construction of a road regardless of whether such roads were necessary to “reduce the risk of uncontrollable and potentially catastrophic fire or to improve the forests’ resistance to insects and diseases that otherwise could kill and add to fuel loads.”

The 2000 GAO Report also discussed the pine beetle outbreak that occurred in the Routt National Forest in north-central Colorado following a 1997 blowdown that felled 13,000 acres of trees in or adjacent to inventories roadless areas. The Routt National Forest officials objected to the Roadless Rule, correctly pointing out that it would not allow them to construct the roads necessary to remove trees infested by the beetles living in the deadfall, thereby making it impossible for them to “protect highly valued resources, such as scenic areas and adjacent campgrounds and ski slopes.” The “experts” in Washington, DC responded to such warnings by referring to such economic and environmental catastrophes as being “unavoidable adverse effects.” 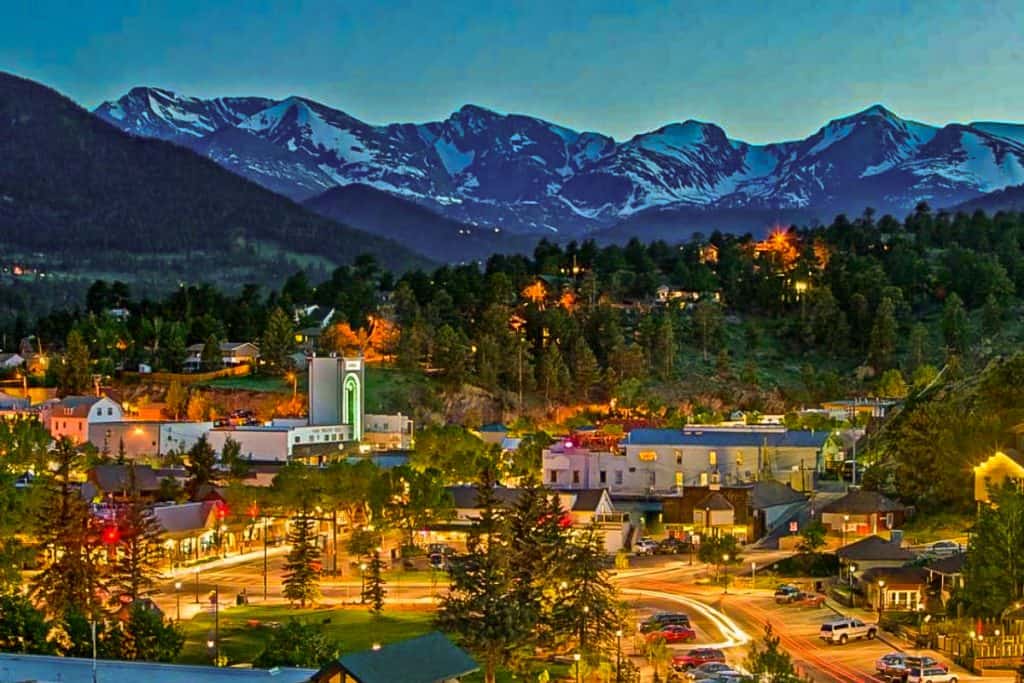 The 2000 GAO Report is especially important because the potential disasters that were predicted if the Roadless Rule was adopted have, in fact, come true. Stated succinctly, the Roadless Rule prohibited the harvesting and treatment of trees within that beetle kill area, with the beetles then exploding in number throughout the interior West. Such beetles eventually infected millions of acres of National Forest Service and privately-owned lands, killing millions of trees and destroying our logging and related industries.

To make matters worse, the reason that the Cameron Peak Fire, the CalWood Fire, the East Troublesome Fire, and the Mullen Fire have burned out of control for so long is because they all started in those areas that suffered the worst outbreak of the pine beetle infestation – the roadless areas that the Forest Service insisted on “protecting” through the Roadless Rule. The very areas that the Routt National Forest employees warned their DC-cohorts about in 1999 and again in 2000. And now our National Forests and parts of the Rocky Mountain National Park are burning to the ground, exactly as we were forewarned 20 years ago when the local citizens and forest managers tried to convince Washington, DC that the one-size-fits-all Roadless Rule would be ecologically devastating.

The Forest Service rammed the Roadless Rule through the rulemaking process in a little over a year from start to finish. In doing so, it violated every tenant of and purpose for the rulemaking requirements of the Administrative Procedure Act and the National Environmental Policy Act by refusing to take a “hard look” at the environmental impacts of imposing a Washington, DC designed one-size-fits-all approach to managing millions of acres of land and other natural resources. Those most affected by the decisions coming out of Washington, DC had no voice in the matter. Those with the expertise to understand how truly devastating the Roadless Rule would be were ignored.

The Roadless Rule represents the worst of regulatory overreach and epitomizes the hubris so evident in agencies and bureaucrats who believe that they can control impacts and outcomes by merely wishing it were so and issuing orders that mandate subservience to outlandish ideas. In a representative government—the one reflected in our Constitution—the citizens would have a say in how their resources are managed and the risks associated with bad policy decisions. Those discussions would take place with their elected officials (we are a Republic after all), with those most affected having a voice in the decisions made. In this case, there was only one constituency given voice—the one that dreamt up this idea in the first place, being the voice of those individuals who will never be held accountable for the destruction that they have caused.

Estes Park’s most famous landmark, the Stanley Hotel, was the inspiration for Stephen King’s “The Shining,” the story of a haunted hotel, and what would soon become its deranged caretaker. It is possibly one of the most well-known ghost stories and movies ever written or put up on the silver screen, with ghosts, haunted rooms, and madness playing out over a long cold winter in the Rocky Mountains. Halloween is an especially appropriate time to grab a bucket of popcorn and watch this timeless classic. 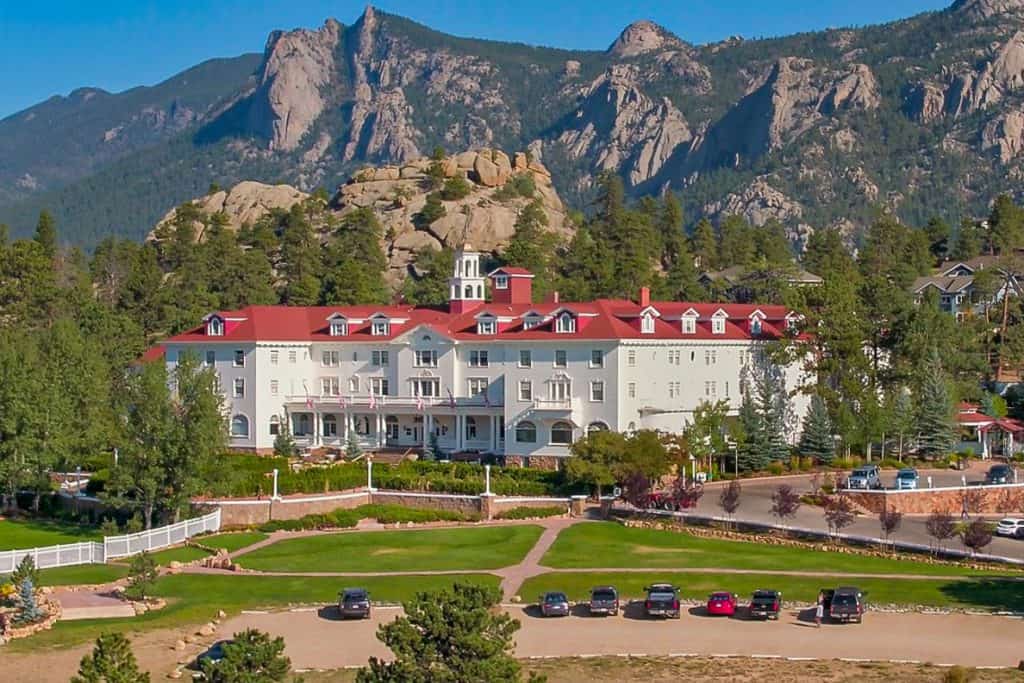 The Stanley Hotel, the most famous landmark in Estes Park, Colorado

In terms of reality, however, the scariest thing that has actually happened to Estes Park (and other mountain communities) and the Stanley Hotel came in the form of a bunch of people wearing Forest Service badges sitting in Washington, DC deciding that they could use the Administrative Procedure Act to throw open the gates of hell. The tragedy is that is exactly what has happened, and the folks of Colorado, Wyoming, and other areas where the Roadless Rule applies will forever suffer the consequences of one-size-fits-all regulations causing bad outcomes and destroying our environment in the process.