Packing the Court: A Bad Idea Then and Now 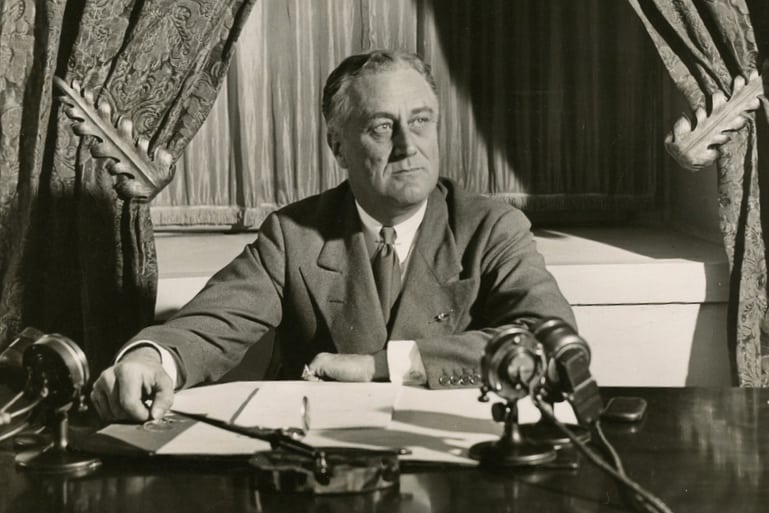 The issue of packing the Supreme Court is generating a lot of attention these days—often of the comic sort, if you enjoy watching Democratic candidates from President-elect Biden to the current Georgia runoff candidates bob and weave while not answering the question. Stunned by the unexpected death of Justice Ruth Bader Ginsburg, and hamstrung in their attempts to prevent a Trump appointment, or once the appointment was made, to Bork Judge Amy Coney Barrett, proponents of court-packing have revived an issue once thought to have been permanently laid to rest in 1937. The idea retains currency with Democrats even though Justice Ginsburg said as recently as July 2019, “Nine seems to be a good number. It’s been that way for a long time,” Ginsburg told NPR in an interview. “I think it was a bad idea when President Franklin Roosevelt tried to pack the court.”

This prompted me to go back and review the context and the contemporaneous reaction to President Franklin D. Roosevelt’s famous 1937 court-packing plan. What I found first pleased, and then astonished me.

Roosevelt had just been overwhelmingly reelected to his second term in 1936, by the fourth largest electoral vote margin in American history. Frustrated by Supreme Court rulings that he felt stood in the way of his New Deal legislation, he and his administration constructed his court-packing proposal in late 1936-1937. Because Roosevelt did not want to present the legislation before the annual February 2, 1937 White House dinner for the Supreme Court (um, awkward… And Wow! They used to have those?), FDR settled on February 5 to introduce the bill early enough in the Congressional session to make sure it passed before the summer recess, and, if successful, to leave time for nominations to any newly created Supreme court seats.

Public reaction was split. Many felt that the Supreme Court acted as an important check on the other branches, not the “third horse to be pulling in harness” with the other two branches. Roosevelt followed the introduction of his bill with his ninth Fireside chat on March 9, in which he leveraged his electoral popularity to make his case directly to the public. In his address, Roosevelt decried the Supreme Court’s majority for being a recalcitrant “third horse” that was not pulling in harness with the other two branches and argued that the Supreme Court’s opposition to the New Deal had reached a point where Congress “must take action to save the Constitution from the Court, and the Court from itself.”

A bipartisan Judiciary Committee Report followed, which pulled no punches. It opened by observing that the plan “applies force to the judiciary … [and] undermine[s] the independence of the courts,” by exerting “political control over the judicial department” by the executive and legislative departments in violation of the Constitution. It emphatically concluded that it was a needless, futile, and utterly dangerous abandonment of constitutional principle,” presented to Congress in a devious fashion that “obscured its real purpose.” The report concluded:

“[I]t seeks to do that which is unconstitutional. Its ultimate operation would be to make this Government one of men rather than one of law, and its practical operation would be to make the Constitution what the executive or legislative branches of the Government choose to say it is—an interpretation to be changed with each change of administration.

It is a measure which should be so emphatically rejected that its parallel will never again be presented to the free representatives of the free people of America.”

Even Roosevelt’s own Vice-President, John Nance Garner, opposed the court-packing plan. It was hastened to its just and early demise by the aptly named Justice Roberts’ infamous “switch in time” that saved nine, upholding New Deal legislation.

But one conclusion of the Committee stood out as amazing, accurate, and disturbingly prescient:

“It contains the germ of a system of centralized administration of law that would enable an executive so minded to send his judges into every judicial district in the land to sit in judgment on controversies between the Government and the citizen.”

Our work at NCLA concentrates on the unelected “fourth branch” of government’s enormous expansion of powers over the last near-century, which today subjects Americans to the powers of administrative law judges (ALJs) ten-times more likely to rule on a person’s controversies with the Government with no effective right of judicial review by an impartial, unbiased, and independent judiciary. As Professor Philip Hamburger has observed, these little “kings” essentially deprive Americans of their core civil liberties and have no lawful or constitutional place in our country’s original design.

Three cheers to the 1937 Judiciary Committee for their chilling prophesy, and a heartfelt thumbs-down to compliant and unthinking American citizens and members of state and federal legislative, executive, and judicial branches for allowing this perversion of our original system of justice to become cemented in place over the last decades. Our work at NCLA unrelentingly seeks to restore civil liberties to Americans by insisting upon a return to the original Constitutional design.