Back to the Future: Justice Jackson’s Prescient Dissent in Chenery II 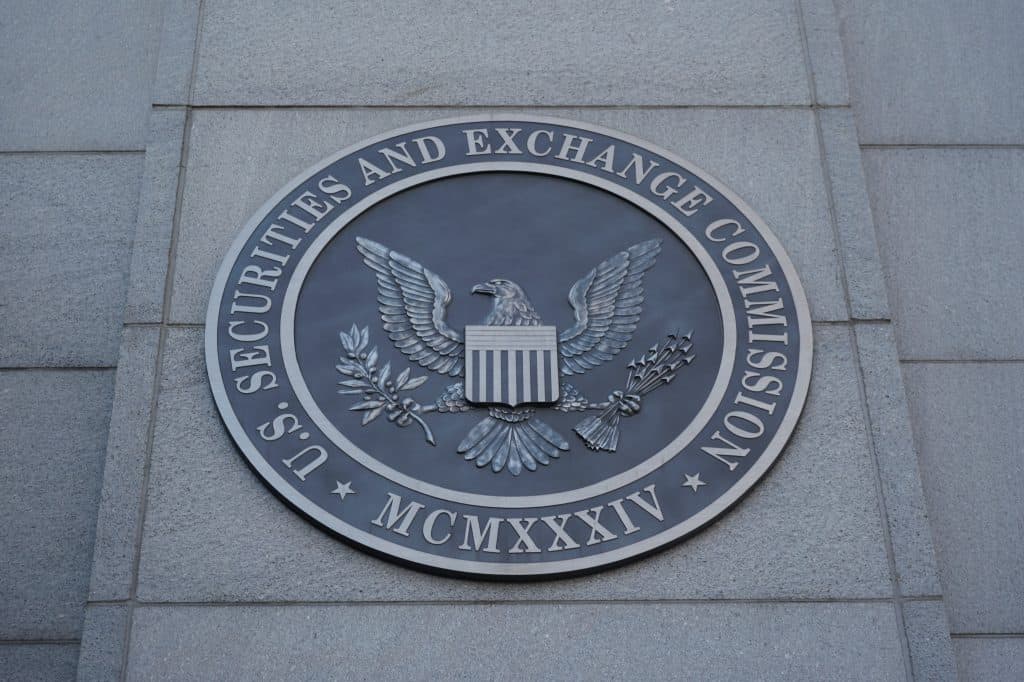 Justice Robert H. Jackson has long been recognized as one of the best writers ever to put pen to paper at the U.S. Supreme Court. His eloquent dissent in Korematsu v. U.S. stands as a high-water mark of resisting racial discrimination in wartime through reasoned, clear prose. He dissented because the majority held that Fred Korematsu was guilty of “an act not commonly a crime … merely being present in the state whereof he is a citizen, near the place where he was born, and where all his life he has lived.” Jackson warned that such racial discrimination “lies about like a loaded weapon, ready for the hand of any authority that can bring forward a plausible claim of urgent need” every repetition of which “imbeds that principle more deeply in our law and thinking, and expands it to new purposes.” Time has proven him right.

Many of Jackson’s opinions grace the constitutional law books aspiring lawyers learn from today (WV v. Barnette, Youngstown Steel, to name two) and justly add luster to his reputation. But who knew he was funny? And so prophetic? And a staunch adherent to legal and constitutional limitations on administrative power? A devastatingly logical 1947 dissent dissecting the SEC’s lawless abuse of administrative power resonates with just as much, if not more force today as the day it was issued. It captures a critical moment when administrative power tipped over a fulcrum and with the Court’s blessing “put most administrative orders over and above the law,” as he put it.

The case is called Chenery II. We know it is a tipping point because it came before the Supreme Court twice on identical facts with differing results. Four years earlier, the Supreme Court correctly held in Chenery I (1943) that the SEC’s order that management stockholders surrender lawful, open, and disclosed purchases of preferred stock during a reorganization—at cost plus 4% interest—was not within the SEC’s power as no fraud was committed and the agency order was neither more nor less than retrospective legislation.

Chenery II came before the court again in 1947. Jackson noted that no facts had changed: “Every party to the case agree[d] that the acquisition of the preferred stock was not forbidden by any law, judicial precedent, regulation or rule of the agency.” Furthermore the “purchase of the preferred stock ha[d] nothing to do with the corporate structure, or the classes or amounts of the stock, voting rights, or dividend preferences.” The SEC “admitted that the good faith and personal integrity of the management were not in question …[i]t was plain there was no fraud or lack of disclosure with the purchase …[i]t violated no standards of conduct proscribed by the agency …[or] generally applicable rule or regulation … and [did] not remotely affect the financial or legal factors of the reorganization.” As the justice succinctly put it, the “[d]ifference between Chenery I and II is thus simply the difference between holding that administrative orders must have a basis in law and a holding that absence of a legal basis is no ground to annul administrative power.”

So, what did the majority in Chenery II use to justify this about-face from the holding of a differently constituted court in 1943? Judicial deference to administrative experience.

Five lies and one truth

Five times SEC experience is recited in the majority opinion, says Jackson, who painstakingly sets out each instance with dutiful parenthetical citations in his dissent:

But the Experience Emperor has no clothes!

What, asks Jackson, are we to make of this “reiterated deference to administrative experience, when the court admits elsewhere that the agency had not previously been confronted with the problem of management trading during reorganization?” Driving the point home, Jackson says: “The Court’s reasoning adds up to this: The Commission must be sustained because of its accumulated experience in solving a problem with which it had never been confronted!” (Exclamation in original).

Jackson observes that the majority states that just because the agency has no experience with management trading during reorganization does not mean that it is “forbidden from utilizing this particular proceeding for announcing and applying a new standard of conduct.” ¶ 17 (Emphasis supplied by Jackson). Jackson pounces, for of course, the italicized language brings the Court “squarely in conflict” with retroactive lawmaking.

Jackson notes with palpable dark humor: “But the Court does not falter.” The majority blithely asserts ipse dixit “That such action might have a retroactive effect is not necessarily fatal to its validity…. “But such retroactivity must be balanced against the mischief of producing a result which is contrary to a statutory design or to legal and equitable principles.” Again, Jackson pounces, pointing out that if what SEC penalized really was condemned by “statutory design” or “legal or equitable principles,” those would have stopped the action “without resort to a new rule, and there would be no retroactivity to condone.”

It is at this point that the Justice says, “I give up. Now I realize what Mark Twain meant when he said, “The more you explain it, the more I don’t understand it.”

The best comedy is always the product of blistering logic unrelentingly applied to absurdity.

If it is of no consequence that an order must be supported by a rule of law, and Courts are obliged to defer to administrative experience and sustain an agency’s order merely because it has been asserted and exercised, of what use is it to print a record or briefs or hear oral argument? Administrative experience is always present, at least to the extent it is here, and thus would always dictate deference to administrative “experience.” Must a reviewing court support the order on presumptive or imputed experience even when the Court is obliged to discredit such experience in the very same opinion? Is such fictitious experience to be conclusive—especially in matters of law and particularly the interpretation of statutes?

“Surely an administrative agency is not a law unto itself?”, asks Jackson incredulously. “There was no law prohibiting these purchases when made, or at any time thereafter. And except for this decision there is none now.”

Jackson sets forth a devastating bill of particulars indicting the majority opinion, quoted nearly verbatim below:

“The truth is that the Court has approved the Commission’s assertion of power to govern without law and assert power to force surrender or overlook such acquisitions of stock[2] whenever it will. The reasons for either course remain locked in its own breast—and it has no intention of committing them to a general rule or regulation that would constrain the Commission’s power.’

Jackson muses with understatement: “This seems to me to undervalue and to belittle the place of law. It calls to mind Mr. Justice Cardozo’s statement that ‘Law as a guide to conduct is reduced to the level of mere futility if it is unknown and unknowable.’”

Jackson, a committed New Dealer and FDR appointee, describes just how unprecedented and profoundly dangerous this is: “The Court’s averment that this order is of the type that administrative agencies are best equipped to make is the first instance in which the administrative process is sustained by reliance upon that disregard of law which enemies of the process have always alleged to be its principal evil. It is the first encouragement this Court has given to conscious lawlessness as a permissible rule of administrative action. This decision is an ominous one to those who believe that men should be governed by laws that they may ascertain and abide by, and which guide those in authority as well as those subject to their authority.”

I have long urged the administrative process as an expeditious and non-technical method of applying law in specialized fields. I can not agree that it be used, and think its continued effectiveness is endangered when it is used, as a method of dispensing with law in those fields.

The Enduring Myth of Agency Expertise

Jackson’s insights are of even greater significance today given the exponential growth of the administrative state and its multiplying tentacles of enforcement. For example, in 2018’s landmark case Lucia v. SEC, the SEC was still wheeling out its hobby-horse of agency expertise to defend its unconstitutionally appointed administrative law judges (ALJ). NCLA’s amicus brief uniquely pointed out that not only do SEC ALJs face significant institutional pressures to side with the SEC, making them biased adjudicators, but they also lacked any subject-matter expertise when appointed. As in Chenery, expertise remains a fiction that cannot withstand scrutiny in justifying administrative power.

The Lucia case shared another defect with Chenery. There was no law, regulation, guidance or other proscription against the conduct with which Mr. Lucia was charged. His ALJ found him guilty of securities fraud because his conduct did not meet the standard that his ALJ adopted after the fact in his case. The penalty for this retroactive, unlegislated, and unenacted “crime”? Hundreds of thousands in fines and a lifetime ban from the securities industry—even when not one person alleged any losses or damages from Mr. Lucia’s newly unlawful conduct. Just as in Chenery, the SEC acted as “a law unto itself.” In 1947, such retrospective lawmaking by bureaucrats was novel and shocking to Justice Jackson. Sadly, regulation by enforcement is widely practiced by most administrative agencies in thousands of cases across the 70+ years since Jackson denounced this practice.

The more things change, the more they stay the same. The time is long past for Chenery II to be reversed. Just as his dissent in Korematsu effectively stands as the true precedent in that thoroughly discredited and formally renounced case,[3] Justice Jackson’s Chenery II dissent would make a suitable template for an overruling majority opinion by virtue of its devastating reasoning and acute sense of injustice that resonates so powerfully against today’s unlawful Administrative State.

[1] Apparently, the new court majority adhered to the first law of propaganda which is “Repeat a lie often enough and it becomes the truth.”

[2] Amusingly, SEC didn’t want to adopt this as a general rule of invalidating management purchases during reorganization, as noted by Jackson in footnote 3 of his dissent. SEC suggested that it would not apply if the management preferred shares lost value.  Accordingly, SEC wanted the “flexibility” to decide after the fact whether management purchases were illegal. That alone gives up the game. As Justice Jackson notes, for law to be lawful, it must be promulgated as a generally applicable rule known in advance to prohibit specified conduct, not an after-the-fact stripping of lawful purchases that resulted in increased value.

[3] Although not technically an overruling, in Trump v. Hawaii, Justice Roberts repudiated Korematsu as “gravely wrong the day it was decided.”