Everyone Entering Marco Island Be Warned: City Is Keeping Tabs on You 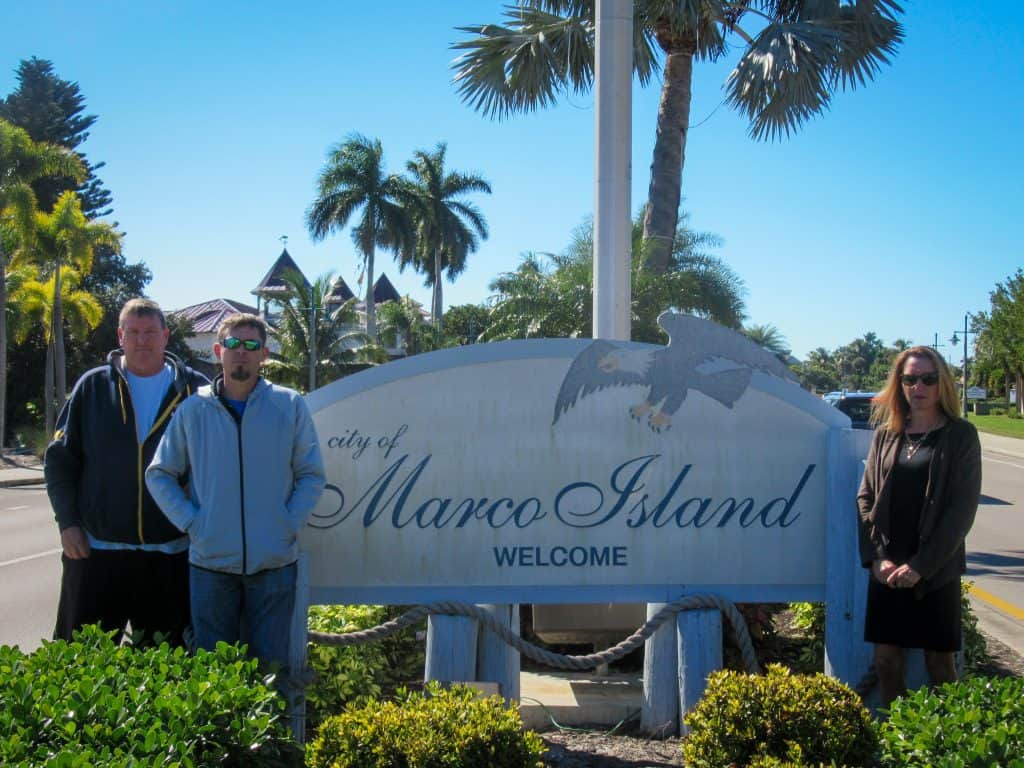 NCLA filed a lawsuit against the City of San Marco, Florida, on February 7, 2022, challenging the use of Automatic License Plate Readers (ALPRs) to track all drivers within city limits. This marks NCLA’s second lawsuit against a Florida municipality’s use of ALPR technology on Fourth Amendment grounds—the first case was filed against Coral Gables.

How Does ALPR Technology Work?

ALPRs combine high-resolution cameras with image-processing software to identify passing cars by their license plates. Mounted at either fixed locations or on mobile vehicles, ALPRs continuously and indiscriminately scan passing cars. Software then converts the license plate of each car into machine-readable text, which is logged with the time, date, and GPS location.

The ALPR uploads this information to a database where it can be stored indefinitely. Law enforcement agencies contract with private companies to maintain such databases, which can be accessed to track the historical GPS locations of any car that was scanned. Vigilant Solutions—the company that contracted with both San Marco and Coral Gables to provide ALPR services—maintains billions of license-plate data points (each with time and GPS-location data) that it shares with law enforcement agencies across the country.

Deployment of ALPR technology raises obvious Fourth Amendment concerns. In Carpenter v. United States, 138 S. Ct. 2206 (2018), the U.S. Supreme Court held that police need a warrant to obtain from cellphone companies “cell-site location information” that provide the historical locations of a mobile phone to reconstruct the owner’s prior movement. The Court reasoned that the “depth, breadth, and comprehensive reach” of this data, along with “the inescapable and automatic nature of its collection,” invades the owners’ reasonable expectation of privacy and thus triggers the Fourth Amendment’s warrant requirement.

While Carpenter concerned cell-site location information, it laid out an aggregation principle that applies equally in the surveillance-camera context. A single snapshot on a public street—whether from a cell site or a camera—does not normally invade an individual’s reasonable expectation of privacy. But the accumulation of countless snapshots over a lengthy period, stored indefinitely and made searchable at will, crosses the reasonable-expectation threshold because the whole of one’s public movement reveals far more than the sum of its parts.

Courts have applied Carpenter’s logic to surveillance cameras, such as ALPRs. The decision in Commonwealth v. McCarthy, 142 N.E. 3d 1090 (Mass. 2020), exemplified one analytical approach. In that case, a criminal defendant attempted to suppress ALPR evidence collected over several months regarding the dates and times he crossed two bridges on Cape Cod. The Massachusetts Supreme Court recognized that ALPR surveillance could violate the Fourth Amendment but ruled that no violation occurred because the police accessed only data from the two bridge crossings, which were not near “constitutionally sensitive locations,” such as the defendant’s “home [or] a place of worship.” Put another way, while Massachusetts operated ALPRs at many locations, McCarthy focused on a relatively narrow query concerning two bridges. Since that query revealed few details about the defendant’s personal life, no Fourth Amendment search occurred.

The Fourth Circuit adopted a more holistic approach in Leaders of a Beautiful Struggle v. Baltimore Police Department, 2 F.4th 330, 335 (4th Cir. 2021) (en banc). Baltimore had been taking high-resolution aerial photographs of the city at a rate of one per second for “short[] snippets of several hours” at a time and retained the images for 45 days. There was no allegation that Baltimore queried the imagery database to track a specific person’s movements. The Fourth Circuit nonetheless held this surveillance program violated the Fourth Amendment because it collected and stored data that could be used to track individuals.

Whereas the Massachusetts Supreme Court’s Fourth Amendment analysis focused on the scope of the query, the Fourth Circuit analyzed the scope of the collection. The collection-based approach is more appropriate in the ALPR context. To start, commonsense suggests a Fourth Amendment “search” occurs whenever the government collects information, not when it examines a portion of what it already collected.

Moreover, the query-based approach may be unworkable. According to McCarthy, whether the government’s ALPR query constitutes a search in need of a warrant depends on the amount of information revealed. But the Fourth Amendment requires police to obtain a warrant before making that query in the first place.

Finally, police can make a broad ALPR query but then evade the warrant requirement by entering into evidence a less-revealing portion. For example, McCarthy focused on ALPR data from the two bridges. But we do not know if the police made broader ALPR queries that did not reveal criminal activity and thus were never entered into evidence.