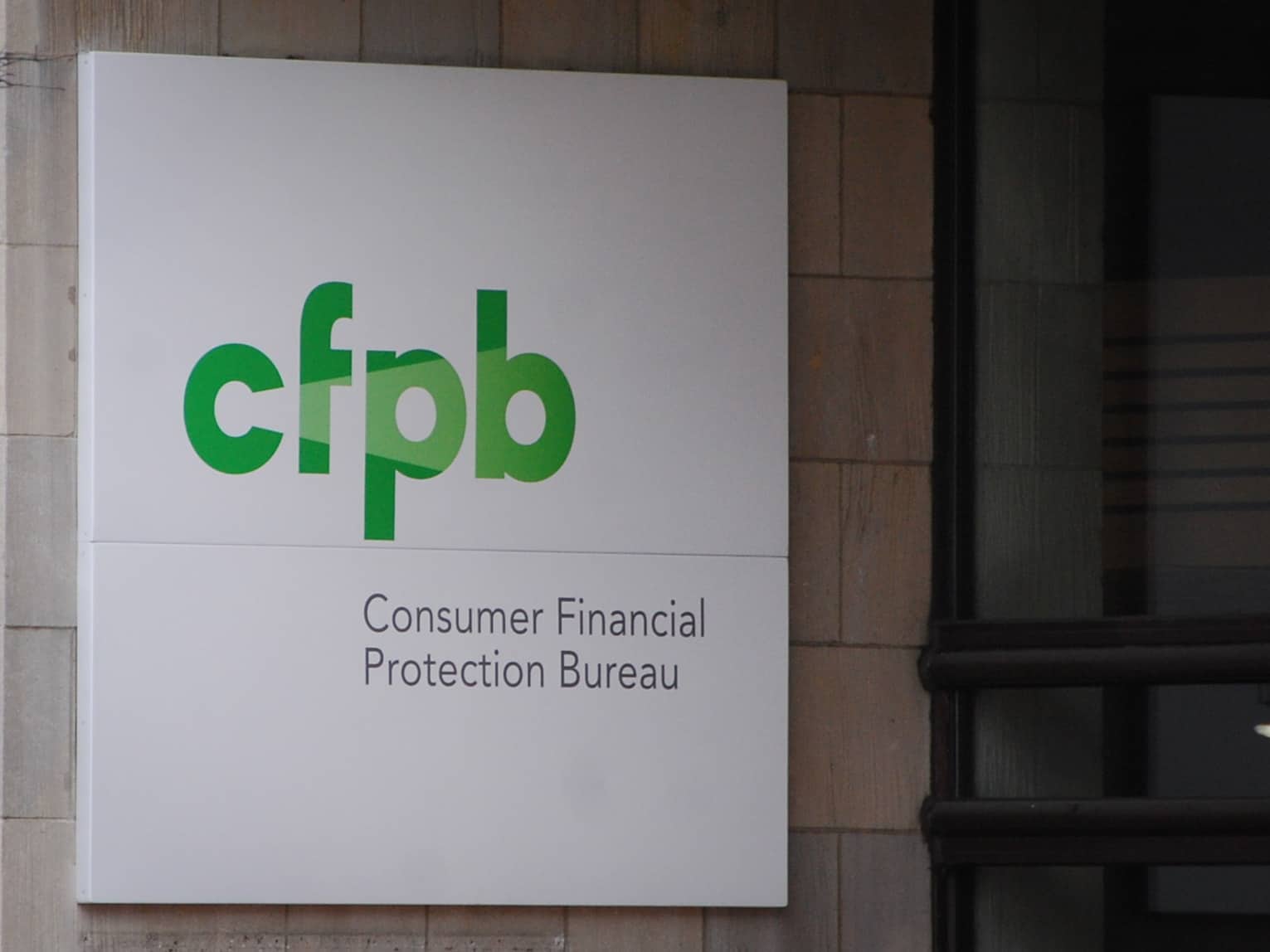 Defenders of the administrative state have long contended that the Government runs much more smoothly when professional bureaucrats are granted free rein to act in “the public interest,” unconstrained by political forces that they fear are, all too often, dominated by “special interests.” That belief led in 2010 to creation of the Consumer Financial Protection Bureau (CFPB), an agency structured by Senator Elizabeth Warren and others to be entirely insulated from control by the political branches of government. To ensure CFPB’s independence from control by future Congresses and Presidents, enabling legislation provides that: (1) CFPB’s single Director cannot be removed from office during his five-year term except for good cause; and (2) CFPB is exempt from the normal appropriations process and instead is entitled to determine the size of its own budget by demanding appropriations from the Federal Reserve Board.

But that structure runs headlong into separation-of-powers principles enshrined in the U.S. Constitution, which grants the President sole authority to execute the laws (Article II) and grants Congress sole authority to appropriate the expenditure of federal funds (Article I, § 9, cl. 7). Two years ago, the Supreme Court held unconstitutional the CFPB Director’s for-cause removal protection. Seila Law LLC v. CFPB, 140 S. Ct. 2183 (2020). And an opinion issued this past month by Judge Edith Jones of the U.S. Court of Appeals for the Fifth Circuit served notice that CFPB’s exemption from the normal appropriations process may soon be invalidated by the courts as well. CFPB v. All American Check Cashing, Inc., 2022 WL 1302488 (5th Cir., May 2, 2022) at *2 (Jones, J., concurring). Four other Fifth Circuit judges joined Judge Jones’s opinion. None of the judges on that court expressed disagreement with her view that CFPB’s funding structure violates separation-of-powers principles.

The New Civil Liberties Alliance is challenging the constitutionality of CFPB’s funding structure in a case pending in the U.S. Court of Appeals for the Second Circuit. A decision is expected in that case, CFPB v. Law Offices of Crystal Moroney, P.C., at any time. Judge Jones’ opinion is likely to play a major role in the Second Circuit’s deliberations.

The Fifth Circuit’s ruling arose in the context of a CFPB civil enforcement action against All American Check Cashing, a payday lending business accused by CFPB (along with its owner) of engaging in unfair, deceptive, or abusive practices. The defendants moved to dismiss, challenging CFPB’s constitutionality on separation-of-powers grounds. The district court denied the motion but granted the defendants the right to seek an interlocutory appeal. A three-judge Fifth Circuit panel rejected their claim that the CFPB Director’s tenure protection violated Article II by unconstitutionally interfering with the President’s authority to execute the laws, but soon thereafter the Supreme Court’s Seila Law decision reached the opposite conclusion—a development that led the Fifth Circuit to vacate the panel decision rehear the appeal en banc.

In briefing before the en banc court, the parties disagreed regarding whether both of the defendants’ separation-of-powers claims—both the Article II claim and the claim that CFPB’s funding structure violated the Appropriations Clause—were included within the defendants’ interlocutory appeal. (Interlocutory appeals—that is, appeals filed before the district court has issued a final judgment—are only sparingly granted, and their scope is strictly limited to review of the order from which an appeal is taken.) The en banc Fifth Circuit agreed with CFPB that the interlocutory appeal permitted review of the defendants’ Article II claim only. In light of the Supreme Court’s Seila Law decision, the appeals court ruled for the defendants on the Article II claim, vacated the district court’s order denying their motion to dismiss, and remanded the case to the district court for further proceedings. All American Check Cashing, 2022 WL 1302488 at *1-*2.

Judge Jones and four other Fifth Circuit judges concurred with the court’s ruling that the district court’s order denying the motion to dismiss—the subject of the interlocutory appeal—should be vacated. But they would have gone further and held that CFPB’s funding structure violates the Appropriations Clause. Judge Jones’s conclusion, if ultimately adopted by the courts, would have major ramifications: it would throw into doubt the validity of virtually every action undertaken by CFPB.

The Constitution’s Appropriations Clause, U.S. Const. art. I, § 9, cl. 7, imposes an important check on Executive Branch authority by commanding that “no money shall be drawn from the Treasury, but in Consequence of Appropriations made by Law.” Judge Jones’s opinion summarizes the history leading to adoption of that clause and concludes that its meaning “was well-established and widely accepted before, at, and after the Constitution’s ratification”: the clause “eliminates the option not to require legislative appropriations prior to expenditure.” All American Check Cashing at *6.

CFPB’s funding structure is in considerable tension with that requirement. Unlike other federal agencies, whose funding derives from regular congressional appropriations, CFPB (through its Director) simply requisitions from the Federal Reserve “the amount determined by the Director to be reasonably necessary,” subject to a cap of 12% of the “combined earnings” of the Federal Reserve. 12 U.S.C. § 5497(a)(1). (The Federal Reserve in turn derives most of its income from interest earned on its bond holdings, not from congressional appropriations.) As Judge Jones aptly described the statutory structure, Congress “severed any line of accountability between it and the CFPB by giving the CFPB a perpetual source of funding outside the appropriations process.” All American Check Cashing at 4.

In concluding that CFPB’s unique funding structure is incompatible with the Appropriations Clause, Judge Jones discounted CFPB’s arguments that Congress’s ability to adopt new legislation altering the funding structure ensures that the Bureau remains adequately accountable to Congress. She explained, “Congress is always capable of fixing statutes that impinge on its own authority, but that possibility does not excuse the underlying constitutional violation. Otherwise, no law could run afoul of Article I.” Id. at *15. She characterized CFPB’s funding structure as “turn[ing] the Appropriations Clause on its head”; while that clause guarantees accountability by requiring Congress to appropriate funds, “CFPB’s funding structure … entitles the CFPB to spend public funds—forever—unless prohibited by Congress.” Id. at *16. She also asserted that Congress faces “nearly insurmountable” barriers were it to attempt to alter CFPB’s funding structure: it “must overcome a crowded legislative agenda, obtain the support of congressional leadership and both houses, and survive an almost certain presidential veto.” Ibid.

Nor did Judge Jones accept that Congress fulfilled its Appropriations Clause responsibilities when it authorized (virtually unlimited) funding for CFPB at the time it created the Bureau. She concluded that “for Congress’s power of the purse to meaningfully restrain the executive, appropriations to the executive must be temporally bound.” Id. at *11. She explained, “If Congress grants a perpetual source of funds to an executive branch agency, the agency is no longer dependent and, as a result, no longer accountable.” Ibid.

Judge Jones found it particularly problematic that CFPB’s funding structure lacks any historical precedent. Quoting the Supreme Court’s decision in Free Enterprise Fund v. PCAOB , 561 U.S. 477, 505 (2010), she noted that “[a]nother sign of a ‘severe constitutional problem” with CFPB’s funding structure is ‘the lack of historical precedent’ to support it.’” Id. at *13. Although CFPB pointed to a handful of other agencies that enjoy some degree of self-funding, including the Federal Reserve Board, the Federal Deposit Insurance Corporation, and the Office of the Comptroller of the Currency, she concluded that none of those agencies are comparable to CFPB. Ibid.

Other Challenges to CFPB’s Funding Structure

All American Check Cashing is far from the only CFPB target to defend itself by challenging the constitutionality of CFPB’s funding structure. Such challenges have proliferated in the wake of Seila Law. While Judge Jones’s opinion is the first appellate opinion to address the issue, it will not be the last. As noted above, NCLA is challenging CFPB’s funding structure on behalf of a client in a case that will be decided by the Second Circuit in the coming months. That five judges signed onto Judge Jones’s opinion and that no appellate judge has expressed a dissenting view suggest that there is good reason to doubt the constitutionality of CFPB’s funding structure and that the issue will reach the Supreme Court in the years to come.

Moreover, if challengers prevail, the constitutional “fix” will not be easy, and could result in invalidation of significant numbers of CFPB actions. For example, Judge Jones concluded that the proper remedy for the Appropriations Clause violation was dismissal of CFPB’s enforcement action against All American Check Cashing, even though statute-of-limitations issues might prevent a constitutionally rejuvenated CFPB from filing new charges. Id. at *18. She stated that dismissal was warranted because “the separation of powers problem flowing from the CFPB’s budgetary independence concerns the CFPB’s authority to act” and “CFPB lacked authority to use the funds necessary to pursue the enforcement action against All American.” Ibid.

If CFPB targets ultimately prevail in their challenges to CFPB’s funding structure and Congress acts to eliminate the constitutional deficiencies, CFPB’s ability to proceed against those targets may well depend on the reconstituted CFPB’s ability to “ratify” actions taken by the old CFPB. It likely would be many years before the courts could finally resolve those ratification issues.